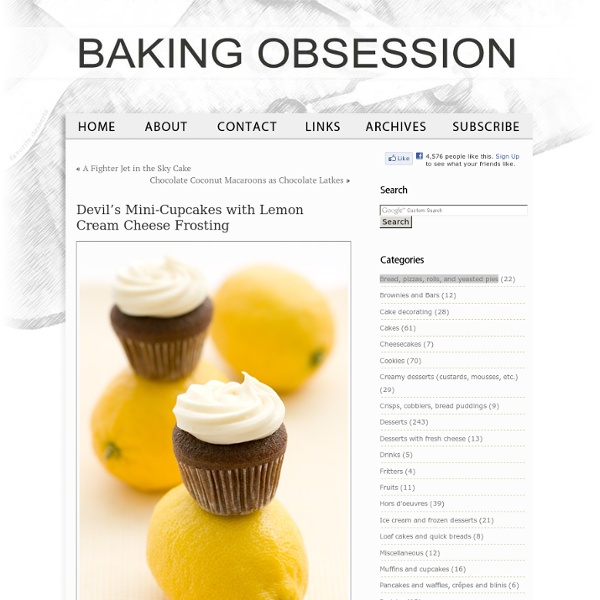 Chocolate Coconut Cupcakes with Caramel Buttercream Frosting I had almost started making these when I realized I was out of praline paste. I did want the frosting to be caramel, but I didn’t have neither intention nor time for making praline at that moment. Instead, I quickly fixed caramel crème anglaise and then turned it into the buttercream. I liked the outcome. The caramel flavor was there, and the texture was perfect for piping – soft, but also very stable. Makes 12 regular-sized cupcakes or 24 mini ones For the cupcakes: 1 ¼ cups all-purpose flour ¾ cup Dutch-processed unsweetened cocoa powder 1 tsp baking powder ½ tsp baking soda ½ tsp salt ½ cup sour cream, at room temperature 160 ml (small can) unsweetened coconut milk (light is ok) 1 tsp pure vanilla extract 1 tsp natural coconut extract (optional) 1 stick (4 oz) unsalted butter, at room temperature 1 cup granulated sugar 1 large egg, at room temperature ½ cup unsweetened coconut, lightly toasted For the caramel buttercream: Make the cupcakes: Make the caramel buttercream:

Mint Chocolate Chip Cupcakes Last week, Brian came home from work and said that his boss had cheated on me. Say what? Apparently said boss ate a Mint Chocolate Chip Cupcake from a local bakery and thought it was amazing. I shrugged my shoulders because I didn’t really know that an exclusivity clause came with consuming my cupcakes. My game face lasted about 2 minutes because I realized that I had no more than 1/4 cup of cocoa powder in the house. However, after a quick fridge scan, I realized that I did have all the ingredients for my favorite boxed mix recipe. I figured if anything, I could play around with mint-chocolate buttercream to get the recipe just right and then test out a scratch recipe later. Since I wanted the mint flavor to really shine through in both the cupcakes and the frosting, I took advantage of the bag of Andes Crème de Menthe baking chips that I have been taking up space in my pantry for months. All this mint chocolate cupcake perfection ended up completely for naught!

cheesecake-marbled brownies Rumor has it that pregnancy doesn’t just lead to swollen ankles, an insatiable need for peanut butter and a belly that causes what I will have to assume are otherwise polite people to ask if you’re having twins. Rumor has it that pregnancy quite often leads to teacup humans, and those teacup human need to be “delivered” from one world to another. Oh my god, I am going to have to birth a baby, aren’t I?! Fortunately for all of us, this is not the kind of blog where I would subject you to the details of delivery, in part because I plug my ears and say “la la I can’t hear you” when anyone brings them to my attention and in part because I’m in the practice of encouraging appetites and well… you know. I am also, or at least currently, in the practice of bribery; shameless, unapologetic, unequivocal bribery. One year ago: Braised Romano BeansTwo years ago: Apple-Yogurt CakeThree years ago: Giardiniera Cheesecake-Swirled Brownies Adapted from Gourmet, June 2007

Nutella Cupcakes Recipe Today is World Nutella Day, so you knew there was no way I’d forgo posting something that utilizes this delicious Chocolate Hazlenut spread. As I have stated once or twice, I love Nutella and I’m pretty certain you could smear the stuff on a piece of cardboard and I’d be completely content! Taking a simple chocolate cupcake recipe and filling the middle with that awesome Nutella lusciousness, definitely quenches that hazelnut craving that I get more frequently than I’d like to admit. This post is not your typical MBA post; meaning it’s not a complete recipe. The Method: -I made one of my favorite chocolate cupcake recipes according to the recipe directions (you’ll see my fave in an upcoming fundamentals post). A Few Notes: -New to making buttercream frosting? Looking for more Nutella Deliciousness? Mocha Shortbread with Nutella from My Baking AddictionNutella Crepes from Dine & DishNutella Fudge Brownies from Wenderly If you enjoyed this recipe, you may like...

Carrot Cake Recipe Years ago, when I was still in college, someone gave me a copy of the Silver Palate cookbook. I remember many of the recipes being over the top, both for my palate and budget at the time, and come to think of it, my cooking skill as well, but I still loved this book. The carrot cake recipe I photocopied and sent to my parents, with the note, “Make this cake, it’s great!”. Carrot cake had always been my favorite, and this recipe? Who ever heard of putting coconut AND pineapple in a carrot cake? 25 years ago, no one I knew, but the combination was fantastic. Over the years my father has made this cake for my birthday countless times, even driving hours to deliver it when I lived in Palo Alto or San Francisco. Ingredients Cake: Frosting: 8 oz cream cheese, at room temperature6 Tbsp unsalted butter, room temp2 1/2 cups of confectioners' sugar1 teaspoon vanilla extract2 Tbsp lemon juice Method 1 Preheat oven to 350°F. 2 Sift dry ingredients into a bowl. 3 Pour batter into pans.

Going nuts over chocolate peanut butter cupcakes with caramel peanut glaze FACT: Arachibutyrophobia is the fear of peanut butter sticking to the roof of one's mouth. Peanuts are so underrated. Almonds are sexy thanks to macarons and friands. Pistachios are oh so exotic when doused with rosewater and honey in baklava. But the poor wee peanut doesn't have such a glamourous rep. They're always the ones left uneaten in the roasted nut mix and unlike delicious pecan pie and chic frangipane tarts you don't hear anyone sing the praises of a peanutty pastry creation. It seems the humble peanut is relegated to being the boring forgettable nut-cousin. I'm a nutter when it comes to peanut butter. But for some reason, I've never tried incorporating it into a cupcake or cake recipe. Hello Chocolate Cupcakes with Peanut Butter Frosting and Caramel Peanut Glaze. I have to admit when I first read about peanut butter cream cheese frosting on smitten kitchen I wasn't entirely sold on the idea. I was still skeptical even while making the frosting. This frosting Blew. 2 cups flour

Very Vanilla Cupcakes My favorite homemade very vanilla cupcake recipe. Ditch that boxed mix, these are 1000% better! What a week it has been! Yesterday was a bittersweet day for me – my last day at my office job. My job in the corporate financial world has been a part of my life for 4 years. Without the experience learned in my career, I would not be where I am today with my website. A new chapter is about to unfold and you may be seeing a lot more of me. Today I’m bringing you something simple. After I shared my Easy Homemade Funfetti Cupcake recipe with you, I had many readers write to me and ask for a plain vanilla cupcake recipe. I took the funfetti cupcake recipe, tossed the egg yolk, added in an extra egg white, used vanilla yogurt, and loaded the batter with fresh vanilla bean. I bought a jar of vanilla beans at Whole Foods for only $6. Wait until you smell these cupcakes baking in your kitchen… Today’s cupcakes come from a very simple batter that can be mixed by hand. Love cupcakes? Print Description

Red Berries Tray Bake with Cheesecake Ripple - Berry Week #2 I am a girl and I love pink. Well, maybe a woman now, hehe. Well, girls seem to be born with this liking for pink. My girls love pink. I never teach them to like pink. I am not pink crazy that I love my car or room to be pink, dressed in pink from top to toe, pink lipstick and eyeshadow, but when cakes or desserts come in pink, I am totally swooned. Not that I don’t love plums that I don’t want to use them like Patricia did. At first I wanted to use some blueberries too, but then I don’t want to spoil the “pinkness” in this cake. Red Berries Tray Bake with Cheesecake RippleSources: Cream cheese mixture 125gm cream cheese 2 Tbsp sugar 1 tsp vanilla extract Cake batter 120gm butter 120gm soft brown sugar 2 eggs ½ tsp vanilla extract 140gm all purpose flour 1/ 2 tsp baking powder 200gm raspberries and strawberries 1. 2. 3. 4. 5. 6. Verdict: Very soft and moist!!! Do not keep it at room temperature for more than 24 hours.

Sweet & Salty Cupcakes: chocolate & salted caramel cupcakes with whipped caramel ganache frosting Sweet and Salty. I know, at first glance, that doesn't sound like the nicest of combinations. Initially for me it conjured up horrific experiences at asian-style bakeries where the seemingly delicious looking pizza bread is actually made with a sweet bun and sugary glaze, or a tempting sweet looking bun turns out to have ham or some other savoury meaty filling....savoury and sweet baking is just not my cup of tea. But sweet and salty is a whole other ball game: think salted caramels, sea salt toffee and thai mango sticky rice. Sweet and salty seems to be the flavour of the month with the Sweet and Salty Cake being raved about all over the food blogging world. The Sweet and Salty Cake consists of three parts: chocolate layer cake + caramel with salt sauce + whipped caramel ganache. The salted caramel sauce is to die for. This is one heck of a labour intensive cake though and will use every bowl and saucepan you own. These cupcakes in particular were for Mel's mother-in-law's birthday. 1.