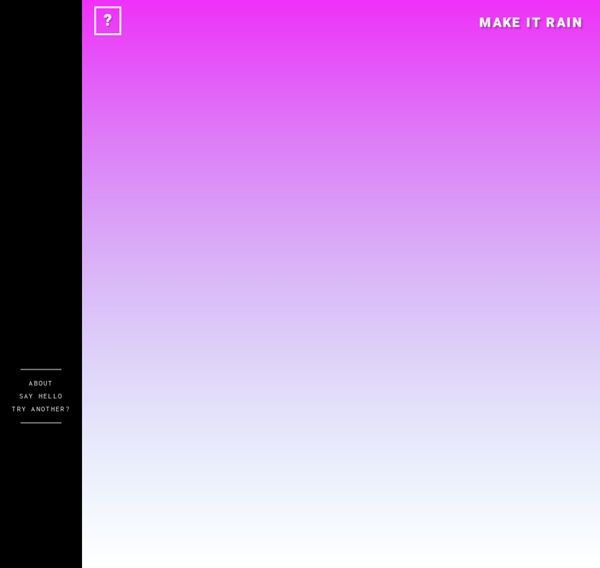 15 Powerful Things Happy People Do Differently What are the differences between happy people and unhappy people? Of course, it should be very obvious: happy people are happy while unhappy people are unhappy, right? Well, that is correct. 1. Well, I can tell you for sure that those people who are really happy, fear less and love a lot more. 2. Happy people understand that you can’t really change a situation by resisting it, but you can definitely change it by accepting that it is there and by understanding that there might be a reason for its existence. 3. Really happy people know that it’s not healthy to hold on to anger. “Holding on to anger is like grasping a hot coal with the intent of throwing it at someone else; you are the one who gets burned.” ~ Buddha 4. They trust themselves and the people around them. 5. They do the things they do because of the meaning it brings into their lives and because it gives their lives a sense of purpose. 6. 7. 8. 9. 10. These people don’t really care about being realistic. 11. 12. 13. 14. 15.

Bullish Life: When Men Get Too Emotional To Have A Rational Argument Jennifer Dziura writes life coaching advice weekly here on TheGloss, and career coaching advice Fridays on TheGrindstone. On the night of the election, I was alone in my apartment, refreshing CNN.com. The electoral tally went above 270. I refreshed again! Finally, the headline! I wanted to share with someone, so I went downstairs and told my doorman. Since then, white men all over the television have been LOSING THEIR SHIT. This seems like just the right cultural moment for an article I’ve been thinking about for a long time. Women’s Emotions are “Emotions,” Men’s Emotions are “How People Talk” A long time ago, in Bullish: What Egg Donation Taught Me About Being a Dude, I quoted Ben Barres, Chair of the Neurobiology department at Stanford, and also a transsexual man: It is just patently absurd to say women are more emotional than men. I wish to dispel the notion that women are “more emotional.” This is incorrect. I love Rachel Maddow. [msnbc2 launch=”47223392″] I was genuinely taken aback.

Berne Convention for the Protection of Literary and Artistic Works of September 9, 1886, completed at PARIS on May 4, 1896, revised at BERLIN on November 13, 1908, completed at BERNE on March 20, 1914, revised at ROME on June 2, 1928, at BRUSSELS on June 26, 1948, at STOCKHOLM on July 14, 1967, and at PARIS on July 24, 1971, and amended on September 28, 1979 The countries of the Union, being equally animated by the desire to protect, in as effective and uniform a manner as possible, the rights of authors in their literary and artistic works, Recognizing the importance of the work of the Revision Conference held at Stockholm in 1967, Have resolved to revise the Act adopted by the Stockholm Conference, while maintaining without change Articles 1 to 20 and 22 to 26 of that Act. Consequently, the undersigned Plenipotentiaries, having presented their full powers, recognized as in good and due form, have agreed as follows: Article 1 Establishment of a Union 2 Article 2 Protected Works:1. Article 2bis Possible Limitation of Protection of Certain Works:1.

the Figure Drawing LAB www.nowhitespace.org/writing/cheatsheet.pdf Invalidation Excerpts from an article by Cathy Palmer-Scruggs (Full article) Recently, I had a few situations to come up that called for some comfort from my friends. I really needed them. A few came through for me in just 'being there'...and others took it as their cue to 'give advice'...and believe me, it only made the situation worse. I did not ask anyone for advice. I don't make the habit of asking my friends for advice....believe me. No one likes to hear things like "don't let it get to you"...or "don't let her / him get to you"....or "you need to just 'get over' this"....etc. It's easier said than done....how does one not let things get to them? Then there's the other side of the coin...the friends who do not know what to say and do, so, they avoid their friend altogether...the friend in pain. They know that not all of their friends are poetic, graceful with words...know 'just what to say'....this isn't a contest of who can make them feel the best. Be a friend.... Note from S.

Lonely road: Why school is hell for transgender pupils - Schools - Education The day that Lauren Quick, 11, started at the mixed comprehensive in her Yorkshire home town, an older lad stormed into her classroom at break, shouting, "Oi, there's a tranny in here – show me where it is!" Suddenly, Lauren, who had been insisting from the age of three that she had "a girl brain in a boy's body", was surrounded. She was distraught and, weeks later, made her first attempt to kill herself. Two further attempts followed in the next five months – the last in the school lavatories. Her life, says mother Jan, had become a living nightmare. The town's police hate crimes unit became involved three times after several incidents, including one pupil spitting in her face and a mother who was picking up offspring shouting, "You fucking tranny", through the car window as Lauren walked home from school. Lauren refused point-blank to return to school. "There are no easy answers, but the school was just handling it on the hoof," says Jan. Shortly after, Tim tried to hang himself.