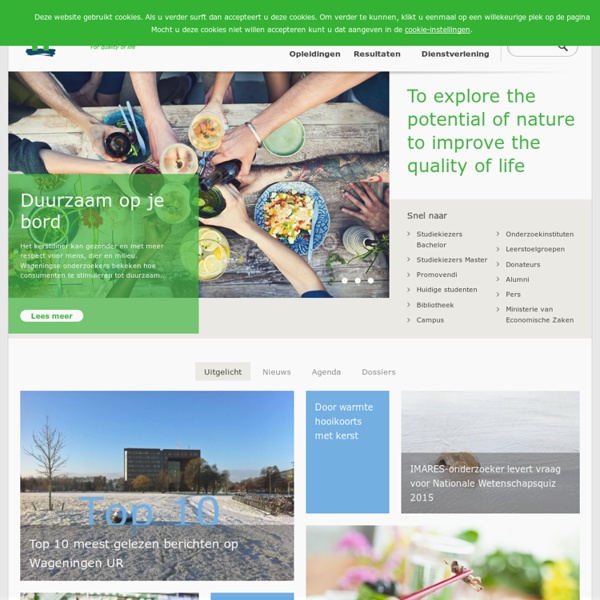 2004 - Marine Biotoxins The views expressed in this publication are those of the author(s) and do not necessarily reflect the views of the Food and Agriculture Organization of the United Nations. All rights reserved. Reproduction and dissemination of material in this document for educational or other non-commercial purposes are authorised without any prior written permission from copyright holders provided the source is fully acknowledged. Reproduction of material in this document for resale or other commercial purposes is prohibited without the written permission of FAO. Application for such permission should be addressed to the Chief, Publishing and Multimedia Service, Information Division, FAO, Viale delle Terme di Caracalla, 00100 Rome, Italy, or by e-mail to copyright@fao.org Contents Acknowledgements Foreword Abbreviations 1. 2. 3. 4. 5. 6. 7. 8. 9. 9.1 Conclusions 9.2 Recommendations References FAO Technical Papers Back Cover

BFR 14/12/10 Antibiotic resistances in the food chain (BfR-Press release 18/2010 of 2010-12-13) BfR publishes two reports on the resistance situation for different groups of bacteria The National Reference Laboratories for Salmonella and Antibiotic Resistance at the Federal Institute for Risk Assessment (BfR) tested Salmonella isolates from diagnostic submissions for antibiotics resistance and assessed them according to epidemiological criteria between 2000 and 2008. The isolates originated mainly from animals and foods but also from feeds and the environment. Of the 33,625 isolates, 48% were resistant to at least one and 35% even resistant to more than one class of antibiotics. For the isolates from livestock and foods the resistance is significantly higher. A second, representative study carried out in 2009 confirms the results for Salmonella and reaches similar results also for Escherichia coli and Campylobacter. Salmonella are amongst the most frequent causes of food infections in humans. About the BfR Up

BRITISH VETERINARY ASSOCIATION 15/11/12 Measures to tackle antimicrobial resistance must be science based says BVA Political measures to reduce antimicrobial resistance in Europe and the UK are in danger of becoming kneejerk reactions that are not based on sound science, the British Veterinary Association (BVA) has warned ahead of European Antibiotic Awareness Day (18 November). The BVA has told vets that they must use antimicrobials responsibly and be seen to use them responsibly or risk having restrictions imposed on their use by legislators using the precautionary principle. To mark the Awareness Day BVA President Peter Jones delivered a webinar to over 300 veterinary surgeons titled “Resisting antimicrobials – are we acting responsibly?” hosted by The Webinar Vet and available to view at www.thewebinarvet.com/bva-webinars. The BVA also successfully lobbied for the responsible use of medicines to be enshrined in the new Code of Professional Conduct to which all veterinary surgeons in the UK must adhere. “These calls do not reflect the available science. Further Information

BFR 19/01/15 The challenge of antimicrobial resistance - a holistic consideration and the latest insights into risk perception The BfR organises a forum on antimicrobial resistance in the context of the International Green Week in Berlin Antimicrobial resistance increasingly poses a challenge to public health worldwide. When antibiotics are used, for example in a hospital or a production animal facility, this can assist the spread of resistant bacteria. It is becoming more and more difficult to treat infectious diseases with existing antibiotics. On the occasion of the BfR forum held within the framework of the International Green Week in Berlin, scientists will give short presentations with subsequent discussions about antimicrobial resistance in production animals and foods and their relevance for humans. The results of a representative survey on the level of knowledge of the German population on antibiotics and attitudes towards them will also be presented. The BfR welcomes the concept of a reduction in antibiotics in animal production as developed by the Federal Ministry of Food and Agriculture (BMEL). Up

Harmful Algae 5(3) · April 2006 Potentially toxic and harmful microalgae from coastal waters of the Campania region (Tyrrhenian Sea, Mediterranean Sea) Abstract A total number of 40 potentially toxic microalgae and 5 taxa causing discolorations have been identified along the coasts of the Campania region (South Tyrrhenian Sea, Mediterranean Sea). This number is based on results of over 20 years of research at a coastal station in the Gulf of Naples, 4 years of monitoring activity along the Campania coasts and of a series of scattered and sporadic observations. Several species of the recently erected genera Karenia and Takayama are reported for the first time in the area. Information on the period of highest abundances or most probable period of occurrence indicates the late spring and summer as the periods of maximum risk of harmful events.

UNIVERSITY OF IDAHO - Webinaire : FOOD TOXICOLOGY. Au sommaire: Lecture 19 - Marine Toxins in Food Seafood safety. Lecture 1 - Introduction to Food Toxicology Course requirements, motivation for undertaking this course of study. Lecture 2 - History of US Food Regulation Historical overview of the interface of food and government. Lecture 3 - Concepts of Toxicology Core concepts in toxicology that form the basis of further study. Lecture 4 - Pesticide Residues in Food A review and update on the science and regulation of food-use pesticides. Lecture 5 - Dose-Response Relationships "Solely the dose determines that a thing is not a poison" -Paracelsus. Lecture 6 - Absorption of Toxicants Where chemistry meets biology. Lecture 7 - Distribution and Storage of Toxicants Pathway analysis of intoxication. Lecture 8 - Biotransformation and Elimination of Toxicants The guys in the white hats fight back. Lecture 9 - Target Organ Toxicity Neurotoxic, nephrotoxic, hepatotoxic... Lecture 10 - Teratogenesis, Mutagenesis and Carcinogenesis Toxic reactions with the molecules of life. Lecture 11 - Food Allergy Midterm Exam I Final Exam