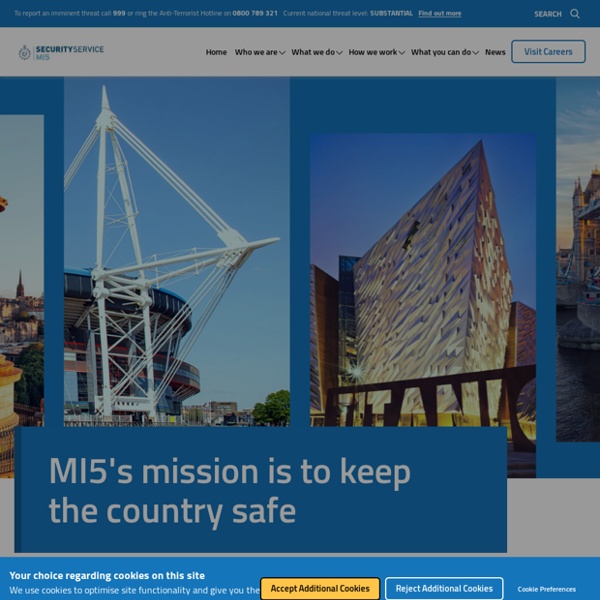 WWW.SECRET-BASES.CO.UK © 2011 Thank you for visiting Part 1 of www.secret-bases.co.uk. "Secret Bases" is now split into more manageable sections, in order to speed-up download times. Once you've finished browsing this first part, all you need to do is click on buttons at the bottom of this page to move on to the other parts! Welcome to the CIA Web Site — Central Intelligence Agency World Belgique Annuaire téléphonique des entreprises et résidentiels de Belgique. Trouvez les adresses et numéros de téléphone des particuliers et des professionnels de Belgique. Home How To Desolder While soldering is an important skill, being able to desolder (that is, remove solder from a joint) is also important. In some cases, it can be even more important than soldering itself. This document attempts to teach soldering through a few simple steps. Tips and tricks are also provided at the end. How To Desolder Step 1: Equipment

Australian National Security Service Europe Guide : Maps of Europe by language, religion, population density, hair & eye color, etc. Map of languages in Europe by linguistic groups Map of traditional religious majorities by region in Europe Frequency of fair hair in Europe The Museum of Online Museums Exceptional exhibits are highlighted each quarter. Selections from previous seasons are archived here. Please consider joining our MoOM Board of Directors won't you? You'll receive some nice swag and can lord it over your less civic-minded friends. While even the most daring critic would find it difficult to describe computer viruses as "art," there's a certain bizarre artistry mixed among the prankster-ism and the outright cruelty of their creators. Computer Virus Catalog risks it all in order to capture these devious bugs, sharing what was likely the last image you saw before your hard drive was completely erased.

Coins of the world ('Coins of the UK') by Tony Clayton Main Indexes Other Information on this page includes: XHIBIT HM Courts & Tribunals Service was created on 1 April 2011. It brings together HM Courts Service & Tribunals Service into one integrated agency providing support for the administration of justice in courts and tribunals. HM Courts & Tribunals Service is an agency of the Ministry of Justice. It uniquely operates as a partnership between the Lord Chancellor, the Lord Chief Justice and the Senior President of Tribunals as set out in our Framework Document. The agency is responsible for the administration of the criminal, civil and family courts and tribunals in England and Wales and non-devolved tribunals in Scotland and Northern Ireland. It provides for a fair, efficient and effective justice system delivered by an independent judiciary.