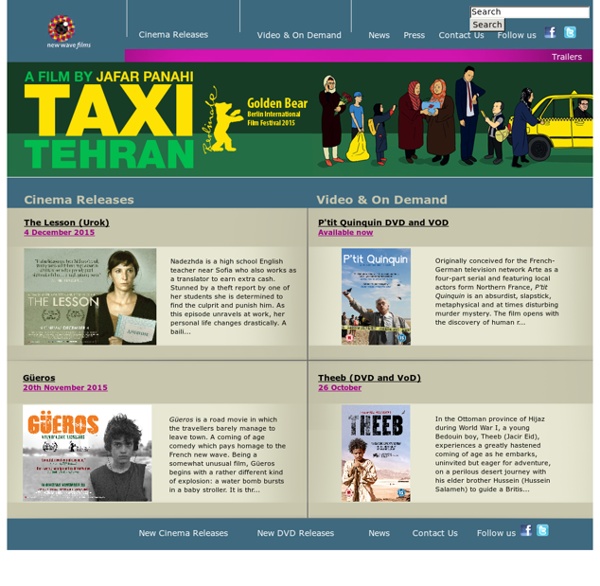 James River Film Journal | Writing on the art of film & film as art. ALL THINGS SHINING Darren Aronofsky Hurlbut Visuals 7 Tips for HD Color Correction and DSLR Color Correction Color correction is just one step of the entire filmmaking process…but oh, what a difference it can make. You can take average footage and really make it pop, sing and enhance the viewing experience of your project. If you have excellent footage, then the sky is the limit. You can also make images look garish, ugly and destroy all the hard work the crew did to capture those images on the day of the shoot. The challenges and choices are many and it comes with great responsibility if you are the one applying the Color Correction and Color Grade. In the indie film world, jobs are more often merged and unified and Color Correction is more and more falling into the hands of the Editor. To get on the same page, let’s quickly go over some terminology that clarifies what is what in this realm. COLOR CORRECTION is the process where every clip is manually tweaked to get a good exposure and balance of light. Click the image to view high resolution. 1.

Prolost - Blog High Definition for PC The ASC -- American Cinematographer: Cosmic Questions At a press conference after The Tree of Life premiere at the Cannes Film Festival, it fell to the producers and lead actors to explain the film. Not surprisingly, director Terrence Malick, who is known to shun all personal publicity, was absent. Brad Pitt, who produced and stars in the movie, was asked about his experience working on the film. With a laugh, Lubezki notes, “Our dogma is full of contradictions! “The most important rule for me is to not underexpose,” he continues. davidbordwell.net : home Martin Scorsese's Film School: The 85 Films You Need To See To Know Anything About Film Interviewing Martin Scorsese is like taking a master class in film. Fast Company’s four-hour interview with the director for the December-January cover story was ostensibly about his career, and how he had been able to stay so creative through years of battling studios. But the Hugo director punctuated everything he said with references to movies: 85 of them, in fact, all listed below. Some of the movies he discussed (note: the descriptions for these are below in quotes, denoting his own words). Others he just mentioned (noted below with short plot descriptions and no quotes). But the cumulative total reflects a life lived entirely within the confines of movie making, from his days as a young asthmatic child watching a tiny screen in Queens, New York to today, when Scorsese is as productive as he’s ever been in his career–and more revered than ever by the industry that once regarded him as a troublesome outsider. The Band Wagon: “It’s my favorite of the Vincente Minnelli musicals. Mr.

Canon EOS C300 – Review & short film | Nino Film - Blog - Nino Leitner - DSLR video, filmmaking & more Check out our C300 test short “13:59″ above. Here’s the new great BTS from Peter Hainzl. Thanks so much! … and here’s another NEW behind-the-scenes video from Patrick Zadrobilek, thanks again! Big thanks to our actors Karim Ismael Rahoma and Mirjam Birkl, and the entire crew. An ungraded version of the entire film will be made available for download shortly as well. The Canon C300 on a Steadicam rig (photo by Dan Taylor) Sometimes you just have to grab a chance when it’s in front of you: Both my friend Mario Feil and I were on Canon’s list as testers for the new C300. Mario, based in Germany, called Canon directly … And was offered to test the camera immediately. We have to point out that we received a preproduction unit of the C300 from Canon. And that we did … Mario had the basic idea for a script and together, we developed it further. Our actor Karim, me and Mario reviewing shots from the tram shoot – in the rain! No, I didn’t want to give it back to Canon Ergonomics, built quality

Who is Martin de Thurah » Flux - A global creative community celebrating film, art, music and design Photo by SØREN SOLKJÆR STARBIRD Name: Martin de ThurahCreated on: 1974-April-29 Record last updated on: 2008-November-20 Homepage: Martin’s homepage, Academy Films Domain: Filmmaking, Photography, Visual Effects, Animation, Eating Location: Copenhagen, Denmark After touring his stunning 2005 Carpark North music video and his subsequent videos around the world with RESFEST, I had an affinity for Martin de Thurah, but we had never met. Tell us a little about yourself, your background and what inspired you to become a filmmaker? I was painting, and I was standing in my atelier feeling a bit lonely and lost in the process. Photo by Martin de Thurah“The boy in the sea is my little brother - i took the photo” When I was in school I didn’t really believe I was going to make films, I just made little projects all the time. Before film school I hadn’t seen many films, and I didn’t know anything about anything – so I knew that there was a lot to catch up with and I worked my ass off.