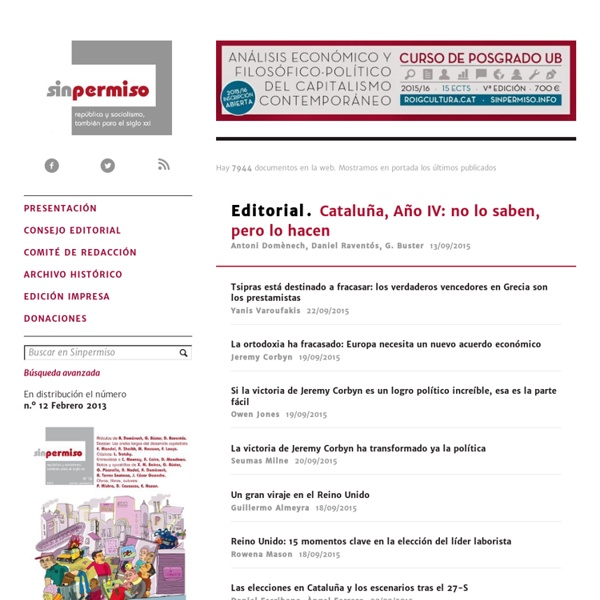 Rebelión Ecopolítica - Centro de recursos, estudios y formación sobre Ecología Política Contrainjerencia VIVIR SIN EMPLEO Indymedia - 19 May 2012 A BUILDING IS NOT ENOUGH: Occupying a Skyscraper for Art Hundreds of people are blocking a street in Milano protesting for the eviction of a skyscraper of 32 floors they were occupying. The tower, quite new, was abandoned since 1996 in a town were many new skyscrapers are built for the Expo 2015 and nobody knows if they will ever be used. Indybay Journalists Charged with Felony Santa Cruz County District Attorney Bob Lee has embarked on a full frontal assault against independent media in Santa Cruz by including four regular contributors to the independent news website Indybay.org amongst the eleven people charged with multiple felonies and misdemeanors after the occupation of a vacant bank building on November 30th, 2011. KPFA Evening News Speaks with Bradley Stuart Allen | Day Three of "Conspiracy" Frame-Up Hearing | Bogus Attack on Journalists Around November Protest Goes On and On | Preliminary "Conspiracy" Hearing for Two Reporters in the 75 River St. - 23 Mar 2011