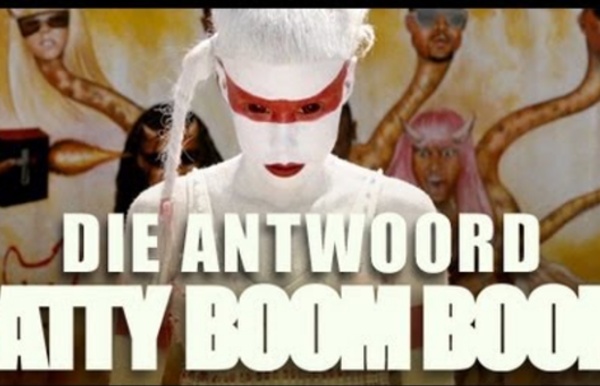 Music Browse | Movies | Upload 124 videos 8:15:18 duration 181 views Music by NaiveViewer 5 Doctor Strange Comics to Read Before You See the Movie Doctor Strange has never been a conventional superhero. You could even make a strong argument that he isn’t one — though he wears a cape (more of a cloak, really) and fights evil, his mystic abilities and demonic foes place him more in the traditions of horror and fantasy. Nevertheless, he’s tightly woven into the tapestry of the Marvel universe, right alongside Spider-Man, Captain America, and other spandex-wearers. That has always made the character exceptional in the comics canon, lending him an unorthodox spirit that carries over to his upcoming solo film. Before you head to the theater this weekend, here are some classic Strange tales to get you primed on the Sorcerer Supreme.

Films & Architecture: "Inception" This time we want to share a very contemporary film. An amazing story stunningly described by Christopher Nolan, in which dreams within dreams can be manipulated by “architects” who can construct an imaginary reality. Imagine: being able, as architects, to create whole environments, just using our minds as the resource. Let us know your ideas in the comments below, and, while you’re at it, please let us know of some new films we can add to the list! Original title: Inception Year: 2010 Runtime: 148 min.

What Inspired Doctor Strange’s Visual Effects? Spoilers for Doctor Strange below. Opinions about the plot, characterization, and racial politics of Doctor Strange have been mixed, but one point has been more or less unanimous among critics: It’s freaking gorgeous. As we here at Vulture have said, the CGI in Marvel’s latest are among the best of any film in the past 15 years, seamlessly merging human figures with reality-warping landscapes and objects that feel hallucinogenic without looking hokey.

Debut: Prefuse 73’s Video Brings M. C. Escher’s Work to Life If you know the work of Prefuse 73, you know the producer tends to make song-within-a-song kind of tracks that intertwine many different layers. Now he has a music video to go along with that sound—so much so that it looks like a M. C. Escher image. But, it turns out, the inspiration for the video for “Still Pretending” wasn’t a Dutch artist. It actually comes from the Chinatown neighborhood in New York where Prefuse 73 (aka Guillermo Scott Herren) lives. Bonus: Luma Pictures’ new tools for Doctor Strange Doctor Strange has been a huge film for Marvel. To achieve their sections of the film, Luma Pictures developed a set of new tools, including some they will even be sharing with the community. Luma Pictures worked on several key sequences including the opening London sequence and they also booked ended the film with the Dormammu sequence and the Dark realm. We discussed the tools they developed especially for the film, and below is an exclusive fxinsider podcast with Luma Pictures' visual effects supervisor Vince Cirelli, discussing the new tools.

EAP Home Page Published two times a year, EAP is a forum and clearing house for research and design that incorporate a qualitative approach to environmental and architectural experience and meaning. One key concern of EAP is design, education, and policy sup­porting and enhancing natural and built environments that are beautiful, alive, and humane. Realizing that a clear conceptual stance is integral to informed research and design, the editor is most interested in phenomenological approaches but also gives attention to related styles of qualitative research. EAP welcomes essays, letters, reviews, conference information, and so forth. Exemplary Themes § The nature of environmental and architectural experience;

Review of The Nature of Order Katarxis Nº 3 A Review of Alexander's New Magnum Opus, The Nature of Order Michael Mehaffy BIOGRAPHICAL NOTE: Christopher Alexander studied physics and mathematics at Cambridge before earning the first PhD in architecture awarded at Harvard University. Following a distinguished career in architectural research, he was the first recipient ever of the AIA Medal for Architectural Research in 1970. New Page 0 Christopher Alexander is an architect who, since the 1960s, is very well known and controversial. His four-volume The Nature of Order: An Essay on the Art of Building and the Nature of the Universe is his masterwork, some 20 years in preparation (1) As its subtitle indicates, Order goes far beyond architecture. It is so articulate about the process of building and making and the characteristics of meaningful form or structure in any human-made or naturally created thing, that it is well worth the reading time—over 2,000 pages—and money—75 dollars per volume.

Transit Illustration of TRAPPIST-1 This illustration shows the seven TRAPPIST-1 planets as they might look as viewed from Earth using a fictional, incredibly powerful telescope. The sizes and relative positions are correctly to scale: This is such a tiny planetary system that its sun, TRAPPIST-1, is not much bigger than our planet Jupiter, and all the planets are very close to the size of Earth. Their orbits all fall well within what, in our solar system, would be the orbital distance of our innermost planet, Mercury.