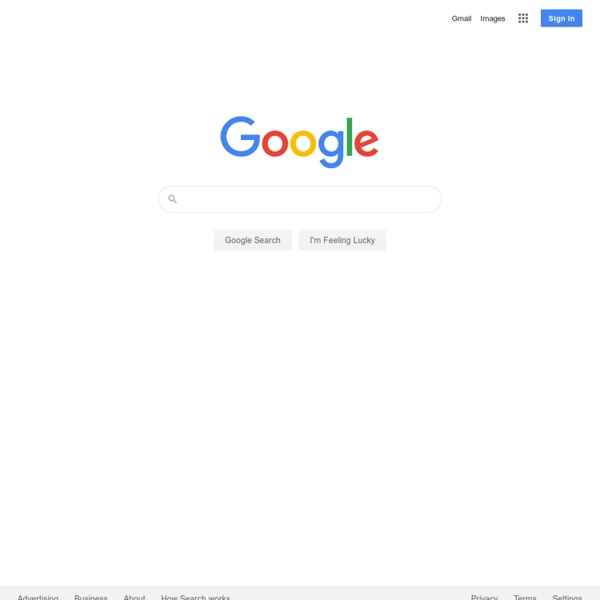 Midnight Research Labs - SEAT SEAT aaron posted in on August 23rd, 2006 Project Info :: Features :: Screenshots :: Videos :: Downloads :: Documentation :: Developers :: WIKI Project info: Google tracks you. We don't. An illustrated guide. DuckDuckGo does not collect or share personal information. That is our privacy policy in a nutshell. The rest of this page tries to explain why you should care. Last updated on 04/11/12. Removed ", which gets sent to my personal email." in last paragraph as our feedback is now handled by multiple team members via desk.com.

YaCy: It's About Freedom, Not Beating Google Following the release on Monday of YaCy 1.0, a free, peer-to-peer search engine, many in the media were quick to view it as a challenge to Google, Bing and the other big contenders in the search arena. Since then, however, Karsten Gerloff, president of the Free Software Foundation of Europe--a key supporter--has spoken out to make the point that that's not the intent. “YaCy isn’t a challenge to Google, and is a long way from becoming one,” Gerloff wrote in a blog post on Wednesday. “It’s not even intended to challenge Google.

Google Wave As we announced in August 2010, we are not continuing active development of Google Wave as a stand-alone product. Google Wave will be shut down in April 2012. This page details the implication of the turn down process for Google Wave. Update: Spy agencies hacked SIM card maker's encryption U.S. and U.K. intelligence agencies have reportedly hacked into the computer network of giant SIM card maker Gemalto and taken smartphone encryption keys potentially used by customers of hundreds of mobile phone carriers worldwide. The Gemalto hack, by the U.S. National Security Agency and the U.K. Government Communications Headquarters (GCHQ), allowed the two spy agencies to monitor a large portion of the world's mobile phone voice and data traffic, according to a story in The Intercept. The hack was detailed in a 2010 GCHQ document leaked by former NSA contractor Edward Snowden, the story said. It's unclear how much mobile traffic the two agencies intercepted after the reported hack.

Did GCHQ illegally spy on you? Have you ever made a phone call, sent an email, or, you know, used the internet? Of course you have! Chances are, at some point, your communications were swept up by the U.S. Notebook As of July 2012, Google Notebook has shut down and all Notebook data should now be in Google Docs. As previously announced, in most cases we were able to automatically export the Notebook data, so please visit Google Docs. Also please update any bookmarks or links to Notebook so that they point to Docs instead. Here are answers to some questions about this transition. We may add or update questions over time. Where is my auto-exported notebooks data?

Cyber Threats against the Aviation Industry Introduction The recent incident to the Malaysia Airlines Flight MH370 is fueling the discussion of whether would be possible to hack into an airplane and gain complete control control of on-board systems, excluding the pilots. In the past, we have seen many security experts present possible attack scenarios, but never has an attacker made them reality. While the investigators still search for evidence that can provide more indications of what is really happened to the flight, some security experts also hypothesized that it could be the result of a cyber attack against the airplane. Some experts alerted to the possibility that it could be an attack against the in-flight entertainment system that allowed the hackers to infiltrate the security software.