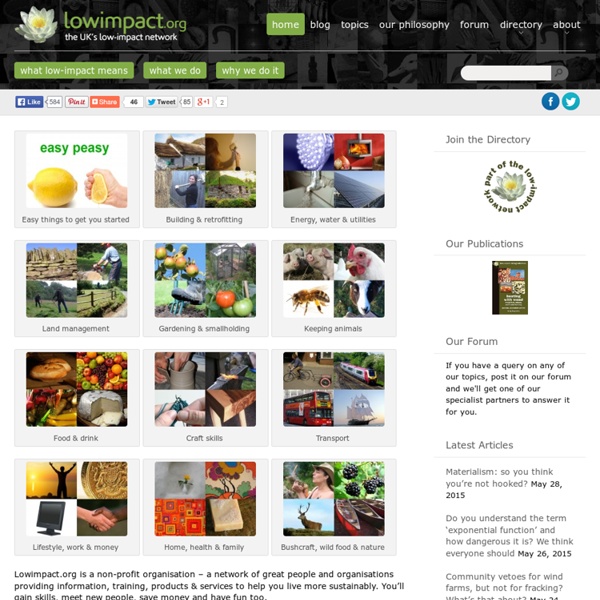 Innovative, Reusable "Replenish" Spray Bottle Could Disrupt Home Cleaning Market - Environment - GOOD - StumbleUpon We love to tout sustainability in the consumer sector, but of the 60 billion pounds of plastic discarded annually, only 7 percent is recycled—meaning that billions of pounds end up in landfills. That said, recycling shouldn't be our only objective; the other Rs (reduce and reuse) should be our primary targets. That's where Replenish comes in. The company rightly describes its new spray bottle as a "disruptive" product: Its reusable spray bottle is made of a sturdy, durable PET-1 plastic, meaning you don't have to replace it (though every part of it is recyclable). At the bottom of the bottle is an interchangeable "twist-on concentrate pod." To use it, you simply attach the pod to the bottle, flip it upside down, squeeze the pod until the internal measurement cup is full, and add with water. "When you buy a spray bottle of normal household cleaner," says founder Jason Foster, "you're basically paying for water and plastic.

Is It Really Money That Motivates Us? The Science Will Surprise You! (VIDEO) Human nature is not what we have been told. I couldn’t contain my excitement while watching this video because this is what I have always felt to be true. Not to mention it is now backed by a legitimate study! Many people love to blame “Human Nature” for the state of our world. It is believed that we are inherently greedy and that money is our primary source of motivation, whether it is to do good or not so good stuff. Think about it: it takes on average 20 years, starting from a very early age, to shape us into so-called “functional members of society” at school. Enjoy this awesome RSA Animate adapted from a Dan Pink’s talk.

A Low Impact Woodland Home Built In Wales - Simon Dale - Includes A 1 Minute 42 Second Video A Low Impact Woodland Home Built In Wales You are looking at pictures of a house I built for our family in Wales. It was built by myself and my father in law with help from passers by and visiting friends. 4 months after starting we were moved in and cosy. I estimate 1000-1500 man hours and £3000 put in to this point. Not really so much in house buying terms (roughly £60/sq m excluding labour). The house was built with maximum regard for the environment and by reciprocation gives us a unique opportunity to live close to nature. Some key points of the design and construction: Main tools used: chainsaw, hammer and 1 inch chisel, little else really. This building is one part of a low-impact or permaculture approach to life. Would you like to learn more about this sort of building and gain practical experience? Getting your hands dirty Do you fancy making your own home along these lines but want to have a bit of hands on experience. Getting Your Feet Dirty The site before starting Straw Walls

The Off-Grid Dilemma The prospect of having no bills to pay sounds exciting, does it not? How would one go about this, you may ask? Simple, all you need to do is generate your own electricity! The true definition of living green would be living off-grid. Unfortunately, for the typical university student, making any of the changes mentioned above, are close to impossible. Seeing as I am renting out my own townhouse for the up-coming school year, I will not be able to make any of the green lifestyle changes previously suggested, solely as I am not the property owner. I have found a couple of documented stories of people who have made drastic changes to their lives in order to be completely self-sufficient. Video:

Apple, China groups meet to discuss environmental concerns | TUAW - The... Environmental concerns continue to plague Apple and its suppliers in China. Earlier this year, Apple was singled out in an environmental report called "The Other Side of Apple," which detailed health, environment and safety issues at Chinese manufacturing facilities. Apple met with some of its green critics over the summer, but its practices are still under fire. Apple reportedly met this week again with nine representatives from five Chinese environmental groups to discuss pollution from its suppliers. According to Li Li, the director of EnviroFriends, Apple said "it had already spoken to 11 supply firms and asked them to reform, and they're in the process of initiating communications with the other four." Apple has not commented on this latest meeting, but did issue a statement to the Wall Street Journal through Spokesperson Carolyn Wu.

How much does it cost to go Off-Grid and to live on the Land? How much Money does it take to Go Off Grid? There are 10 things that you need to consider when going off grid and living on the land. 1. One of the most important items to find when preparing to go off grid is land with running water on it. 2. 3. Video: