We come from the future. 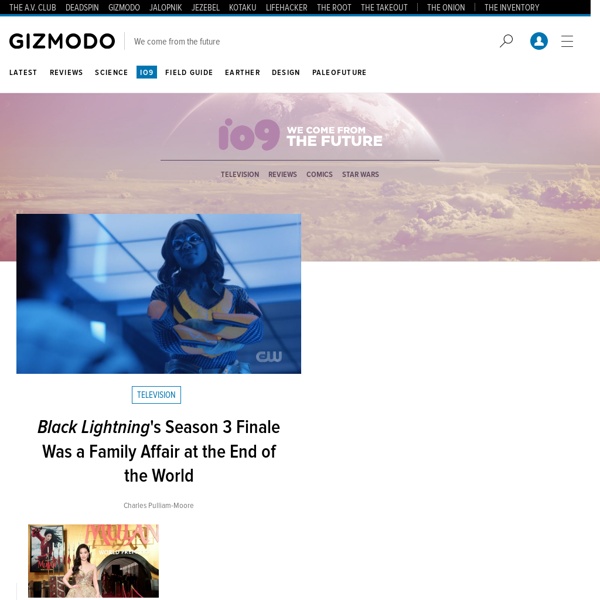 Greetings, loyal readers of me reading other people's mail! I had a weird occurrence the other day — I finally got a letter that I couldn't deliver. I have no idea how this is the first time that this has come up, it being the post-apocalypse and all, but there it was. The letter had a return address on it, so I knew immediately what I had to do — burn it. New postal rule: No backsies. You lick your stamp, you take your chances.

The Hedonist Ideal With rendition switcher Slavoj Zizek: I totally reject the simplistic idea proposed mostly by conservative critics but also by some hedonist liberals that we live in the hedonist era where basically you can enjoy in whatever way you want. Yes, but, at the same time, this enjoyment is strictly regulated, controlled, deprived of its, let’s call it passionate excess, like sex . . . yes, but safe sex. What is the model of today’s hedonism?

Campus Rape and the Emergency: It’s Always an Excuse for Authoritarianism ‘Congratulations, Mr. President — you are now the leader of the world’s second-largest democracy.” Those probably apocryphal words are said to have been spoken to President Truman on the occasion of India’s winning its independence in 1947. Another version has those words spoken by an aide to President Carter in 1977, the occasion being the restoration of Indian democracy. The Incredible Relative Speed of the Earth Embed This Quick Fact: <a href=" title="The Incredible Relative Speed of the Earth"><img src=" alt="" title="The Incredible Relative Speed of the Earth" border="0" /></a><br />Source: <a href=" title="Random Quick Facts">Random Quick Facts</a> Click Here for the Sources and to Learn More Interesting Astronomy/Earth Related Facts Text Version Along with orbiting around the sun at 66,600 mph, the Earth is also rotating at its axis at about 1,070 miles per hour. So you are simultaneously hurtling around the sun at 66,600 mph while sitting on a rock that is spinning at 1,070 mph.

100+ Free and Fresh Fonts for Creative Designs The Internet is full of fonts but finding quality typefaces can be time-consuming. I often stumble upon really beautiful yet free fonts while researching for projects and today I’d like to share with you my recent findings. Below you’ll find a collection of over 100 free fonts that came out in the last few months, ready to be downloaded. Sanskrita The aim of this project is to offer translations of the Sanskrit-English Dictionary compiled by Monier-Williams, as well as useful additional information. For those of us studying Sanskrit texts, it is an invaluable tool. We would like to make this available to everyone in their own language. This site is a WIKI. That means that with internet access, you can connect to this web-based page from anywhere in the world and edit its content. All you need to do is register as a collaborator and receive an account.

A Stunning Change Today the Synod of Bishops issued a document that represents a stunning change in the way that the Catholic church speaks about the LBGT community. The Synod said that gay people have "gifts and talents to offer the Christian community." This is something that even a few years ago would have been unthinkable, from even the most open-minded of prelates--that is, a statement of outright praise for the contribution of gays and lesbians, with no caveat and no reflexive mention of sin.

Molecular Movies Go Hollywood BioVision's latest animation shows how food is converted into energy. By John Roach, Contributing Writer, NBC News Biologists are using the kind of animation technology you might see in a multimillion-dollar "Toy Story" movie to show the general public how molecules inside a cell work. The resulting high-tech visual aids have found their way into thousands of high-school classrooms, and they've been watched millions of times on video-sharing websites such as YouTube. That's the kind of success Robert Lue, director of life sciences education at Harvard University and the creator of the BioVisions project, has been hoping to achieve.

Creative Destruction: Think like a Forest! The phrase “creative destruction” has become a common one as economies and nations struggle to adjust in the aftermath of the Crash of ’08. It was Joseph Schumpeter who coined the expression to describe the workings of capitalism, and citations of the maverick economist seem to have soared in recent years. Schumpeter himself has been called a “living contradiction”, oscillating as he did between the twin poles of political economy – history and theory. In the early years of the 20th Century, a great battle was fought between the two. Theory won, leading eventually to the emergence in America of neoclassical economics, with its emphasis on equilibrium and the use of abstract models to study the real economy.

Huffington Post And The View From Bogustan: Standing Behind Blatantly False Claims Isn't Journalism Over the last week, we've been debunking a bizarre "series" of stories over at Huffington Post, which is claiming to be about "the history of email" but is not. It's about a guy, Shiva Ayyadurai, who may have written an implementation of email in the late 1970s, but which was clearly well after email was in widespread use. Ayyadurai's actual program (and as far as I can tell, he has not released any screenshots of what the program actually looked like) may have worked well for the University of Medicine and Dentistry of New Jersey (UMDNJ) where he wrote it as a 14-year-old, but it contributed nothing to the future of email. Beyond email existing in various forms long before that, nothing that happened later in the email space appears to have happened because of Ayyadurai's program. Each of the advancements in email came from elsewhere, with no indication that anyone anywhere was even aware of what Ayyadurai had done in New Jersey.

The Story Of The Pioneer Plaque – Beginning Pioneer 10 was the first object made by humans to ever go past the solar system and travel into the universe at large. It was a spacecraft that was sent by NASA to methodically snap photos of Jupiter and beam them back to Earth. But it also carried with it pictures of it’s own that were etched into a small golden plaque. These pictures are intended to communicate very specific stories to anyone or anything Pioneer 10 might come across in it’s voyage across the galaxy. NASA didn’t originally intend to send such an unusual object out with Pioneer 10.