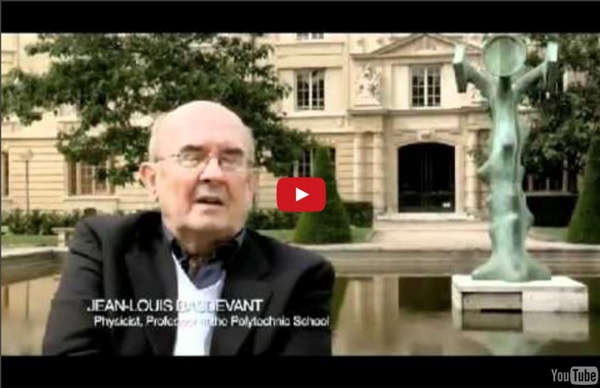 Signs Of Change The Past Week Or So July 2013 Part 4 Chariots of the Gods? Chariots of the Gods? Unsolved Mysteries of the Past (German: Erinnerungen an die Zukunft: Ungelöste Rätsel der Vergangenheit) is a book authored in 1968 by Erich von Däniken. It involves the hypothesis that the technologies and religions of many ancient civilizations were given to them by ancient astronauts who were welcomed as gods. Prior to publication, the book was extensively rewritten by its editor, Wilhelm Roggersdorf (a pen name of the German screenwriter Wilhelm "Utz" Utermann).[1][2][3] Content[edit] Statue from the late Jōmon period (1000 - 400 BC) in Japan, interpreted by Daniken as depicting an alien visitor. The Nazca lines (200 BCE - 700 CE) in Peru, interpreted by Daniken as landing strips for alien visitors. Von Däniken offers the following hypotheses: The existence of structures and artifacts have been found which represent higher technological knowledge than is presumed to have existed at the times they were manufactured. Response[edit] Adaptations[edit] See also[edit]

The Brain-Gut Connection for Mental Well-being Have you ever wondered the reason behind feeling butterflies in your stomach? Or that sinking premonition feeling around your stomach when something unexpected happens? Several studies over the years have established the fact that the condition of the gut influences one’s mental health. Human body consists of two brains. They develop from the same cluster of tissue wherein one section evolves into a central nervous system (brain) and another one into enteric nervous system (gut). Human gut has a gut microbiota, which basically is clusters of several microorganisms living in our intestine. Gut microbiota execute the communication-function with the brain. Researchers at the University of California, Los Angeles (UCLA) assigned 45 women to receive either daily probiotic yoghurt, non-probiotic yoghurt or no yoghurt at all. Kirsten Tillisch who led the Californian researchers noted, “By changing the environment in the gut, we can actually change what happens in the brain”. 5) Eat fruits.

Breathtaking Megalithic City Built For Giants? Past & Apocalyptic Future Exposed! (Pictures & Video) | Prophecy (Before It's News) by Lyn Leahz | Before It’s News | 11/7/2013 Petra is a historical and archaeological city located in the southern Jordanian governorate of Ma’an that is meticulously carved in the face of the mountains. It is also said to contain the rock that Moses struck out of anger toward the Israelites in the great Exodus (this rock can be seen in the first video below). Many scholars believe that Petra will be the place where the 144,000 Jews (the remnant) will go to hide during the Great Tribulation. As we draw closer to the days spoken of by John the Revelator in the Book of Revelation, I feel a nudge in my spirit to make a post about this magnificent place that may very well be the future refuge for God’s chosen people. Sequence of Prophecy Website explains: There will be two groups of Jews here on earth during the tribulation period (the 70th week of Daniel). What’s even more fascinating is that it would appear Petra was originally built for the habitation of giants!

Signs Of Change The Past Week Or So August 2013 Part 1 World History International: World History Essays From Prehistory To The Present Linguist study finds core group of words has survived for 15,000 years (Phys.org) —A team of linguistics experts from the U.S., Great Britain and New Zealand has found evidence that suggests a core group of words used in a common language thousands of years ago has survived to this day. In their paper published in Proceedings of the National Academy of Sciences, the researchers claim that some core words used in modern languages are related to some spoken 15,000 years ago. Most people realize that all languages are constantly evolving—new words are added and others are lost and some even undergo changes in pronunciation. For that reason, it would seem surprising to find that some commonly used words have survived—albeit in modified form—for as long as perhaps 15,000 years. The team acknowledges that most in the field believe that words don't survive any longer than eight or nine thousand years—there's just too much "weathering." In this new effort, the research team has been studying cognates and their use in several modern languages. Press release

Signs Of Change The Past Week Or So August 2013 Part 2 Plnnr - plan the perfect trip, automatically!