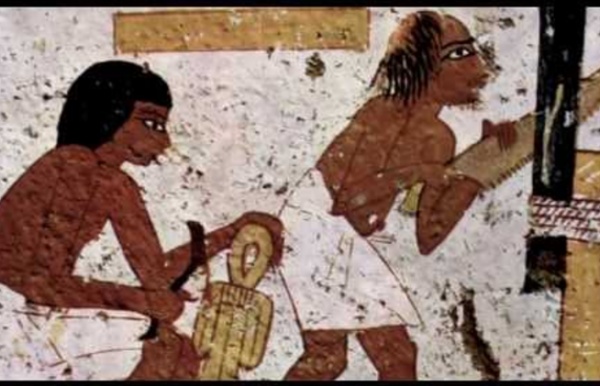 NASA Brings Scientists & Theologians Together To Prepare World For Extraterrestrial Contact A couple of months ago top US astronomers gathered in front of Congress to let them know that extraterrestrial life exists – without question. They cited the sheer size of the universe as their most important proof, emphasizing that there are trillions of stars out there, with one in every five most likely harbouring an Earth-like planet (though it is important to keep in mind that planets do not have to be “Earth-like” in order to harbour life). You can read more about that story here. “The number of habitable worlds in our galaxy is certainly in the tens of billions, minimum, and we haven’t even talked about the moons. And the number of galaxies we can see, other than our own, is about 100 billion.” – Seth Shostak, Senior Astronomer at California’s SETI Institute (source)

looknowtv Help Fund Future videos @ At MY PATREON: fund Future Videos: www. 10 UNEXPLAINED MYSTERIES Happening In The World! From an unknown deep sea blob, to a supposed Megalodon giant shark. Professor debunks theories of skeleton’s alien origins Alien and UFO enthusiasts were left disappointed again last month, as Professor of Microbiology and Immunology Garry Nolan Ph.D. ’89 P.D. ’89 debunked theories of extraterrestrial origins surrounding a skeleton found in Chile’s Atacama Desert and instead identified it as a humanoid. The skeleton was featured prominently in the recent documentary “Sirius,” produced by Steven Greer, founder of the Center for the Study of Extraterrestrial Intelligence and the Disclosure Project. The film is based on Greer’s efforts to reveal government cover-ups of UFO sightings and extraterrestrial encounters. Nolan was given the opportunity to examine the skeleton after contacting the makers of “Sirius.” The skeleton in question is only six inches long and possesses several unusual characteristics, including an abnormally shaped head and an irregular rib count, as it only has 10 ribs while most humans have 12. “I wouldn’t enter this and at the first sign of humanity throw everything out,” Nolan said.

Has the world's most mysterious medieval manuscript being solved? Physicist claims to be close to finding message within the centuries-old Voynich book Scientists studying the Voynich book have found linguistic patternsThis could lead to meaningful words being discovered within textMeaning behind the book has baffled world's finest minds for a century By Anthony Bond Published: 16:32 GMT, 22 June 2013 | Updated: 17:05 GMT, 22 June 2013 It has eluded some of the world's finest minds for more than a century. Mathematicians, cryptographers and linguists have all tried and failed to solve the message inside the 'the world's most mysterious medieval manuscript'. WMI Query Language (WQL) – Data Queries: Associators Of These posts in the form of an ebook now available 43270 downloads Here are the links to all articles in this series of posts on WQL. 1. WMI query language – An introduction 2. WMI query language – Keywords and Operators 3.

Is Your Religion Ready To Meet ET? How will humankind react after astronomers hand over rock-solid scientific evidence for the existence of life beyond the Earth? No more speculating. No more wondering. The moment scientists announce this discovery, everything will change. Not least of all, our philosophies and religions will need to incorporate the new information. USA Z87-G45 GAMING Let the games begin MSI GAMING motherboards are designed to provide gamers with best-in-class features and technology. Backed by the imposing looks of MSI's Dragon, each motherboard is an engineering masterpiece tailored to gaming perfection. The best gaming weapons at hand • The highest frag and the lowest lag with Killer E2200 Game Networking • Crystal clear sound with Audio Boost • Top quality audio solution with Sound Blaster Cinema • Superb graphics with VGA Boost • Blazing fast booting with Super RAID • Gaming Device Port • Military Class 4 Components • OC Genie 4 & Click BIOS 4 • Optimized for multiple graphics cards • Supports DDR3-3000 memory for super fast loading Killer E2200 game networking

Will ET Be Here Soon? NASA Brings Scientists, Theologians Together To Prepare Looking for extraterrestrial life is akin to a search for a cosmic needle-in-a-haystack, as evidenced by the above incredible Hubble Space Telescope image showing approximately 10,000 galaxies. In large part, thanks to NASA's Kepler spacecraft, more than 1,400 planets have been identified beyond Earth. A few days ago, NASA tried closing the gap between life on Earth and the possibilities of life elsewhere. The space agency and the Library of Congress (image below left) brought together scientists, historians, philosophers and theologians from around the world for a two-day symposium, "Preparing For Discovery." Their agenda: To explore how we prepare for the inevitable discovery of extraterrestrial life, be it simple microbial organisms or intelligent beings.

The Mysterious Plain of Jars Often referred to as â€œan Asian version of Stonehengeâ€, the Plain of Jars is one of the most enigmatic sights on Earth. Shrouded in mystery and myth, this ancient place has fascinated archeologists and scientists ever since its discovery. [Photo Credits] Thousands of giant stone jars scattered around the Xieng Khouang plain, in Laos form one of the most bizarre archeological collections in history. Although it has been determined they are over 2000 years old, no one has yet been able to determine who built them and for what purpose. Fermi's paradox: does the lack of contact from extraterrestrials have implications for human survival? -Low impact living info, training, products & services “Where is everybody?” Enrico Fermi is supposed to have asked in 1950 of his colleagues at the Los Alamos National Laboratory. Working from first principles, Fermi calculated that extraterrestrials should have visited the Earth long ago, and many times over; the absence of any evidence to suggest that they have done so presents therefore the basis of the paradox that now bears Fermi’s name. Fermi was neither the first nor the last to raise this puzzling question, and a decade after the famous lunchtime conversation at Los Alamos, Frank Drake formulated an equation to stimulate discussion of the chances that SETI (the Search for Extraterrestrial Intelligence) would discover radio communicative civilisations on other worlds. The Drake Equation is an attempt to find systematic means to evaluate the various probabilities involved in the existence of alien life. More importantly you might be thinking, what on Earth has this subject got to do with Lowimpact.org?

Secret Teachings of All Ages Index For once, a book which really lives up to its title. Hall self-published this massive tome in 1928, consisting of about 200 legal-sized pages in 8 point type; it is literally his magnum opus. Each of the nearly 50 chapters is so dense with information that it is the equivalent of an entire short book.