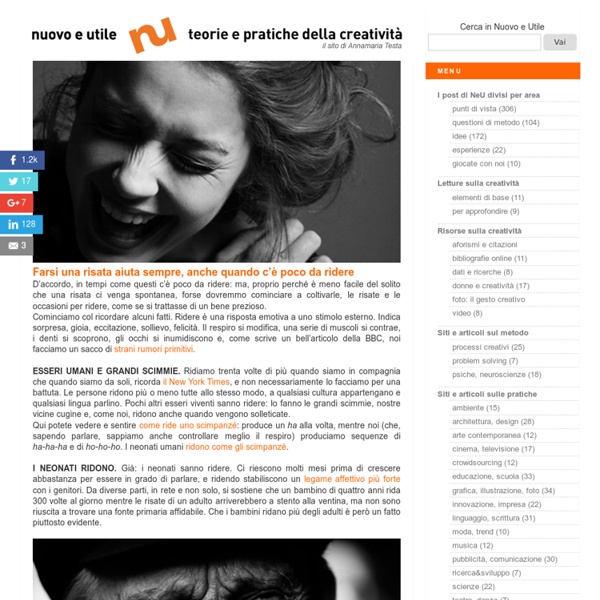 #56 – Creative thinking hacks All of us possess everything necessary to be more creative. The problem is we’ve been trained away from our creative instincts by schools, parents, movies and workplaces. The word creativity is frequently inflated by association, frequently appearing with overused, hype-laden words such as genius, brilliance, revolution and innovation. Hype mongers and creative intimidators throw those labels around like candy, scaring most people out of their own natural creative instincts.

How to Find Your Creative Sweet Spot nice try. the research cited doesn't back up the claims made, let alone the prescription. You're likely most creative when you're groggy: The cited study didn't actually measure creativity. Creative problem solving is typically assessed by the use of ill-defined problems, which don't have a clear, or single, right answer. Insight problems like those used by Wieth & Zacks incorporate logic and have a single right answer. 'How Creativity Works': It's All In Your Imagination iStockphoto.com What makes people creative? What gives some of us the ability to create work that captivates the eyes, minds and hearts of others? 12 Most Striking Tendencies of Creative People Ever wonder what makes those wacky, creative types tick? How is it that some people seem to come up with all kinds of interesting, original work while the rest of us trudge along in our daily routines? Creative people are different because they operate a little differently. They: 1. Are easily bored

The Rise of the New Groupthink But there’s a problem with this view. Research strongly suggests that people are more creative when they enjoy privacy and freedom from interruption. And the most spectacularly creative people in many fields are often introverted, according to studies by the psychologists Mihaly Csikszentmihalyi and Gregory Feist. They’re extroverted enough to exchange and advance ideas, but see themselves as independent and individualistic. They’re not joiners by nature. One explanation for these findings is that introverts are comfortable working alone — and solitude is a catalyst to innovation.

To be a world explorer by Maria Popova “Every morning when we wake up, we have twenty-four brand-new hours to live. What a precious gift!” As a longtime fan of guerrilla artist and illustrator Keri Smith’ s Wreck This Box set of interactive journals, part of these 7 favorite activity books for grown-ups , I was delighted to discover her How to Be an Explorer of the World: Portable Life Museum ( public library ) — a wonderful compendium of 59 ideas for how to get creatively unstuck by engaging with everyday objects and your surroundings in novel ways. From mapping found sounds to learning the language of trees to turning time observation into art, these playful and poetic micro-projects aren’t just a simple creativity booster — they’re potent training for what Buddhism would call “living from presence” and inhabiting your life more fully. It all began with this simple list, which Smith scribbled on a piece of paper in the middle a sleepless night in 2007:

11 Steps to Decode the Creative Process Imagine passing through a metro station in Washington DC at rush hour. Imagine watching a violinist with an open case and with a few dollars thrown around and playing a classical tune. Imagine thinking about a street musician making a living by playing music at the subway.

A Quick Course in Creativity by Paul McNeese This quick course in creativity is designed to give you a platform to stand on as we look at the various ways you can handle home, social and workplace situations, job-search details and career-path decisions. Let's examine what creativity might look like. Here are some of the ways in which creativity expresses itself. Perhaps the creative idea is one that mixes and matches items or ideas that haven't been combined in just this way before. Lateral Thinking Problems - Semantics Lateral thinking problems that require you to pay close attention to the exact wording of the problem. 1. A woman gave natural birth to two sons who were born on the same hour of the same day of the same month of the same year. But they were not twins and she had no access to a time machine.

10 Laws of Productivity You might think that creatives as diverse as Internet entrepreneur Jack Dorsey, industrial design firm Studio 7.5, and bestselling Japanese novelist Haruki Murakami would have little in common. In fact, the tenets that guide how they – and exceptionally productive creatives across the board – make ideas happen are incredibly similar. Here are 10 laws of productivity we’ve consistently observed among serial idea executors: