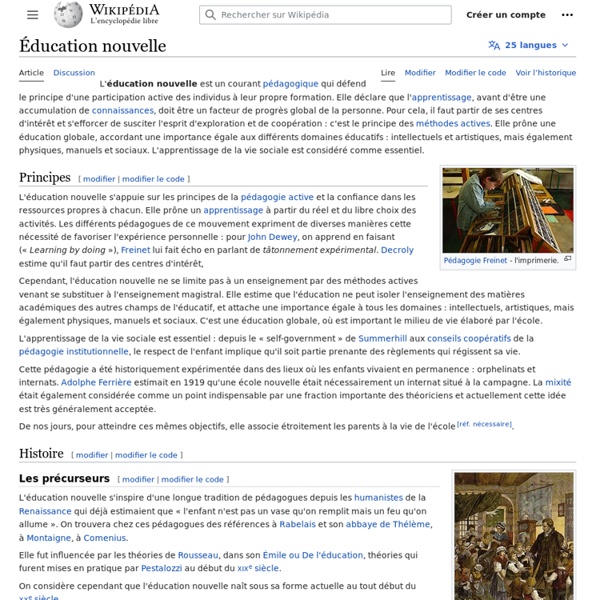 Distractions tempt us at every turn, from an ever-growing library of Netflix titles to video games (Animal Crossing is my current vice) to all of the other far more tantalizing things we could be doing instead of doing what actually needs to be done. Is there any hope to focus on the things that matter in a world that wants us to do everything all the time? Spoiler: the answer is yes. Nir Eyal, avid Pocket user and author of Hooked: How to Build Habit-Forming Products and Indistractable: How to Control Your Attention and Choose Your Life, sat down with us to share his insights on how to beat distraction and stop feeling guilty about watching YouTube videos or playing Animal Crossing on your downtime. The Macroscope: Chap. 6 This is chapter 6 of the "The Macroscope" by Joël de Rosnay Our education remains hopelessly analytical, centered on a few disciplines, like a puzzle whose pieces overlap rather than fit together.

CancelEditDeletePreviewrevert Text of the note (may include Wiki markup) Could not save your note (edit conflict or other problem). Please copy the text in the edit box below and insert it manually by editing this page. Upon submitting the note will be published multi-licensed under the terms of the CC-BY-SA-3.0 license and of the GFDL, versions 1.2, 1.3, or any later version. See our terms of use for more details. Cern residency programme unites artists and physicists Cern has launched a programme that aims to bring together artists and physicists at its laboratory near Geneva. Collide@Cern -- which falls into a wider Cern policy for engaging with the arts called Great Arts for Great Science -- is a three-month residency programme for artists to be mentored by leading scientists, supported by a stipend of €10,000. The head of Cern's arts programme, Ariane Koek, said: "The arts touch the parts that science alone cannot reach and vice versa. Collide@Cern gives Cern, artists and scientists the opportunity to engage in creative collisions that can occur when these two areas of human creativity and ingenuity come together." The first part of the scheme -- Prix Ars Electronica -- was launched in August at digital arts festival Ars Electronica. The chosen artist will spend two months at Cern and then one month at the Ars Electronica Futurelab, the festival's studio space.

15 Tools for Animation If you’re interested in creating content to promote your product or service, think about making a cartoon. Producing animation has several advantages over live video. You won’t need a physical set, a camera, or a crew. News: Technologically Illiterate Students ORLANDO -- Say you are an employer evaluating college students for a job. Perusing one candidate’s Facebook profile, you notice the student belongs to a group called “I Pee My Pants When I’m Drunk.” What is your first thought? It should not be that this student is unemployable for being an intemperate drinker, said Susan Zvacek, director of instructional development at the University of Kansas -- though that it might mean that, too. Mainly, though, it should suggest something else -- something that might be more relevant to the student’s qualifications.

TEDxLondon presents the Education Revolution David Rowan Editor of Wired magazine You've seen the extraordinary TED talk by Sir Ken Robinson, on how to repair our education system to boost creativity (what? You haven't? Even after it's been seen 6.4 million times? Will Dropouts Save America? Michael Ellsberg is the author of “The Education of Millionaires: It’s Not What You Think and It’s Not Too Late.” I TYPED these words on a computer designed by Apple, co-founded by the college dropout Steve Jobs. The program I used to write it was created by Microsoft, started by the college dropouts Bill Gates and Paul Allen. Rethinking the Way College Students Are Taught It's a typical scene: a few minutes before 11:00 on a Tuesday morning and about 200 sleepy-looking college students are taking their seats in a large lecture hall - chatting, laughing, calling out to each other across the aisles. Class begins with a big "shhhh" from the instructor. This is an introductory chemistry class at a state university. For the next hour and 15 minutes, the instructor will lecture and the students will take notes.