This Land is Mine 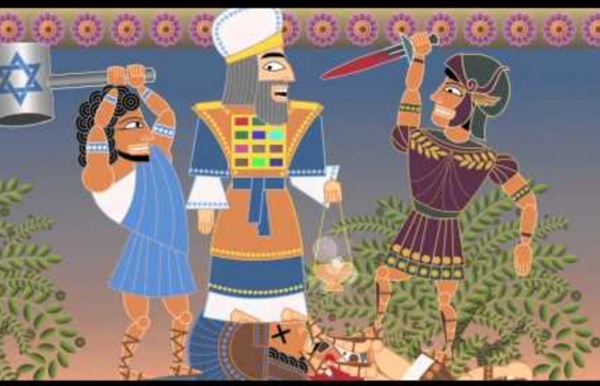 Israel approves 1,500 more settler homes in east Jerusalem JERUSALEM, Dec 17 (Reuters) - Israel approved plans to build 1,500 more Jewish settler homes in east Jerusalem on Monday, an official said, days after provoking international protests against a project for another 3,000 such homes on land it captured in the 1967 Six-Day War. Washington had condemned the latest plans, for ultra-Orthodox neighbourhood Ramat Shlomo, when they were published during a 2010 visit by U.S. Vice President Joe Biden. Attack of the Drones - People & Power The US government’s growing reliance on aerial drones to pursue its war on al-Qaeda and the Taliban in Yemen, Afghanistan and elsewhere is proving controversial – as evidenced by the international reaction to recent drone missile attacks along the border with Pakistan. But Barack Obama’s administration is undeterred, favouring the technology more and more because it reduces the need for American troops in those countries and the risk of politically unpalatable casualties. “He probably thinks this is already a controversial war,” says Christ Klep, an international relations analysts at the University of Utrecht.

How Hamas was born The second political path taken after the collapse of the Ottoman Empire was inspired by Wahabism, which aims to uproot and expel the interests and influence of “infidels” in Muslim lands. Many of the muftis and mullahs (and even Shi’a ayatollahs) – all former state functionaries who originally embraced European innovations in commerce, technology, education and government – turned against what they (often rightly) perceived as neocolonial attempts to dominate implementation of those innovations in Islamic lands for mostly European, rather than Arab or Muslim, benefit. They rejected the “trickle-down” theory of modernization. In 1928 Egypt’s Hassan al-Banna founded the Muslim Brotherhood (Ikhwan al-Musulmiyah).

America's False History Allows the Powerful to Commit Crimes Without Consequence Journalist Robert Parry working at his desk. (Photo: Consortiumnews.com)Seasoned journalist Robert Parry offers a thoroughly researched account of how the Republican Party and neocons have conspired to creative a false narrative about America's political and constitutional history. In particular, Parry tenaciously documents the accusations that he has pursued for years: that the Nixon campaign undermined peace talks that likely would have ended the Vietnam War in 1968 or 1969 in order to win the presidency; and that the Reagan campaign conspired with the revolutionary Iranian government to ensure that the US embassy hostages were not released before the 1980 election in order to seal Jimmy Carter's defeat.

Israel’s brutal response to the disappearance of 3 Jewish teens On June 12, 2014, it was announced that three Jewish teens who had been hitchhiking in the West Bank were missing. The government of Israel immediately accused Hamas of abducting them. What actually happened to the teens is unknown; Hamas has denied involvement in their disappearance, and no demands or credible claims of responsibility have been made by any party. The Israeli government has yet to offer any concrete evidence that Hamas is linked, yet its response against Hamas as well as ordinary Palestinians has been extremely violent and repressive. Human rights organizations in Israel-Palestine (Amnesty International, B’Tselem, Gisha, the Association for Civil Rights in Israel, the Public Committee Against Torture in Israel, HaMoked: Center for the Defence of the Individual, Yesh Din, Adalah, Physicians for Human Rights – Israel, Rabbis for Human Rights, and Breaking the Silence) signed a letter urging that Israel stop imposing “collective punishment” on the Palestinian people.

China Wants To Construct A 50 Square Mile Self-Sustaining City South Of Boise, Idaho Thanks to the trillions of dollars that the Chinese have made flooding our shores with cheap products, China is now in a position of tremendous economic power. So what is China going to do with all of that money? One thing that they have decided to do is to buy up pieces of the United States and set up “special economic zones” inside our country from which they can continue to extend their economic domination. One of these “special economic zones” would be just south of Boise, Idaho and the Idaho government is eager to give it to them. China National Machinery Industry Corporation (Sinomach for short) plans to construct a “technology zone” south of Boise Airport which would ultimately be up to 50 square miles in size. The Chinese Communist Party is the majority owner of Sinomach, so the 10,000 to 30,000 acre “self-sustaining city” that is being planned would essentially belong to the Chinese government.

Oliver Stone on the Untold U.S. History from the Atomic Age to Vietnam to Obama’s Drone Wars This is a rush transcript. Copy may not be in its final form. JUAN GONZÁLEZ: We turn now to the untold history of the United States. Academy Award-winning filmmaker Oliver Stone has taken on three American presidents in JFK , Nixon and W. A Vietnam War veteran, he was decorated with a Bronze Star and a Purple Heart. As a filmmaker, he’s tackled the most controversial aspects of the war, of the Vietnam war, in his classics Platoon and Born on the Fourth of July . Iran captures intruding US drone over Persian Gulf waters Iran's Islamic Revolution Guards Corps (IRGC) has captured a US ScanEagle drone over the Persian Gulf waters upon its intrusion into the Iranian airspace. IRGC Navy Commander Rear Admiral Ali Fadavi made the announcement on Tuesday, adding that the Iranian armed forces enjoy full intelligence command over foreign movements in the Persian Gulf region. Referring to the captured ScanEagle drone, the Iranian commander pointed out, “Such drones are usually launched from large aircraft carriers.” The ScanEagle drone, which has a 10ft (3m) wingspan, is a long-endurance aircraft built by Insitu, a subsidiary of Boeing.