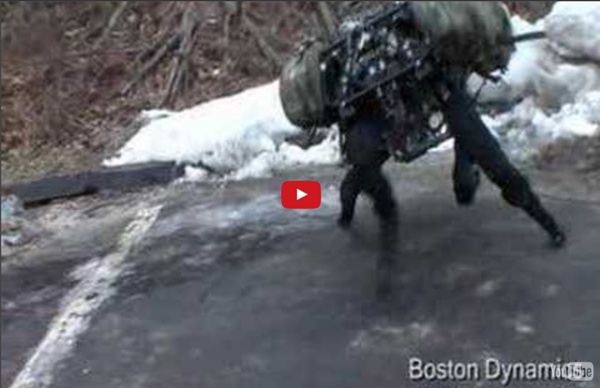 Morgan Quigley | Innovators Under 35 Three decades ago, the availability of many versions of DOS helped spark the boom in personal computers. Today, Robot Operating System, or ROS, is poised to do the same for robots. Morgan Quigley programmed the first iteration of what grew into ROS as a graduate student in 2006, and today his open-source code is redefining the practical limits of robotics. Since version 1.0 was released in 2010, ROS has become the de facto standard in robotics software. 159,000 Number of industrial robots sold in 2012 To visit Quigley’s office at the Open Source Robotics Foundation in Mountain View, California, the organization he cofounded last summer to steward ROS, is to step into a future of robotics where hardware is cheap, and it’s quick and easy to snap together preëxisting pieces to create new machines. Unlike more conventional robotic technology, Quigley’s four-fingered hand is not controlled by a central processor. Despite its name, ROS isn’t really an operating system. —Ted Greenwald

Ouya game console smashes funding target 9 August 2012Last updated at 10:08 ET The finished console will be much smaller than existing living room gaming gadgets. A plea for funds to help build a cheap games console has ended with nine times more cash donated than had been sought. Ouya asked backers to pledge $950,000 (£606,000) via the Kickstarter website to turn designs for the console into a finished product. By the time the pledge period ended on 9 August the total promised had hit $8,596,475 (£5.8m). The Ouya console is expected to go on sale in March 2013 and cost $99 (£63). Pirate play The gadget will be built around a processor made by graphics firm Nvidia that usually appears in smartphones, and will run Google's Android mobile operating system. The link to Android means it will be able to play any game written for the mobile operating system. Games companies including Square Enix, maker of the Final Fantasy series, and Namco Bandai, creator of Soul Calibur, have pledged their support.

Innovator Under 35: Pieter Abbeel, 33 Instead of programming robots to handle each step of a new job, Pieter Abbeel, an assistant professor at UC Berkeley, has created robots that can observe humans demonstrating a task and then mimic them, or learn from pictures how to handle a piece of flexible material they've never seen before. His robots have learned to perform flying acrobatics, tie surgical sutures, and neatly sort socks. Abbeel's key innovation was to program the robots so that they can reliably infer the underlying intent of their instructors, filtering out the "noise"—irrelevant variations, or even slight mistakes, in the instructors' demonstrations.

The age of information overload Victoria Belmont finds out who is really in charge - our technology or us? From reading emails to managing status updates on mobile devices 24/7 with an all-you-can-eat data plan - we are consuming information like never before. Forget about describing bytes as mega and giga, think exa and zetta because by 2016 there may be the data equivalent of every movie ever made hurtling across the internet every three minutes. While that may seem like way too much for a person to watch, an academic study by the University of California, San Diego, suggests that current data levels are the equivalent of each US citizen consuming 12 hours of information - or media - each day. An average US citizen on an average day, it says, consumes 100,500 words, whether that be email, messages on social networks, searching websites or anywhere else digitally. "In principle, you can have more than 24 hours of consumption in a day." Tasered with a text And that is a problem that is beginning to get noticed.

superfast rock-paper-scissors robot wins every game it plays nov 05, 2013 superfast rock-paper-scissors robot wins every game it plays superfast rock-paper-scissors robot wins every game it playsall images courtesy of ishikawa oku laboratory take a look at the video below to see the mechanical hand win every game of rock-paper-scissors it plays against its human opponent: janken (rock-paper-scissors) robot with 100% winning rate: 2nd version video courtesy of ishikawa oku laboratory diagram showing how the high-speed vision recognizes the shape of the human hand the evolution of the janken rock-paper-scissors robot h/t nina azzarello I designboom Cleantech 100 case study: Liquid Robotics | Guardian Sustainable Business | Guardian Professional Oceans cover three quarters of the earth's surface yet remain mostly unexplored. Vast distances and harsh conditions make manned ocean exploration expensive and often hazardous. So why not get robots to do the job? "The robot doesn't get sea sick, it doesn't slip on the deck and hurt itself, it doesn't get bored, and it doesn't run out of fuel," says Bill Vass, chief executive at Liquid Robotics, developer of the Wave Glider, an unmanned robotic vessel designed to monitor, observe and measure the world's oceans. Founded in 2007, with offices in California and Hawaii, the company's technology grew out of efforts to capture the songs of migrating humpback whales. The Wave Glider consists of two parts. Solar panels on the float generate power for computing and navigation and for transmitting data back to shore in real time. The craft has proven itself durable. The Wave Glider navigates by autopilot, with its route programmed prior to a mission.

Pentagon Seeks Robotic Hand With Soft Touch - Government - Enterprise DARPA invests in technology to develop more human-like robotic hands; iRobot demonstration shows promise. Spy Tech: 10 CIA-Backed Investments (click image for larger view and for slideshow) The Department of Defense has demonstrated a robotic hand with finger movements that are closer to those of a human hand than the claw-like hands of earlier robots. The Defense Advanced Research Projects Agency’s Autonomous Robotic Manipulation (ARM) program released a video showing the prototype hand picking up a key, turning it in a door lock, and opening a door, among other tasks. The device was built by iRobot. The purpose of the ARM program is to develop autonomous manipulation devices that are able to grasp and manipulate objects of various sizes in a real-world environment, receiving only high-level direction from human operators. [ What other innovations has DARPA been investing in? Uncle Sam's taken the lead on secure use of cloud services. More Insights

RoboEarth [Artificial Intelligence] Knowledge-Exchange between Robots The purpose of the RoboEarth project is to create a giant network through which robots and their programmers can easily share information about actions and the world. Similar to what the World Wide Web has done for humans, RoboEarth will enable robotic systems to benefit from the experience of other robots in a way that can be easily translated to their own case. Data stored in RoboEarth include software components, environment maps, task knowledge, and object recognition models. The network will provide a key infrastructure for advancing machine cognition and behavior incrementally on a collective level. Our role in the RoboEarth consortium is to investigate knowledge representation and mechanisms for uploading, exchanging and applying action recipes. For more information and news, visit www.roboearth.org Partners:

The RoboEarth Cloud Engine Designing robots to help in a disaster View the video Dennis Hong first spied Japan’s ruined nuclear power plant from a bus wrapped in plastic. A hefty layer of protection guarded the seats, floors and handles from radioactive dust. Hong wore a face mask and gloves to limit his own exposure. Like the other passengers, he had dressed in old clothes that he was willing to toss after the trip. More than three years earlier, after an earthquake and tsunamis battered Japan’s eastern coast, the Fukushima Daiichi Nuclear Power Station blew, blasting radiation into the sea and sky. “It’s like a disaster site frozen in time,” Hong says. Workers toiled day and night to save the plant, but they had to get out as radiation levels rose. Ideally, robots could take over for human crews. Hong, a UCLA roboticist, is one of several engineers racing to make robots that can come to the rescue in disasters. Engineers have built impressive-looking humanlike bots that can play trumpet and even compete against each other in slow-moving soccer games.

» New DARPA Robot Can Autonomously Track People Alex Jones Professor warns machines will be used to “kill people” Paul Joseph Watson Infowars.com Wednesday, September 12, 2012 Following Professor Noel Sharkey’s warning that the fleet of robots being developed for DARPA will ultimately be used to “kill people,” Boston Dynamics has released a new video showcasing how its LS3 robot is able to autonomously track humans over rugged terrain. The video clip shows a field test of the DARPA Legged Squad Support System autonomously following a man through a forest. “We’ve refined the LS3 platform and have begun field testing against requirements of the Marine Corps,” Army Lt. Although Boston Dynamics and DARPA claim the robots are ostensibly being designed to help conduct humanitarian and relief missions, Noel Sharkey, professor of artificial intelligence and robotics at the University of Sheffield, recently warned that the true purpose of the machines is less benign. “It’s going to be used for chasing people across the desert, I would imagine. BREAKING!

» DARPA “Emergency Response” Robot Runs Faster Than Usain Bolt Alex Jones Machines to be used for “defense missions” Paul Joseph Watson Infowars.com Thursday, September 6, 2012 One of the robots under development by DARPA for the purpose of “emergency response” and humanitarian missions has beaten the human world speed record set in 2009 by athlete Usain Bolt. “The Defense Advanced Research Project’s (DARPA) Cheetah managed to reach 28.3 mph, said the agency on Sept. 5. The speed is a little faster than the fastest human, Usain Bolt, who set the human world speed record when he reached a peak speed of 27.78 mph in 2009 during a100 meter sprint. Cheetah’s advantage versus other robots when it comes to emergency response, humanitarian missions and “other defense missions,” is that it legs enable it to handle difficult terrain, unlike wheeled and tracked robots. Cheetah was able to beat its previous speed record with the aid of improved control algorithms and a more powerful pump. In 2008, Professor Sharkey told listeners of the Alex Jones show: Print this page.