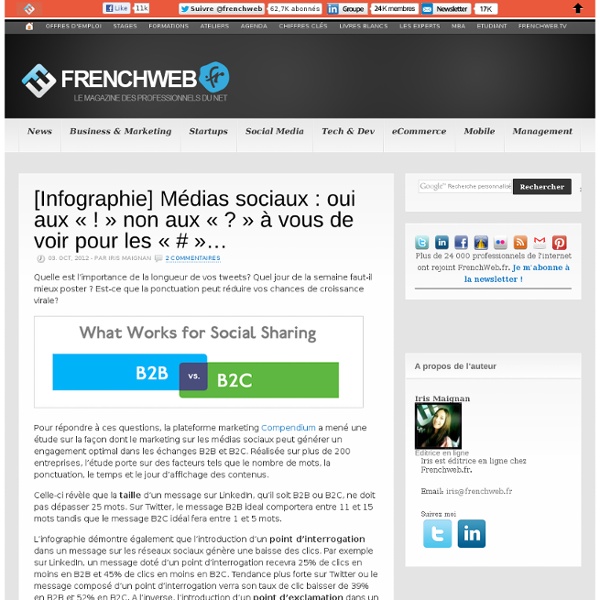 20 Reasons to Switch to Google+ [INFOGRAPHIC] Thinking of truly embracing Google+ as your go-to social network of choice? The folks at Infographic Labs have put together a compelling infographic as to why the Google service is worth your time. From seamless integration with Google services such as Gmail, Google Docs and Picasa to better game integration, video chat Google Hangouts with friends and easy privacy setting enabling, Infographic Labs makes a good case for Google+. SEE ALSO: Google+ Local Unlocks the Power of Zagat But what do all of these compelling features really mean if your friends and family aren't already on the site? The infographic also highlights other interesting Google+ stats, including that nearly 70% of its users are male. Have you made the switch to Google+? Image via Infographic Labs

Social versus search: infographic The launch of Google+ certainly put social search on the table, raising awareness within agencies and brands alike after an initial frenzy over the combined concept in 2010. And while separately they have their strengths, it's not an either/or situation, or even placing more emphasis on one over the other - both are an essential part of a marketer's toolkit. Like many others, MDG Advertising suggests that the two channels hold exponentially more power when marketers use them in tandem. The agency has observed how the two online methods measure up on their own, and in sync. For instance, search is more effective for some online objectives such as lead generation (which seems to be the consensus among both B2C and B2B marketers). While building brand awareness involves a completely different marketing approach that makes increasing exposure the primary mission. When it comes to maximising the visibility of local businesses, twice as many consumers rely on search engines. The real winner?

Google+ For Business [Infographic] A growing audience and a powerful search engine are two reasons that Google+ is becoming a useful social network for brands. This infographic shows how to use the network to benefit your business. With 90 million users on Google+, the social network is still behind Facebook’s 845 million monthly active users, but the Google+ audience seems to be loyal. Sixty percent of them log in every day, compared to the 20 percent of users who log in daily on Twitter. In this infographic, Internet marketing company BlueGlass takes a look at how people share information through their circles and what kinds of information they’d like to see from companies who have pages on the site. The users seemed to like a mix of magazine-style content and responsive customer service. The biggest benefit was, of course, the effect of Google’s new social layer on the search results.

Social Media Users In Love: Romance Update [INFOGRAPHIC] How do you meet people you'd like to get to know better? How do you treat each other once you're together? Social media turns out to be a great accelerator for exposing you to potential mates, but does that change the basic way people interact with each other? The infographic and research experts at Lab42 set out to take the pulse of today's relationship hunters as well as established lovers, conducting a survey between Oct. 27 and Oct. 30 where they asked 500 social network users over age 18 some rather personal questions about meeting people, cheating, communication and more. Is your romantic life similar to that of most other social networkers, or do you play the game your own way? Infographic courtesy Lab42

The Case Against Having a Social Media Department [INFOGRAPHIC] If you’re a marketer looking to make more inroads into social media — and who isn’t? — you might want to take a look at the infographic below. SimpliFlying examined the social media practices of big players in the airline industry and found that integrated is better than dedicated. What’s the difference? As the infographic shows, airlines with an integrated model tend to perform better than those with a dedicated staff. Click here for a video narration of this infographic. Image courtesy of Flickr, davipt