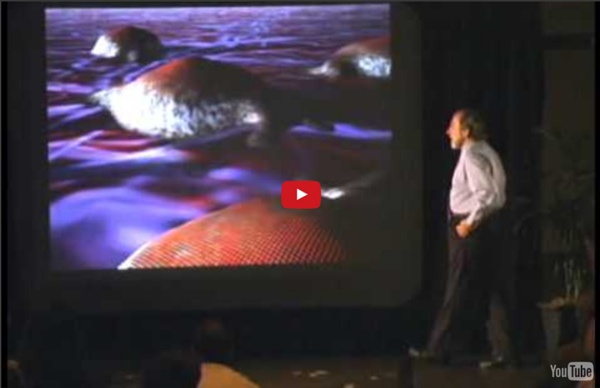 The Biology of Belief: Unleashing the Power of Consciousness, Matter & Miracles This new updated and expanded 10th anniversary edition of The Biology of Belief will forever change how you think about your own thinking. Stunning new scientific discoveries about the biochemical effects of the brain’s functioning show that all the cells of your body are affected by your thoughts. Bruce H. Lipton, Ph.D., a renowned cell biologist, describes the precise molecular pathways through which this occurs. Using simple language, illustrations, humor, and everyday examples, he demonstrates how the new science of epigenetics is revolutionizing our understanding of the link between mind and matter, and the profound effects it has on our personal lives and the collective life of our species.

4 Ways to Automatically Synchronize Computer Clock on Windows Startup There is a small battery integrated into your computer’s motherboard to keep the PC clock running even when the computer is turned off. When the battery runs out, you will start seeing error messages such as “System CMOS checksum bad – Default configuration used” when starting up the computer and the date and time getting reset back to the default BIOS manufacturer date. You can still start up the computer by pressing a button to resume the boot process and Windows will load as normal. The problems start when you begin using the computer whereby the created, modified and accessed time on files and folders will get messed up, the emails that you sent and received on your email client software are marked with a much older date resulting in the mails being pushed to the bottom, all secure HTTPS websites won’t load on your web browser, evaluation periods of trial software may instantly expire, etc. Load Dimension 4 at startupOnce loaded, wait until onlineSynchronize once, then exit

The [I AM] Manifestation Series Joseph Murphy (1898-1981) Prosperity writer extraordinaire “There is tremendous power within you. Once you learn to contact and release the hidden power of your subconscious mind, you can bring into your life more power, more wealth, more health, more happiness, and more joy.

Nephilim Etymology[edit] In the Hebrew Bible[edit] The term "Nephilim" occurs just twice in the Hebrew Bible, both in the Torah. The first is Genesis 6:1–4, immediately before the story of Noah's ark. The Honeymoon Effect - Audio Book 4 CDs (4 hours, 9 minutes) Co-read by Bruce Lipton and Margaret Horton Listen to a sample: The Honeymoon Effect: A state of bliss, passion, energy, and health resulting from a huge love. Your life is so beautiful that you can’t wait to get up to start a new day and you thank the Universe that you are alive. Creating an invoice – MINDBODY, Inc. You can create sales invoices for your clients directly from your MINDBODY software. Invoices are different from sales receipts and balance statements. Client invoices enable you to send notification of payment terms, whereas account balance statements are used to notify customers of payments owed, and receipts are most often used as proof of payment. Contents Create an invoice

A Political and Spiritual Awakening of Humanity Talk presented to the conference on "Engaging the World With Compassion," presented by the Learning Alliance, Voices 21, SEVA Foundation, & The Rene Dubos Consortium for Sacred Ecology at the Cathedral of St. John the Divine, New York City, Friday, January 17, 1997. by David C.

The Book of Enoch Index Contents Start Reading Page Index Text [Zipped] The Book of Enoch, written during the second century B.C.E., is one of the most important non-canonical apocryphal works, and probably had a huge influence on early Christian, particularly Gnostic, beliefs. Filled with hallucinatory visions of heaven and hell, angels and devils, Enoch introduced concepts such as fallen angels, the appearance of a Messiah, Resurrection, a Final Judgement, and a Heavenly Kingdom on Earth. Interspersed with this material are quasi-scientific digressions on calendrical systems, geography, cosmology, astronomy, and meteorology. This etext has been prepared specially for sacred-texts, and is a great improvement over other versions on the Internet, with the introduction, correct verse numbering, page numbers from the 1917 edition, and intact critical apparatus.

Lactobacillus plantarum Lactobacillus plantarum is a widespread member of the genus Lactobacillus, commonly found in many fermented food products as well as anaerobic plant matter. It is also present in saliva (from which it was first isolated). It has the ability to liquefy gelatin. L. plantarum has one of the largest genomes known among the lactic acid bacteria and is a very flexible and versatile species. [edit] L. plantarum is a Gram-positive-aerotolerant bacteria that grows at 15 °C (59 °F) but not at 45 °C (113 °F), and produces both isomers of lactic acid (D and L). Here's What the Space Around Earth Sounds Like - Rebecca J. Rosen One of NASA's newest missions has recorded the radio waves coming from our magnetosphere. Musicians: Sample away. A graphic of Earth's twin rings of plasma known as the Van Allen Radiation Belts in our planet's magnetosphere (NASA) Surrounding our planet are rings of plasma, part of Earth's magnetosphere, which are pulsing with radio waves. Those waves are not audible to the human ear alone, but radio antennae can pick them up, and that's just what an instrument -- the Electric and Magnetic Field Instrument Suite and Integrated Science (EMFISIS) -- on NASA's recently launched Radiation Belt Storm Probes has done. The noises, often picked up here on Earth by ham-radio operators, are called Earth's "chorus" as they are reminiscent of a chorus of birds chirping in the early morning.

Oahspe index Oahspe, the product of automatic writing by a 19th century dentist named John Ballou Newbrough, is a hallucinogenic reworking of cosmology and ancient history. Written in a pseudo-archaic style, the narrative is told from two viewpoints: that of heaven and earth. For a large part of the book there are parallel texts from each point of view on the top and bottom of the page (hence the page numbers 'a' and 'b'). There are many moving, lucid passages, dealing with ethical and spiritual topics; however these must be sought out. For a large part, Oahspe remains a sealed book. Our Roots. Our Planet. Our Future. ~The Origins Movie With Dr. Pedram Shojai It’s pretty clear that we have changed. Only a few generations ago, chronic illnesses like heart disease, cancer, and diabetes were seen in only a small percentage of the population. Today, some statistics show that more than three-fourths of the western world are afflicted with one of these major illnesses. The question is…