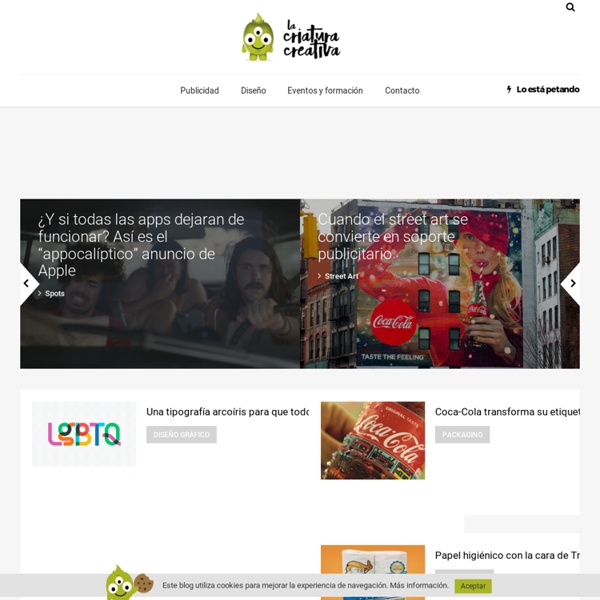 Cupful of QR Genius From Guinness Some years ago, I enthusiastically reported on the optical illusion coasters created by BBDO New York for Guinness brand beer. They were a low-tech way to create conversation and engagement with the product. Here we are again with a product-activated higher-tech idea. When Guinness is poured into a specially marked glass a QR (Quick Response) code is revealed. AdWeek reports, when you scan the code with a smartphone it “tweets about your pint, updates your Facebook status, checks you in via Foursquare, downloads coupons and promotions, invites your friends to join you, and even launches exclusive Guinness content.” What’s sneaky is that a golden colored beer won’t work, it’s gotta be a dark beer like a Guinness.

How Tim Cook is changing Apple FORTUNE -- In February of this year, a group of investors visited Apple as part of a "bus tour" led by a research analyst for Citibank. The session started with a 45-minute presentation by Peter Oppenheimer, Apple's chief financial officer, and the 15 or so investors who attended the session were treated to Apple's unique brand of hospitality: They met in a threadbare conference room in Apple's Town Hall public conference center at the 4 Infinite Loop building in Cupertino, Calif., where the refreshments consisted of "three stale cookies and two Diet Cokes," in the words of one participant. All that, save the meager refreshments, is routine for big public companies in Silicon Valley, which use the check-ins as opportunities to communicate with large owners of their stock. After the CFO finished, Cook, at that point chief executive of Apple for all of five months, stood to offer his remarks. Tim Cook at a March event introducing the new iPad in San Francisco

Logo Inspiration Gallery LogoGala version 2.0 is in the works! We don't have a set launch date yet, but in the meantime, get on the beta invite list. LogoGala RSS stands for Really Simple Syndication and provides an easy way to keep up with LogoGala so the inspiration is delivered to you, eliminating the need to check for updates. Available LogoGala Feeds Close

Light Painting Photography Practically anything can be considered a light painting photography tool and used to create a photograph, the following list are just some of the more common tools. Please search the blog and tutorial pages for other tools that may not be listed here and for creative uses for the ones that are listed below. Cable releases, also know as a shutter release, come in varying degrees of complexity and are a great addition to a light painting photographers arsenal. Some cable releases are a simple push button trigger and some are computer controlled. The more complex the more expensive they get, prices vary from $20.00 up into the hundreds of dollars.