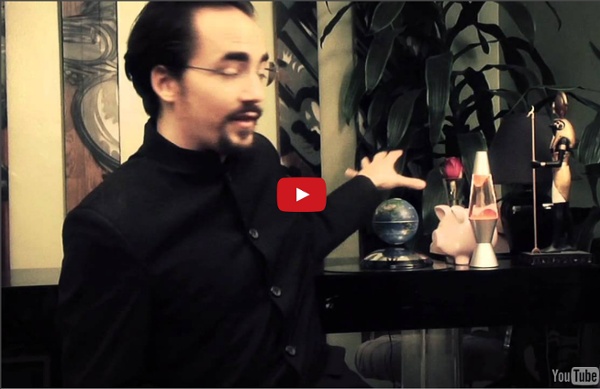 The Cheapest Generation - Derek Thompson and Jordan Weissmann In 2009, Ford brought its new supermini, the Fiesta, over from Europe in a brave attempt to attract the attention of young Americans. It passed out 100 of the cars to influential bloggers for a free six-month test-drive, with just one condition: document your experience online, whether you love the Fiesta or hate it. Young bloggers loved the car. Young drivers? Not so much. After a brief burst of excitement, in which Ford sold more than 90,000 units over 18 months, Fiesta sales plummeted. Don’t blame Ford. Adulthood, Delayed The Great Recession changed young Americans' attitudes about what it means to be an adult.by Derek Thompson In a bid to reverse these trends, General Motors has enlisted the youth-brand consultants at MTV Scratch—a corporate cousin of the TV network responsible for Jersey Shore—to give its vehicles some 20-something edge. Perhaps. Since World War II, new cars and suburban houses have powered the economy and propelled recoveries.

Culture in Decline Website Jacque Fresco - The Story Culture In Decline - Episode 3 (HD) (by Peter Joseph) Neurological Relativism by Robert Anton Wilson (Originally published in the March 1978 issue of New Libertarian, p.8) In my previous two columns, I have presented the case for the ultimate skepticism (i.e. solipsism) as strongly as I could, indicated that it not only can be defended on rigidly logical grounds (cf. Hume, David, works of), but also that is seemingly confirmed empirically by the practice of silent-level meditation. Of course, I am not a solipsist. I have even been on Welfare twice in my 45 years, for over a year each time. Nonetheless, my skepticism does verge very close to the solipsistic extreme, and Mr. The answer is the same as Godzilla gave on Saturday Night Live when Baba Wawa asked him, "How do you and Mrs. "Very carefully," said Godzilla. As the result of the yogic and alchemical disciplines I have practiced during the last 15 years, I know that the solipsist position is the minimal truth, i.e., that all we really know is a stream of sensation.

Who is Jacque Fresco ? Culture in Decline | Episode #6 "Tale of Two Worlds" by Peter Joseph Government in the Future Een lezing gegeven door Noam Chomsky in het Poetry Center in New York, 16 Feb. 1970, waarin hij de vier grote politieke ideologieën uiteen zet: (1) klassiek liberaal, (2) libertair socialisme, (3) staats-socialisme, (4) staats-kapitalisme. Uiteindelijk pleit hij voor het libertair socialisme. Video Audio De lezing is ook uitgegeven als boek, hier verkrijgbaar . Government in the Future I think it is useful to set up as a framework for discussion four somewhat idealized positions with regard to the role of the state in an advanced industrial society. Let me consider these four points of reference in sequence, beginning with the classical liberal point of view. Classical Liberalism Classical liberalism asserts as its major idea an opposition to all but the most restricted and minimal forms of state intervention in personal and social life. And, for the record, I think that this is an accurate description. Let me summarize the first point. Libertarian Socialism and Anarchism

John Trudell - Religious VS Spiritual Policy-based evidence making Evidence-based policy making is a theoretical construct whereby political policy is based on sound scientific evidence. This has never happened. Policy-based evidence making, by contrast, happens all the time. Politicians have an idea, realise there is no scientific support for it, so set out to produce some. [edit] Methods The most common form of policy-based evidence making is opinion polls, which of course will always yield the result the pollsters are paid to deliver thanks to the miracle of push polling. Working from a conclusion to provide only supporting evidence contradicts most interpretations of the scientific method but that doesn't bother the usual suspects: politicians and woo-merchants. [edit] A shift to evidence-based policy? The term "policy based evidence making" was referred to in a report of the House of Commons Select Committee on Science and Technology into Scientific Advice, Risk and Evidence Based Policy Making issued in October 2006. [edit] Quality polemics [edit]

Joe Rogan - Be The Hero In Your Movie Primitive human society 'not driven by war' 18 July 2013Last updated at 15:40 ET Some have said war is an innate part of human behaviour - but this research suggests otherwise Primitive society was not driven by war, scientists believe. Researchers from Abo Academy University in Finland say that violence in early human communities was driven by personal conflicts rather than large-scale battles. They say their findings suggest that war is not an innate part of human nature, but rather a behaviour that we have adopted more recently. The study is published in the journal Science. Patrik Soderberg, an author of the study, said: "This research questions the idea that war was ever-present in our ancestral past. Motives for murder The research team based their findings on isolated tribes from around the world that had been studied over the last century. Continue reading the main story “Start Quote As humans settled down, then war becomes more dominant and present” End QuotePatrik SoderbergAbo Academy University