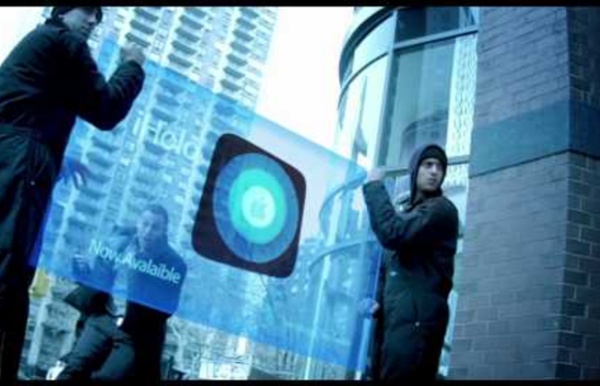 Why Social Media Isn't Social  The rise of Internet-based innovations promised to connect us together, to unite us in an egalitarian community of billions of individuals, sharing our lives through Facebook, Twitter, Instagram, Foursquare, and more. But social media’s effects are anything but social, they’re a crutch — a crutch on which we lean instead of learning how to interact and communicate with others effectively. I believe that social media does two unfortunate things: It allows individuals to put on masks and hold up shields. Are you ready? This is all the data Facebook and Google have on you Want to freak yourself out? I’m going to show just how much of your information the likes of Facebook and Google store about you without you even realising it. Google knows where you’ve been Google stores your location (if you have location tracking turned on) every time you turn on your phone.

» Napster, Udacity, and the Academy Clay Shirky Fifteen years ago, a research group called The Fraunhofer Institute announced a new digital format for compressing movie files. This wasn’t a terribly momentous invention, but it did have one interesting side effect: Fraunhofer also had to figure out how to compress the soundtrack. The result was the Motion Picture Experts Group Format 1, Audio Layer III, a format you know and love, though only by its acronym, MP3. The recording industry concluded this new audio format would be no threat, because quality mattered most. Who would listen to an MP3 when they could buy a better-sounding CD at the record store? Then Napster launched, and quickly became the fastest-growing piece of software in history. How Britain changed under Margaret Thatcher. In 15 charts What is the the legacy of Margaret Thatcher, who died today? The 1980s is increasingly being seen as deep history - 50% of the Datablog team were born in the late 1980s and were just toddling into school when she resigned in November 1990. If the past is a foreign country (they do things differently there), there is nowhere more foreign than May 1979, when the Conservatives entered Downing Street. In fact, it's getting increasingly difficult to tell - many of the datasets we rely on now weren't compiled until the early 1990s. So what kind of Britain did the country's first woman prime minister come to rule in 1979 - and how has it changed?

Essay critiques the ideas of Clay Shirky and others advocating higher ed disruption Clay Shirky is a big thinker, and I read him because he’s consistently worth reading. But he’s not always right – and his thinking (and the flaws in it) is typical of the unquestioning enthusiasm of many thinkers today about technology and higher education. In his recent piece on "Napster, Udacity, and the Academy," for example, Shirky is not only guardedly optimistic about the ways that MOOCs and online education will transform higher education, but he takes for granted that they will, that there is no alternative. Just as inevitably as digital sharing turned the music industry on its head, he pronounces, so it is and will be with digital teaching. theconversation The recent killing of unarmed Palestinians by Israeli forces has sparked not only a reasonable outcry, but commentary on the language journalists use to report these events. For instance, writer and English professor Moustafa Bayoumi, of City University of New York, wrote: It is the peculiar fate of oppressed people everywhere that when they are killed, they are killed twice: first by bullet or bomb, and next by the language used to describe their deaths.

The Ecologies of Yearning #opened12 (with image, tweets) · audreywatters Ecology of ideas -- Bateson Bateson's Hierarchy of Learning Zero learning: "receipt of signal." No error possible Learning 1: "change in specificity of response by correction of errors of choice within a set of alternatives." Pavlov etc

Les réseaux sociaux (compréhension de l'écrit) Compréhension de l’écrit 10 pts Doc. 1Teenagers, Internet socializing not a bad thing Barack Obama Speech - Democratic Convention Acceptance Speech - COMPLETE TEXT The American Promise Acceptance Speech at the Democratic Convention Mile High Stadium, Denver Colorado August 28, 2008 To Chairman Dean and my great friend Dick Durbin; and to all my fellow citizens of this great nation; With profound gratitude and great humility, I accept your nomination for the presidency of the United States. Let me express my thanks to the historic slate of candidates who accompanied me on this journey, and especially the one who traveled the farthest - a champion for working Americans and an inspiration to my daughters and to yours -- Hillary Rodham Clinton.

Openness, the double bind, and ecologies of yearning. » EdTech@VCCS I’ve seen my share of conference keynotes, some tedious, some exhilarating, many forgettable. But I have never seen a keynote quite like the one delivered by Gardner Campbell on the morning of the first day of the OpenEd Conference. In fact, calling it a keynote is a disservice. It was more of a meditation. A performance. New means of communication (séries générales LV2) Good news for worried parents: all those hours their teenagers spend socializing on the Internet are not a bad thing, according to a new study by the MacArthur Foundation. “It may look as though kids are wasting a lot of time hanging out with new media, whether it’s on MySpace or sending instant messages,” said Mizuko Ito, lead researcher on the study, “Living and Learning With New Media.” “But their participation is giving them the technological skills and literacy they need to succeed in the contemporary world. They’re learning how to get along with others, how to manage a public identity, how to create a home page.” The study, conducted from 2005 to last summer, describes new-media usage but does not measure its effects.

1984: 'We lived on potatoes' 1984: 'We lived on potatoes' Easington Colliery pit in County Durham was not on National Coal Board Chairman's hit list of uneconomic mines. But most of the men working there still came out on strike in support of their colleagues who would lose their jobs if Ian MacGregor's proposals were implemented. Stuart Taylorson was the nine-year-old son of one of these miners and can clearly remember the hardship of the strike year. There were about 3,500 people in our village who worked down the pit.