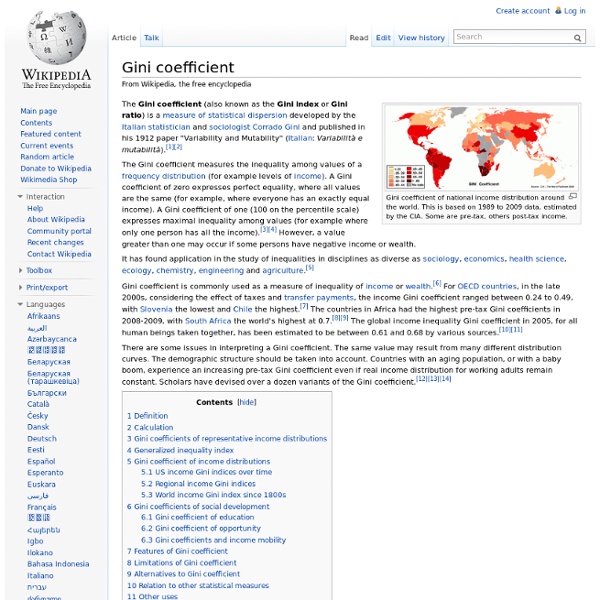 Global governance Global governance or world governance is a social movement toward political integration of transnational actors aimed at solving problems that affect more than one state or region when there is no power of enforcing compliance. The modern question of world governance exists in the context of globalization. In response to the acceleration of interdependence on a worldwide scale, both between human societies and between humankind and the biosphere, the term "world governance" may also be used to designate laws, rules, or regulations intended for a global scale. Definition[edit] In a simple and broad-based definition of world governance, the term is used to designate all regulations intended for organization and centralization of human societies on a global scale.[1] Traditionally, government has been associated with "governing," or with political authority, institutions, and, ultimately, control. Usage[edit] Context[edit] Need[edit] Crisis of purpose[edit] World government[edit] Issues[edit]

Globalization Globalisation (or globalization) is the process of international integration arising from the interchange of world views, products, ideas, and other aspects of culture.[1][2] Advances in transportation and telecommunications infrastructure, including the rise of the telegraph and its posterity the Internet, are major factors in globalization, generating further interdependence of economic and cultural activities.[3] Though scholars place the origins of globalization in modern times, others trace its history long before the European age of discovery and voyages to the New World. Some even trace the origins to the third millennium BCE.[4][5] In the late 19th century and early 20th century, the connectedness of the world's economies and cultures grew very quickly. Overview[edit] Humans have interacted over long distances for thousands of years. Airline personnel from the "Jet set" age, circa 1960. Etymology and usage[edit] Sociologists Martin Albrow and Elizabeth King define globalization as:

Externality In economics, an externality is the cost or benefit that affects a party who did not choose to incur that cost or benefit.[1] Implications[edit] External costs and benefits Voluntary exchange is considered mutually beneficial to both parties involved, because buyers or sellers would not trade if either thought it detrimental to themselves. However, a transaction can cause additional effects on third parties. From the perspective of those affected, these effects may be negative (pollution from a factory), or positive (honey bees kept for honey that also pollinate neighboring crops). A voluntary exchange may reduce societal welfare if external costs exist. On the other hand, a positive externality would increase the utility of third parties at no cost to them. There are a number of potential means of improving overall social utility when externalities are involved. Examples[edit] Negative[edit] Barry Commoner commented on the costs of externalities: Positive[edit] Positional[edit]

Gross domestic product Gross domestic product (GDP) is defined by the Organisation for Economic Co-operation and Development (OECD) as "an aggregate measure of production equal to the sum of the gross values added of all resident, institutional units engaged in production (plus any taxes, and minus any subsidies, on products not included in the value of their outputs)."[2] GDP estimates are commonly used to measure the economic performance of a whole country or region, but can also measure the relative contribution of an industry sector. This is possible because GDP is a measure of 'value added' rather than sales; it adds each firm's value added (the value of its output minus the value of goods that are used up in producing it). The more familiar use of GDP estimates is to calculate the growth of the economy from year to year (and recently from quarter to quarter). History[edit] The history of the concept of GDP should be distinguished from the history of changes in ways of estimating it. Determining GDP[edit]