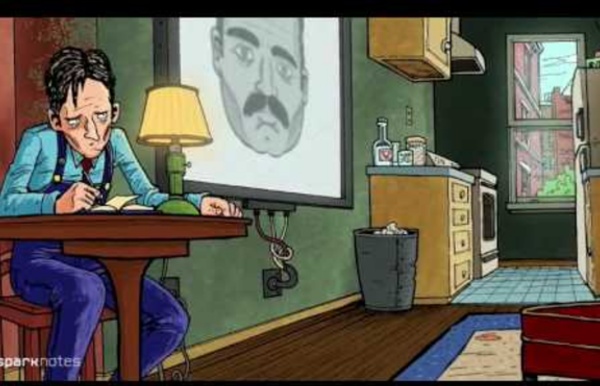 Revealed: how US and UK spy agencies defeat internet privacy and security US and British intelligence agencies have successfully cracked much of the online encryption relied upon by hundreds of millions of people to protect the privacy of their personal data, online transactions and emails, according to top-secret documents revealed by former contractor Edward Snowden. The files show that the National Security Agency and its UK counterpart GCHQ have broadly compromised the guarantees that internet companies have given consumers to reassure them that their communications, online banking and medical records would be indecipherable to criminals or governments. The agencies, the documents reveal, have adopted a battery of methods in their systematic and ongoing assault on what they see as one of the biggest threats to their ability to access huge swathes of internet traffic – "the use of ubiquitous encryption across the internet". But security experts accused them of attacking the internet itself and the privacy of all users.

Revealed: Rio Tinto's plan to use drones to monitor workers' private lives In the remote Australian outback, multinational companies are embarking on a secretive new kind of mining expedition. Rio Tinto has long mined the Pilbara region of Western Australia for iron ore riches but now the company is seeking to extract a rather different kind of resource – its own employees, for data. Thousands of Rio Tinto personnel live in company-run mining camps, spending not just work hours but leisure and home time in space controlled by their employer – which in this emerging era of smart infrastructure presents the opportunity to hoover up every detail of their lives. Rio Tinto is no stranger to using technology to improve efficiency, having replaced human-operated vehicles with automated haul trucks and trains controlled out of a central operations centre in Perth.

Class Games For Secondary Students - Fun Class GamesFun Class Games Sometimes High School classes can be mundane and boring. However, if you play these games in class either at the start of class as a warm up or at the end of class as a reward, it will sure motivate your students one way or another. Here is a list of the best games to play in a high school classroom. Greedy Pig Year level: Early – mid secondaryEquipment: 1 x die, a whiteboard to tally the scoresDuration: 10 – 15 minutes (this may significantly vary depending on student engagement)Aim: To tally up as many points as you can before a 3 is rolled Rules: This class game is good to introduce probability.

UK security agencies unlawfully collected data for decade The UK’s security agencies have secretly and unlawfully collected massive volumes of confidential personal data, including financial information, on British citizens for more than a decade, top judges have ruled. The investigatory powers tribunal, which is the only court that hears complaints against MI5, MI6 and GCHQ, has ruled that the security services operated secret regimes to collect vast amounts of personal communications data tracking individual phone and web use and large datasets of confidential personal information without adequate safeguards or supervision for more than 10 years. The IPT ruling includes the disclosure from an unpublished 2010 MI5 policy statement that the “bulk personal datasets” include material on the nation’s personal financial activities. “The fact that the service holds bulk financial, albeit anonymised, data is assessed to be a high corporate risk, since there is no public expectation that the service will hold or have access to this data in bulk.

'I got too rich in North Korea and had to fake my own death' – a defector's story ​ Dzhon Khen-mu’s decision to fake his own death and escape North Korea all began with a box of popular local herbs. Working as a hotel manager in the capital, Pyongyang, he was one of the few North Koreans allowed to be in close contact with foreign guests who were on state-sanctioned visits. One day, he gave a Japanese visitor a box of ginseng as a gift, who in turn gave hima $300 tip – an act of generosity that would change his life for ever, he explains from South Korea, where he has lived since 2003. Commercial activity is prohibited by North Korea’s collectivist leadership.

NSA files decoded: Edward Snowden's surveillance revelations explained Two factors opened the way for the rapid expansion of surveillance over the past decade: the fear of terrorism created by the 9/11 attacks and the digital revolution that led to an explosion in cell phone and internet use. But along with these technologies came an extension in the NSA’s reach few in the early 1990s could have imagined. Details that in the past might have remained private were suddenly there for the taking. Chris Soghoian

UK slang for international students By Sophie Cannon at Education UK, 27 January 2014 'Hiya mate, fancy a cuppa and a chin-wag?' 'I can't sorry pal, I'm skint. Gutted!' When you first arrive in the UK for your studies, you might be mystified by some of the words and phrases local people use. Nineteen eighty-four Though all "thinking people," as they are still sometimes called, must by now have more than a vague idea of the dangers which mankind runs from modern techniques, George Orwell, like Aldous Huxley, feels that the more precise we are in our apprehensions the better. Huxley's "Ape and Essence" was in the main a warning of the biological evils the split atom may have in store for us; Orwell's Nineteen Eighty-Four speaks of the psychological breaking-in process to which an up-to-date dictatorship can subject non-cooperators. The story is brilliantly constructed and told. Winston Smith, of the Party (but not the Inner Party) kicks against the pricks, with what results we shall leave readers to find out for themselves.

Slang Language changes all the time. New words and phrases appear and evolve. The words and pronunciations used by young people in the UK can be very different to those used by adults. Living in a multicultural society has an effect on language, especially on young people, whose friends are often from a mix of backgrounds.