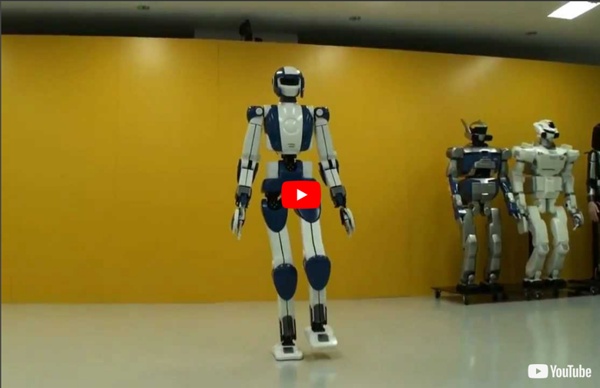 7 new smartphone features that will help define your future Biosensors will soon be integrated into clothing, shoes and accessories such as Sensoria smart socks, prescription Google Glass and smart workout gear from Athos, which is due this summer and is pictured above. Athos clothing analyzes how your body is performing, meaning you can track your fitness in real-time. Sensoria Fitness Socks have sensors to track activity and fitness goals. The sensors gather data on heart rate, force and pressure. Some Android phones can use eye-scanning security via the Eyeprint App Lock from EyeVerify, a demo of which is pictured. Keyless home deadbolt locks are expected to come into the mainstream in the future. Apple broadened the acceptance of fingerprint scanning with the iPhone 5S' Touch ID sensor. Google Glass may seem like a novelty right now but the wearable gadget could soon be saving some companies millions of dollars per year. Tech that will change your life No more keys: Bluetooth 4.0 Stewart Wolpin No more tickets or cash: NFC, iBeacon

Robots at Work and Play - In Focus Advancements in robotics are continually taking place in the fields of space exploration, health care, public safety, entertainment, defense, and more. These machines -- some fully autonomous, some requiring human input -- extend our grasp, enhance our capabilities, and travel as our surrogates to places too dangerous or difficult for us to go. Gathered here are recent images of robotic technology at the beginning of the 21st century, including robotic insurgents, NASA's Juno spacecraft on its way to Jupiter, and a machine inside an archaeological dig in Mexico. [32 photos] Use j/k keys or ←/→ to navigate Choose: Bipedal humanoid robot "Atlas", primarily developed by the American robotics company Boston Dynamics, is presented to the media during a news conference at the University of Hong Kong, on October 17, 2013. French patient Florian Lopes, 22, holds a tree branch with his new bionic hand at the readaptation center of Coubert, southeast of Paris, on June 3, 2013.

7 new smartphone features that will help define your future Biosensors will soon be integrated into clothing, shoes and accessories such as Sensoria smart socks, prescription Google Glass and smart workout gear from Athos, which is due this summer and is pictured above. Athos clothing analyzes how your body is performing, meaning you can track your fitness in real-time. Mobile World Congress begins in Barcelona Monday and amid the hoopla of new super-phones, largely unknown technologies will be revealed. And it will be these that change our lives. Here are seven I predict will help define our future. No more keys: Bluetooth 4.0 Bluetooth 4.0 (recently updated to 4.1), also known as Bluetooth Low Energy (LE) and Bluetooth Smart, already enables an ever-widening variety of wearable gadgets such as wrist-worn health/fitness monitors and smart watches. Away from home, several hotels have begun testing keyless Bluetooth 4.0 room entry. No more tickets or cash: NFC, iBeacon Constant health and fitness monitoring: Wearable biosensors

Initiative Founded by Russian entrepreneur Dmitry Itskov in February 2011 with the participation of leading Russian specialists in the field of neural interfaces, robotics, artificial organs and systems. The main goals of the 2045 Initiative: the creation and realization of a new strategy for the development of humanity which meets global civilization challenges; the creation of optimale conditions promoting the spiritual enlightenment of humanity; and the realization of a new futuristic reality based on 5 principles: high spirituality, high culture, high ethics, high science and high technologies. The main science mega-project of the 2045 Initiative aims to create technologies enabling the transfer of a individual’s personality to a more advanced non-biological carrier, and extending life, including to the point of immortality. We devote particular attention to enabling the fullest possible dialogue between the world’s major spiritual traditions, science and society.

Human Exoskeleton, The ‘Body Extender,’ Is ‘Most Complex Wearable Robot’ Ever Built Engineers in Italy have created what is known as the “Body Extender,” a type of machine that humans can be strapped into like something out of Star Wars. At the Perceptual Robotics Laboratory, also known as Percro, engineers have created a robot that can carry humans, protect them, and move heavy objects as a form of exoskeleton, or skeleton outside of the body. “This is the most complex wearable robot that has been ever built in the world,” Fabio Salsedo of Percro told the BBC. “It’s a device which is able to track the complex movement of the human body and also to amplify the force of the operator.” The machine can lift about 50 kilograms (110 lbs.) in each of its hands, and can exert 10 times the force that the person inside applies. This gives humans super strength: a chance to pick up really heavy objects and throw them much farther than our natural bodies could. For humans, the engineers see plenty of options in which robotic exoskeletons could be beneficial. Dr.

“Evolution 2045” - A Political Party for Cybernetic Immortality and Avatar Technologies New York, NY (PRWEB) August 27, 2012 The political party “Evolution 2045” was created and registered in Russia with the goal of promoting and accelerating human evolution through Avatar technologies. The organization behind the party – “2045 Initiative” – is a Russia-based group of scientists creating a global network of experts looking to develop technologies of cybernetic immortality to overcome global crises and inspire humanity to reach a new level of spiritual evolution. “We aim to reach a new stage of development for human civilization, which will be linked with the fundamental expansion of the creative abilities of the human being, and extend human life to the point of immortality,” said Dmitry Itskov, Founder of the 2045 Initiative and chairman of the “Evolution 2045” party. Party members call themselves internationalists, and anticipate that other countries will form their own “Evolution 2045” parties, with an identical ideology.

THE PARTY OF INTELLECTUAL, TECHNOLOGICAL AND SPIRITUAL BREAKTHROUGH / 2045 Initiative Institute - Bioethics - Articles/News - The Trouble with Transhumanism By: Wesley J. SmithThe Center for Bioethics and Culture NetworkAugust 9, 2011 Link to Original Article Sometimes an article cuts through the fog of public debate and discourse to capture the true essence of a movement or belief system. For those who may not know, transhumanism is a Utopian social movement and philosophy that looks toward a massive breakthrough in technological prowess, known as “the singularity,” that will open the door for transhumanists to “seize control of human evolution” and create a “post human species” of near immortals. Not only that, but the movement is getting good press. Alas, when it comes to transhumanism, much attention is paid to immortality andquirky personalities, but little attention is paid to transhumanism’s poisonous core beliefs and goals. But it isn’t the unlikely Singularity or other technologies required to transform us into posthumans that make transhumanism so potentially destructive. Things go downhill steeply from there.

‘Talking cars’ to reduce accidents by up to 80% – US Transport Dept. | euronews, world news The US Department of Transportation says a future of talking cars is not only possible – but that it will soon be mandatory. The plan is to require automakers to equip new cars with vehicle-to-vehicle technology to help them avoid collisions. US Transportation Secretary Anthony Foxx announced: “Early studies indicate that v-to-v [vehicle-to-vehicle] has the potential to help drivers avoid 70 to 80 percent of vehicle crashes involving unimpaired drivers.” The Transportation Department has not said when the auto industry must introduce the new technology – but industry analysts believe the US is blazing a trail. “If we do it in the US and they are not doing it elsewhere and we start turning in some really great traffic safety numbers, you can be sure there is going to be a public or political clamour in other countries to have the same thing,” said John O’Dell, Senior Editor for Fuel efficiency and Alternative vehicles at Edmunds.com. So how will the technology actually work?

Fast and curious: smart cars to reduce the dangers of driving | euronews, futuris Cars are becoming smarter; automatic systems like self-parking or adaptive cruise control are already on the market, and many new technologies are being tested and are soon to come on line. Carmakers have joined with research institutes and state regulators in a European project to speed up the deployment of “intelligent driving”. Maurice Kwakkernaat, a researcher in integrated vehicle safety at TNO, explained more as he drove a test vehicle around a track in the Netherlands: “In this car we have equipment to control the vehicle, to communicate with other vehicles, to position it, and also to log all this information. Here on the roof we have antennas for communications, positioning… and here in the front of the car we have sensors like cameras and the radar and they’re use to detect objects near the vehicle.” If cars can communicate with each other and with roadside infrastructure, driving will become safer and greener. Smarter roadside infrastructure can improve traffic and save fuel.