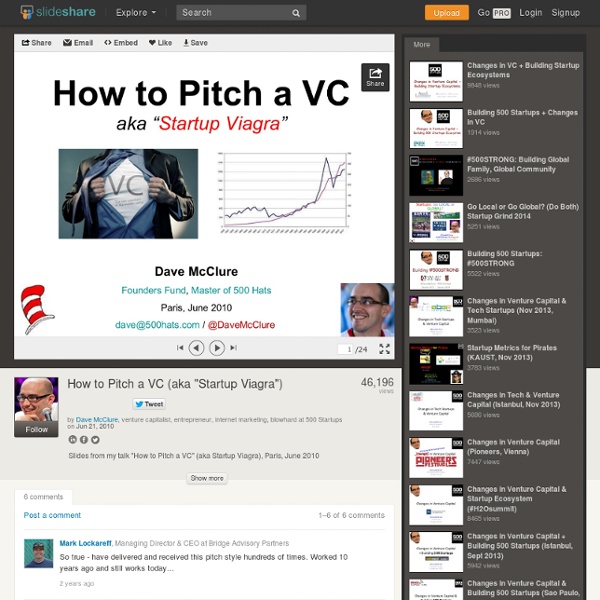 VCs Agree: "No Bubble" ... But Is Twitter A Sign? Posted by Tom Foremski - March 10, 2011 "Double, double toil and trouble; Fire burn, and caldron bubble," chanted the witches of Shakespeare's Macbeth, cooking up trouble. Similarly, are the VCs of Silicon Valley cooking up trouble by helping to fuel a new bubble? Valuations for venture backed companies are certainly higher than they've been in a long time but are we in a bubble? The answer seems to be no. Yesterday I spoke with veteran VC Bill Davidow: "When I look at companies such as Facebook, Zynga etc, I see high valuations but at least these companies have business models with proven revenues. Over on VentureBeat, Riley McDermind spoke with Phil Black, co-founder of True Ventures VC firm: "We need to worry about a bubble when there are businesses being valued at sky high prices with no underlying fundamentals," he said. At Y Combinator Paul Graham, a veteran investor in early-stage companies, says there is no bubble. "What's happening now is a lot more localized.

Subject: Airbnb Yesterday Fred Wilson published a remarkable post about missing Airbnb. VCs miss good startups all the time, but it's extraordinarily rare for one to talk about it publicly till long afterward. So that post is further evidence what a rare bird Fred is. He's probably the nicest VC I know. Reading Fred's post made me go back and look at the emails I exchanged with him at the time, trying to convince him to invest in Airbnb. It was quite interesting to read. Fred and the Airbnb founders have generously agreed to let me publish this email exchange (with one sentence redacted about something that's strategically important to Airbnb and not an important part of the conversation). We do a lot of this behind the scenes stuff at YC, because we invest in such a large number of companies, and we invest so early that investors sometimes need a lot of convincing to see their merits. One of the startups from the batch that just started, AirbedAndBreakfast, is in NYC right now meeting their users.

Inside versus outside financings: the nightclub effect cdixon.or At some point in the life of a venture-backed startup there typically arises a choice between doing an inside round, where the existing investors lead the new financing, or an outside round, where new investors lead the new financing. At this point interesting game-theoretic dynamics arise among management, existing investors, and prospective new investors. If the company made the mistake of including big VCs in their seed round, they’ll face this situation raising their Series A. If the company was smart and only included true seed investors in their initial round, they won’t face this issue until their Series B. Here’s a typical situation. This is what I call the nightclub effect*. Now the inside investors have 3 choices: 1) Lead the financing themselves. I’ve come to think that the best solution to this is to get the insiders to explicitly commit ahead of time to either leading the round or being willing to back down from their pro-rata rights for the right new investor.

The Ultimate Guide To TechCrunch Disrupt SF 2011 TechCrunch Disrupt San Francisco has just wrapped. In the feverish air of anticipation we carefully cultivate during the Disrupt season, you may have missed some of the talks, panels, launches, or startups that have taken place here at this incomparable conference. Don’t worry. We’ve collected all the content by our writing and video teams here in this handy omnibus post. If you only share one item today, make it this one. Almost everything that happened on stage was captured by the unblinking eye of TechCrunch TV, so there is video at the bottom of most posts and many even have crowdsourced transcriptions. Session one: Disrupting traditional markets Session two: Moving the web forward Session three: Entertain us Session four: Customer-friendly enterprise Session five: Local networks Session six: Increasing understanding Congratulations to the winners! On another note, this summary wouldn’t be complete without an acknowledgement of Mike Arrington and his contributions to tech journalism.

Slideshow: Top 10 Largest First Rounds for Internet Companies this Year Forty-one million dollars for an Internet company. That’s what Sequoia Capital, Bain Capital Ventures and Silicon Valley Bank invested in Color, which makes a social networking application that lets users share photos with their smartphones. It’s an astonishing number. Financial blogger Paul Kedrosky tweeted: “Sequoia, et al gives pre-launch photo-sharing startup $41m, or ‘more than money than they gave Google’. That sound? I did some checking in Thomson Reuters’ VC deals database and as far as I can tell, the Color deal is the largest first round for an early stage Internet service, software or content company this year and the third largest in the past 10 years. The only two companies that raised more in the past 10 years were: Volera Inc., a San Jose, Calif. For fun, I put together a slideshow of the 10 largest first rounds for early stage Internet service, software or content companies this year.

MoneyBall for Startups: Invest BEFORE Product/Market Fit, Double-Down AFTER My apologies... this is a long piece (~2500 words). Not for the faint of heart. If you want the short story, read the abstract below & 3 core assertions, then cut to the conclusions at the bottom. Abstract: VC funds are getting smaller (good), & angel investors are growing (also good), but both need to get smarter & innovate. Startup costs have come down dramatically in the last 5-10 years, and online distribution via Search, Social, Mobile platforms (aka Google, Facebook, Apple) have become mainstream consumer marketing channels. Meanwhile acquisitions are up, but deal sizes are down as mature companies buy startup companies ever earlier in their development cycle. What does this mean? Let's start with 2 intial observations about the current market for investors, and for startups. Assertion #1: Most consumer internet investors (angels, seed funds, big VCs) have no clue what the fuck they're doing. Let's examine that more closely: Fuck. 1) Build Product. 2) Acquire Customers.

5 legal mistakes startups make while raising capital | VentureBe (Editor’s note: Scott Edward Walker is the founder and CEO of Walker Corporate Law Group, PLLC, a law firm specializing in the representation of entrepreneurs. He submitted this column to VentureBeat.) A reader asks: We’ve been bootstrapping our startup and have pretty much run out of money. We have a few friends and family members who said they would buy some stock to help us out. Answer: Any time you are raising capital you need to make sure you’re complying with applicable securities laws, which are very complex. Advertising or soliciting investors. “General advertising” includes any ad, article, notice or other communication published in a newspaper, magazine or on a website or broadcast over television, radio or the Internet. Based on this, don’t add anything to your website about your startup selling its stock. Selling securities to non-“accredited investors”. There are eight categories of investors under the current definition of “accredited investor.” Issuing preferred stock.

iPod, Meet Spotify; iTunes, Say Hello To Your Future Rival Spotify, the music service Americans don’t get to enjoy, announced several very cool new features today. The European music service is rolling out new versions of its desktop and mobile apps today, which will allow all users (even those pesky ad-supported freeloaders) to sync Spotify desktop tracks with mobile devices, be they iPods, iPhones or Androids. And just in case it wasn’t clear whether or not Spotify intends to compete directly with iTunes, Spotify is also introducing its own music store, or “download service”, in which users can buy a range of MP3 “bundles” at 10 songs for roughly 8 pounds. Or 100 songs for 50 pounds. (Roughly the equivalent of $13 and $82, respectively.) So, not only will Spotify be offering its more than 10 million registered users a music store, it wants its music player to become the default mobile app on its listeners’ devices. “Accessing music on your mobile phone is the future, but today that makes up a pretty small percentage of music fans.

OpenCandy’s Pokki Brings Web Apps To The Desktop, With Style “The future is the web.” So goes the mantra that seems to be echoing throughout Google, Facebook, and plenty of smaller tech companies that view the web as the solution to sidestep the fragmentation created by native app platforms. And they’re almost certainly right. But the web still has a long way to go — it’s quite rare to come across web applications that feel anything like their desktop counterparts. Now San Diego-based startup OpenCandy thinks it has a solution: a new product called Pokki that bridges the gap between the browser and native applications. First, some logistical news: up until now OpenCandy’s only product has been a native application installer for Windows that upsells users on high quality apps (it’s a little controversial — you can find our past coverage right here). So what exactly is Pokki? Pokki is initially offering a set of eight applications to users, including apps for Gmail, Facebook, Groupon, eBay, the WSJ, Living Social, and Twitter.

How LinkedIn first raised money (and endured rejection) LinkedIn went public last week, with investors falling over each other to buy shares at a market cap that now exceeds $9 billion. But it wasn't always so easy for the social network to raise money. LinkedIn employees in 2004 (Hower is 5th from right), upon hitting 500k users By Lee Hower, contributor LinkedIn went public last week. A lot of people ask me what it was like raising the Series A venture capital round for LinkedIn (LNKD) back in 2003. First, you have to rewind mentally to early 2003. Salesforce.com (CRM) is a startup with 76,000 subscribers (over 2.1 million today). Online social networking is a concept still being evangelized even in Silicon Valley: Friendster is in private beta (wasn't until Oct 2003 it received a Google acquisition offer, which it turned down for a Kleiner/Benchmark round). I also joke with Reid Hoffman that this was back in the days before he was "Reid." Yes, he was a very successful PayPal exec, but this is his first time as a CEO. Like this: