We Are the Introverts 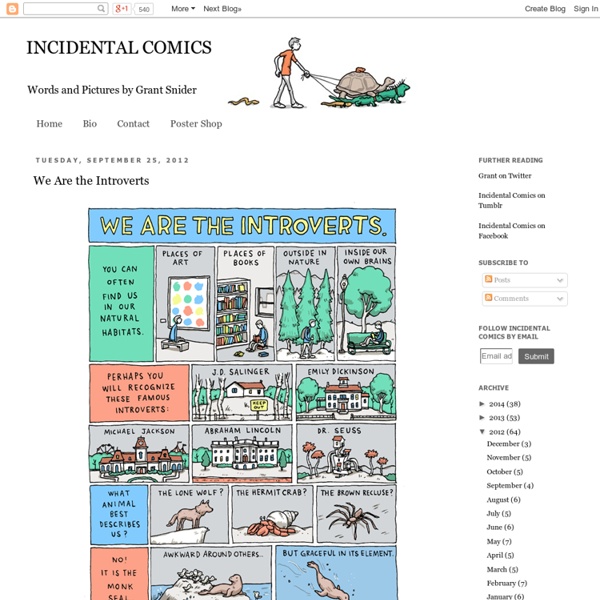 Fellowship for Intentional Community The Fellowship for Intentional Community (FIC) nurtures connections and cooperation among communitarians and their friends. It provides publications, referrals, support services, and sharing opportunities for a wide range of intentional communities, cohousing groups, ecovillages, community networks, support organizations, and people seeking a home in community. The FIC is a nonprofit 501(c)(3) organization in the United States. [3] Activities[edit] The FIC publishes Communities magazine, the Communities Directory, Journal of Cooperative Living, FIC Newsletter and the Intentional Communities web site.[4] It also sponsors and presents periodic Community gatherings, including annual gatherings at Twin Oaks and Art of Community events in various locations around the US.[4] FIC vision and mission statement[edit] May 15, 1998 (assembled by the Vision Committee)[5] Vision[edit] Mission[edit] Purposes[edit] The FIC declare its main purposes as:[6] Organizational history[edit] Citations[edit] FIC web site

Bookshelf Porn Unification of Science and Spirit: Chapter 6 - MIND AS A COMPLEX SYSETM Chapter 6 Among my many memories of early childhood, a few stand out with particular vigor. First and foremost, there is Neil Armstrong walking on the moon -- this was around the time of my second birthday, but I remember it as well as anything I've watched on TV since. I understood where the moon was -- way up in the sky -- and that this man, dressed in a funny suit, was walking on it, having just flown there in something faster than an airplane. I was puzzled by "One small step for a man, one great leap for mankind" -- I concluded, not unreasonably, that a "mankind" was some kind of miniature human being, perhaps a sort of midget-monkey hybrid. I wondered why, if they had brought one of these "mankind" creatures along on the spaceship with them, they hadn't shown it on TV. Another glowingly vivid memory, from a couple years later, is watching my mother roll out of the hospital in a wheelchair, holding my newborn baby sister in her arms. I thought back to a previous "Eureka!"

muladhara to bindu Criticism of capitalism This article lists arguments against capitalism. For a summary of ideologies opposed to capitalism, see Anti-capitalism. Criticism of capitalism ranges from expressing disagreement with the principles of capitalism in its entirety, to expressing disagreement with particular outcomes of capitalism. Issues "Capitalism is the astounding belief that the most wickedest of men will do the most wickedest of things for the greatest good of everyone." Democracy and freedoms Economist Branko Horvat stated: "... it is now well known that capitalist development leads to the concentration of capital, employment and power. David Schweickart wrote that, in capitalist societies, "ordinary people are deemed competent enough to select their political leaders-but not their bosses. [T]he liberty of a democracy is not safe if the people tolerate the growth of private power to a point where it becomes stronger than their democratic state itself. United States President Dwight D. Exploitation of workers Inequality

10 Surprising Facts About How Our Brain Works One of the things that surprises me time and time again is how we think our brains work and how they actually do. On many occasions I find myself convinced that there is a certain way to do things, only to find out that actually that’s the complete wrong way to think about it. For example, I always found it fairly understandable that we can multitask. Well, according to the latest research studies, it’s literally impossible for our brains to handle 2 tasks at the same time. Recently I came across more of these fascinating experiments and ideas that helped a ton to adjust my workflow towards how our brains actually work (instead of what I thought!). So here are 10 of the most surprising things our brain does and what we can learn from it: Share stories like this to your social media followers when they’re most likely to click, favorite, and reply! 1. Here’s how it breaks down: For night owls, this is obviously a much later period in the day. Insight problems involve thinking outside the box.