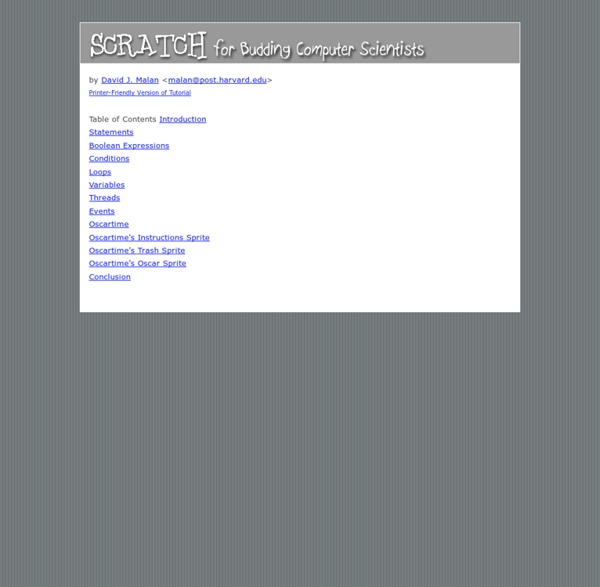 Easy Projects to Get Started with Scratch: Drawing 2D Shapes I had my first computer programming experience in ninth grade. I had just moved, and my new guidance counselor persuaded me to take a computer programming class because there were no other open electives. I was dubious. It appeared that coding was either not fun, not cool, not easy, or perhaps all three. We used a language called BASIC to learn about managing data sets, sorting lists, and computing algebraic expressions. So I didn't code again until a college intro course in the language C++. This high entry barrier to the world of computer programming is not uncommon for most kids. Why Wait? Things have changed, however. Scratch has quickly become the most popular programming language for kids today, partly because it was designed for learning, and partly because it's built around sharing with a huge online community. Scratch also helps distill programming into its most pleasant and non-threatening core: just giving instructions to a computer -- that's all programming really is.

WrightICT | Search Results | scratch Scratch Pt 2 Posted on 18. Mar, 2013 by Paul Wright in Uncategorized Since my last post on Scratch, used with AG&T pupils at Adelaide Primary, I’ve had the opportunity to have another go, but this time with Y5/6 pupils as part of their ICT curriculum. Chromebooks Posted on 25. Let’s begin this blog by putting to bed any preferences I have for Apple, Windows or Android devices. Scratching