STEPHEN FRY: WHAT I WISH I'D KNOWN WHEN I WAS 18 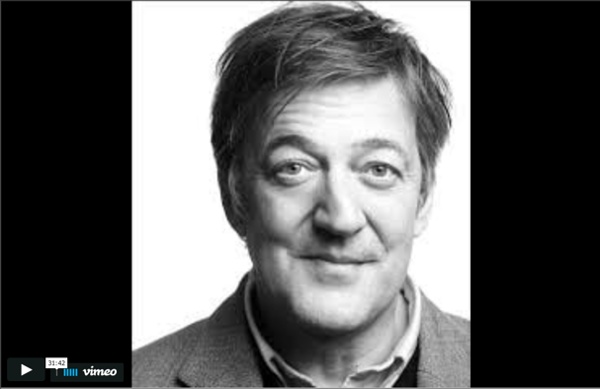 Field Guide to the Loner: The Real Insiders Miina Matsuoka lives by herself in New York City. She owns two cats and routinely screens her calls. But before you jump to conclusions, note that she is comfortable hobnobbing in any of five languages for her job as business manager at an international lighting-design firm. She just strongly prefers not to socialize , opting instead for long baths, DVDs, and immersion in her art projects. She does have good, close friends, and goes dancing about once a month, but afterward feels a strong need to "hide and recoup." Loners often hear from well-meaning peers that they need to be more social, but the implication that they're merely black-and-white opposites of their bubbly peers misses the point. Contrary to popular belief, not all loners have a pathological fear of social contact. James McGinty, for one, is a caseworker who opted out of a career as a lawyer because he didn't feel socially on-the-ball enough for the job's daily demands. Solitary Pleasures

Bipolar kids: Victims of the 'madness industry'? - health - 08 June 2011 Read full article Continue reading page |1|2|3 THERE'S a children's picture book in the US called Brandon and the Bipolar Bear. Brandon and his bear sometimes fly into unprovoked rages. The thing is, if Brandon were a real child, he would have just been misdiagnosed with bipolar disorder. Also known as manic depression, this serious condition, involving dramatic mood swings, is increasingly being recorded in American children. The problem is, this apparent epidemic isn't real. How did this strange, sweeping misdiagnosis come to pass? Freudian slip The answer to the second question turned out to be strikingly simple. I met Spitzer in his large, airy house in Princeton, New Jersey. The trips were respite from Spitzer's "very unhappy mother". Spitzer grew up to be a psychiatrist at Columbia University, New York, his dislike of psychoanalysis remaining undimmed. DSM is simply a list of all the officially recognised mental illnesses and their symptoms. He paused. DSM-III was a sensation.

Bananas and Monkeys Original source unknown. (But the story appears to have some basis in fact.) Start with a cage containing five monkeys. Inside the cage, hang a banana on a string and place a set of stairs under it. After a while, another monkey makes an attempt with the same result - all the other monkeys are sprayed with cold water. Now, put away the cold water. After another attempt and attack, he knows that if he tries to climb the stairs, he will be assaulted. Next, remove another of the original five monkeys and replace it with a new one. Most of the monkeys that are beating him have no idea why they were not permitted to climb the stairs or why they are participating in the beating of the newest monkey. After replacing all the original monkeys, none of the remaining monkeys have ever been sprayed with cold water. And that, my friends, is how company policies are made. Return to Jim Huggins' Humor Page

The 4 Most Important Things to Know as a Gamer Parent In a Game, the Objectionable Content Can Be Buried Deep So, I realized then that being vigilant about my kids' gaming was going to require me to do some actual, strenuous parenting beyond simply trying to banish games from their lives and washing their eyes out with soap. I needed to treat my games the same way I treat television. So, I put in Fable II and signed in. At first, it sure enough looked like a kids' game with cartoony graphics and some decent, offbeat humor. Then the first big cut scene started, and just as Drew exited the bathroom, I witnessed my six or seven year old character get shot in the chest and blown out of the top of a castle tower. I turned and stared at him for a few concern-filled seconds and then told him to comb his hair and get dressed. "Oh. I spent the next couple of hours in the game, kicking chickens and giggling. That's a real part of the game, I would later find out. My son snickered. "I... "Oh, you'll know it when you see it. A dead baby in a crib.

Sound symbolism In linguistics, sound symbolism, phonesthesia or phonosemantics is the idea that vocal sounds or phonemes carry meaning in and of themselves. Origin[edit] In the 18th century, Mikhail Lomonosov propagated a theory that words containing certain sounds should bear certain meanings; for instance, the front vowel sounds E, I, YU should be used when depicting tender subjects and those with back vowel sounds O, U, Y when describing things that may cause fear ("like anger, envy, pain, and sorrow").[1] Saussure himself is said to have collected examples where sounds and referents were related. Types of sound symbolism[edit] Margaret Magnus is the author of a comprehensive book designed to explain phonosemantics to the lay reader: Gods of the Word. Onomatopoeia[edit] This is the least significant type of symbolism. Clustering[edit] Words that share a sound sometimes have something in common. Iconism[edit] Magnus suggests that this kind of iconism is universal across languages. Old Chinese[edit]

TasteKid | Find similar music, movies, books 5 Scientific Reasons Your Idea of Happiness Is Wrong #2. Freedom of Choice Doesn't Always Make You Happier Getty If you're reading this, you probably live in some kind of a free society. Getty"But which brand of hazelnut is the hazelnuttiest?" For instance, there are two kinds of people: those old enough to remember a world without the Internet, and those who are not. Thank goodness we had Vietnam to keep us occupied. Since then, the entertainment choices have gone up infinitely. Getty"If only I'd been a fry cook." That everyday anxiety over making the wrong choice is why having a vast selection of choices tends to make people less happy in general. You have that agonizing selection process, repeated over and over again with decisions big and small (and some of you reading this have worried yourself sick over whether to go with LCD or plasma -- don't say you haven't) which not only leads to anxiety, but decreased satisfaction even when we do chose correctly. And all of it comes back to the elusive nature of happiness. #1.