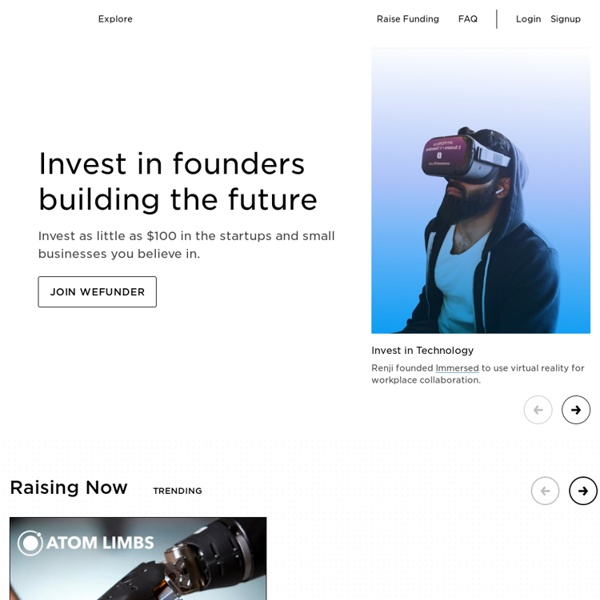 Venture Partners « Jim Armstrong Managing Director A successful and experienced early stage venture investor across a variety of enterprise and consumer facing technology companies, Jim has established himself as a leading investor based in Southern California. Since joining Clearstone early in its formation, Jim has applied his experience and industry contacts to help companies deliver a strong record of venture performance. Jim invests nationwide, and his work at Clearstone focuses on information technology investments, with particular interest in consumer Internet, gaming, application software, and Internet enabled business processes. On several occasions, Forbes Magazine has recognized Jim on its “Midas List” as one of the top Venture Capitalists in the United States. Jim joined Clearstone Venture Partners in 1998 from Austin Ventures, a leading venture fund, where he spent three years supporting investments in early stage companies.

Get Rich Slowly: Investment Planning Tips for Entrepreneurs Many would claim that finding and riding the investment waves is the best method for successfully growing a braggable nest-egg. While riding the waves, avoiding troughs, and buying low is everyone’s desirable strategy for investment, executing on such a strategy is much easier said than done. Remember, it’s those financial experts that promise vast returns, because they claim to understand the markets so much better than us average folk. This so often, can get us into trouble. The fact is, everybody wants to get rich, but nobody wants to get rich slowly. Avoiding this all-to-familiar investment blunder takes a lot of discipline; however, it also helps to get in early and invest often. 1. It doesn’t take a genius to understand that investing earlier is usually better. If you invested $100 every year starting 29 years ago at an interest rate of 8%, compounding annually, you would have $12,160. Assets seem to behave differently when you have more of them. 2. 3.

Crowdfunding - Angel Investing Private Equity and Crowd funding by Microventures Venture Partners « Sumant Mandal Managing Director Sumant is a Managing Director at Clearstone Venture Partners, a leading early stage venture capital firm that has been the initial investor in companies such as Paypal, Netzero, MP3.com, Overture and many others. He is co-founder of The Hive, a company co-creation studio focusing on data-driven businesses. Sumant sits on the boards of The Rubicon Project, BillDesk, Games2Win, Glossi, Clearfly, Deep Forest Media and Openbucks. Prior to venture capital, Sumant has been co-founder of multiple businesses in the online media, energy and industrial systems, both in the US and India. Sumant has an MBA from the Kellogg Graduate School of Management at Northwestern University, and a BS in Electrical Engineering from Michigan State University.

Norwest Venture Partners - Vab Goel |Norwest Venture Partners (NVP) Vab focuses his efforts on systems, services and Internet investments. He serves on the board of Ravello Systems and Virtela Communications, and works closely with Pontis, Apigee and Veveo. Vab has also worked closely with Extreme Networks. Other investments include C2C Pte. Ltd., LifeSize Communications (acquired by Logitech), Qumranet (acquired by Red Hat), Unisfair (acquired by InterCall) and Winphoria Networks (acquired by Motorola). Before joining NVP, Vab served Qwest as vice president of emerging technologies, a group he founded. Prior to joining Qwest, Vab worked at Sprint, where he was a principal architect for the Sprint Internet backbone and contributed to the company's IP and optical network strategy. Vab earned a bachelor of science in electrical engineering from George Mason University, Fairfax, Virginia.

EarlyShares.com | Crowdfunding Platform <seedfund> Submit Your Business Plan Contact Us Videos Resources About Us Contact Us Submit Your Business Plan We have offices in Mumbai, Bangalore and Delhi NCR The 11 important lessons that 10 Venture Capitalists (VCs) taught me In the past 14 years of being a digital entrepreneur, I have met lots of VCs. And I have learnt a lot from them. Here are my 11 favorite lessons: Lesson 1 – “Let’s see how long your entrepreneur stamina lasts.” Who taught me this lesson? Abhay Havaldar - Then at Draper International and serving on the rediff.com board. Where? At the rediff.com office at Kemps Corner – Off Peddar Road, Mumbai When? Circa December 1998 The context: I launched contests2win.com in August ’98. I excitedly went for the meeting and met Ajit Balakrishnan (founder of rediff.com) and Abhay Havaldar. I was totally charged up! Ajit asked me, “Alok, what’s your business model?” I did not understand the question because I had not heard the term “business model” before. Abhay grinned at me (he has a great grin) and explained the meaning of what Ajit had asked me. I mumbled some stupidity. Ajit looked at Abhay and said, “Alok is running a passion business. Abhay agreed and then told me, “Alok, you have something going for you. 11.

Decoding the Brain of a VC | God in Chief The brains of the VC’s are wired differently and startups should know how to deal with them. A venture capitalist is a person who invests in a business , providing capital either for start-up or growth. Venture capitalists aim for a higher rate of return than would be given by more traditional investments. My years of interactions with VC’s have made me come to a conclusion that their brains are certainly wired differently. Just like entrepreneurs demonstrate certain common traits across the world VCs have certain traits. EGO Being a VC in an emerging markets like India is like being a VIP. Valuation Industry multiples, PE ratios, Fair Valuation, value of intangible assets, value per subscriber, value per eyeball, value per friend in social network the VC’s are valuation geeks. Attention Span Stop looking at websites and MBA books which told you how to make and present business plans. Buzz VCs always tend to react to the current buzz.

What are some incubators for start up companies in India