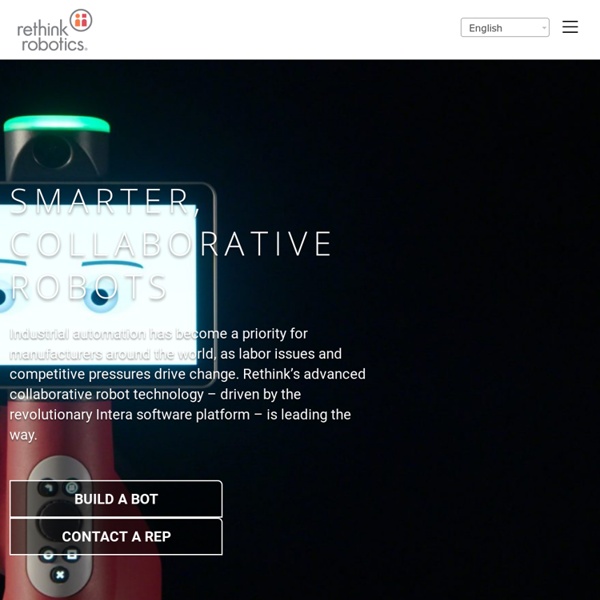 Designing robots to help in a disaster View the video Dennis Hong first spied Japan’s ruined nuclear power plant from a bus wrapped in plastic. A hefty layer of protection guarded the seats, floors and handles from radioactive dust. Hong wore a face mask and gloves to limit his own exposure. Robotics · Lockheed Martin In the field of robotics, opportunity is endless and discovery is ongoing. Our robotic innovations could represent the answer to any number of challenges – from disaster response to deep space exploration. Whether it’s traversing inhospitable environments or avoiding man-made threats, the robotic advances we’re pioneering have the potential to keep soldiers and citizens connected in the safest way possible – with real-time data, information and imagery. Our goal is to keep soldiers and citizens safe. As a first-responder, the Atlas robot could work tirelessly to provide vital support in the aftermath of disaster as well as collect and provide real-time data for emergency crews.

Honda Robotics In addition to ASIMO, the Walking Assist device with stride management system which supports walking for people with weakened leg muscles, the Bodyweight Support System which reduces the load on legs by supporting part of the bodyweight, the U3-X and UNI-CUB, compact one-wheel-drive mobility devices that provide free movement in all directions, and the High-Access Survey Robot and the Task-Performing Robot Arm , designed to be utilized at places too dangerous or not secure for people to work , are examples of product applications resulting from the application of bipedal technology and balance control technology amassed through the research and development of the humanoid robot. Striving to offer next-generation mobility products which expand the joy and fun of mobility, Honda will continue the robotics research that leads to ASIMO, walking assist devices, UNI-CUB and other technologies.

Build Your Own Robot Learn how to create a robot like the ones in the "Robotic Exploration of the Next Frontier" booth at the USA Science and Engineering Festival 2016 Robot Assembly Instructions Thank you for visiting our booth during the 2016 USA Science and Engineering Festival. Our team put together comprehensive instructions on how you can build the same robot you controlled at the show. Disclaimer Please note that while we have designed this as a robot that kids can use to experiment with, assembling the robot does require the use of power tools, soldering irons and other potentially dangerous tools.

Innovator Under 35: Pieter Abbeel, 33 Instead of programming robots to handle each step of a new job, Pieter Abbeel, an assistant professor at UC Berkeley, has created robots that can observe humans demonstrating a task and then mimic them, or learn from pictures how to handle a piece of flexible material they've never seen before. His robots have learned to perform flying acrobatics, tie surgical sutures, and neatly sort socks. Abbeel's key innovation was to program the robots so that they can reliably infer the underlying intent of their instructors, filtering out the "noise"—irrelevant variations, or even slight mistakes, in the instructors' demonstrations. Each robot is usually shown around 10 demonstrations before it can extract general rules of behavior. Even without an instructor, it can sometimes work out what to do.

Innovators Under 35 Three decades ago, the availability of many versions of DOS helped spark the boom in personal computers. Today, Robot Operating System, or ROS, is poised to do the same for robots. Morgan Quigley programmed the first iteration of what grew into ROS as a graduate student in 2006, and today his open-source code is redefining the practical limits of robotics. superfast rock-paper-scissors robot wins every game it plays nov 05, 2013 superfast rock-paper-scissors robot wins every game it plays superfast rock-paper-scissors robot wins every game it playsall images courtesy of ishikawa oku laboratory Cleantech 100 case study: Liquid Robotics Oceans cover three quarters of the earth's surface yet remain mostly unexplored. Vast distances and harsh conditions make manned ocean exploration expensive and often hazardous. So why not get robots to do the job? "The robot doesn't get sea sick, it doesn't slip on the deck and hurt itself, it doesn't get bored, and it doesn't run out of fuel," says Bill Vass, chief executive at Liquid Robotics, developer of the Wave Glider, an unmanned robotic vessel designed to monitor, observe and measure the world's oceans. Founded in 2007, with offices in California and Hawaii, the company's technology grew out of efforts to capture the songs of migrating humpback whales.

Pentagon Seeks Robotic Hand With Soft Touch - Government - Enterprise DARPA invests in technology to develop more human-like robotic hands; iRobot demonstration shows promise. Spy Tech: 10 CIA-Backed Investments (click image for larger view and for slideshow) The Department of Defense has demonstrated a robotic hand with finger movements that are closer to those of a human hand than the claw-like hands of earlier robots. RoboEarth [Artificial Intelligence] Knowledge-Exchange between Robots The purpose of the RoboEarth project is to create a giant network through which robots and their programmers can easily share information about actions and the world. Similar to what the World Wide Web has done for humans, RoboEarth will enable robotic systems to benefit from the experience of other robots in a way that can be easily translated to their own case.