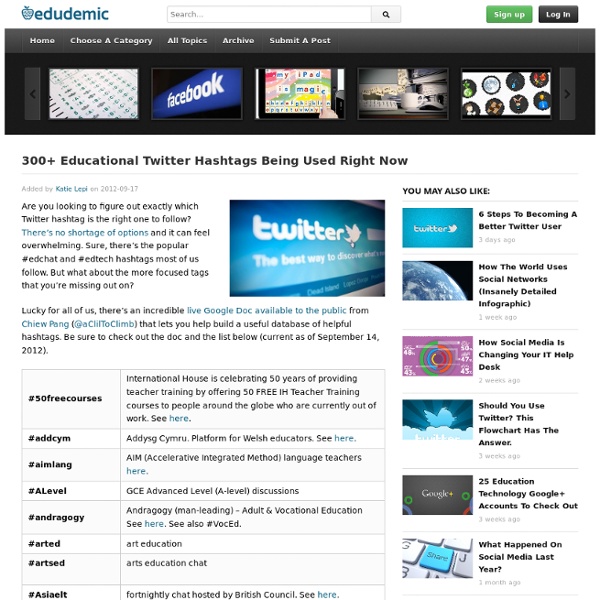 Why the disenchantment with Twitter? | Technology | The Observer By any standards, Twitter is one of the wonders of the digital world. A service that didn't exist seven years ago has somehow become a central part of our media ecosystem, old and new: I can't remember when I last heard a radio programme that didn't invite me to "follow" it on Twitter, while at the opening of every conference I attend nowadays, after the obligatory notices about the location of the fire exits, there is the unveiling of the event's Twitter hashtag. So Twitter is huge. Twitter spread like wildfire for various reasons: it was easy to understand and use; it was quirky; and, most importantly, it was asymmetrical. For most of its short life, Twitter has had a good press, partly because of the way it has stood up to attempted bullying by lawyers and security authorities seeking the personal details of users. Recently, however, Twitter has come in for some heavy criticism on two fronts. But in fact, many techies had become disenchanted with Twitter before the Olympics.

50 Innovative Ways To Use Twitter More Effectively With over 170 million active users and playing a significant role in media consumption, Twitter has turned into the go-to site for real-time updates and gathering snippets of info from those we're interested in. Pretty much everyone knows how to put a tweet together and how to reply to users, but what about more advanced features such as shortcuts, apps and SEO. If you want to improve your knowledge or want to pick up a few tips and tricks to help you get more out of the service, then read on. Twitter Keyboard Shortcuts With many of us spending large amounts of time on Twitter every day, there has to be a quicker way to use the desktop interface and that comes in the form of keyboard shortcuts. App Security Over the time that you've been using Twitter, there is a very good chance that you have given some apps permission to access your account. Schedule Tweets Sometimes you can come up with a good tweet, but feel that it's not ready to be posted for the world to see. Sensitive Content Apps

Educators need Twitter! I read a message while following the chat at #connectedca that stated, “I’ve learned more from Twitter in the last year than in the last 5 years of PD activities.” This message was similar to one I provided at my opening address beginning this year. This does not imply that I have not attended some powerful professional development opportunities over the past five years. In fact, my learning has been positively impacted in a number of PD activities and conferences. But Twitter provides me with a couple of things that even the best conferences or other PD activities cannot. Twitter is immediate and revolves around my time. A second aspect of the importance of Twitter deals with the overall positiveness of the conversations. I’m witnessing a number of our schools engaging in Twitter workshops.

Online friend or foe? | Learning out and about with tech When we advise children about being safe online, we often tell them to be aware that who they are talking to online may not be who they think. But as adults how many of us think that could happen to us? I thought I was pretty careful but along with many of my twitter friends, I was duped by someone in a rather impressive way. This week through some mistakes by this person and some pretty good detective work by other twitter friends, it was discovered that the pictures of the twins were taken from a blog in the States and the wedding pictures were fake too. How do I feel about this? We came with our families to a Helen’s mums farm in Yorkshire where we spent a fantastic two days doing a variety of activities such as: daytime astronomy, geocaching, den building, football, painting, mission explore, walking, weird science, origami etc.

Twitter Lists and why you should be using them Lilach Lilach is the founder and driving force behind Socialable, and highly regarded on the world speaker circuit. Forbes and Number 10 Downing Street have even been graced by her presence! In a nutshell, she’s a hugely connected and highly influential serial entrepreneur – the embodiment of Digitelligence.Listed in Forbes as one of the top 20 women social media power influencers and likewise as one of the top social media power influencers, she is one of the most dynamic personalities in the social media market, she actively leverages ethical online marketing for her clients and for Socialable. After launching her first business within three years of becoming a mother, her financial success was recognised by being a finalist at the Best MumPreneur of the Year Awards, presented at 10 Downing Street. When Lilach isn’t working she enjoys spending time with her family and is an avid fan of Zumba.

You have a Twitter account... now what? So you have a Twitter account. Great! But what's next? Maybe you've had this account for months or years and you haven't figured out what to do with it. 1. Say who you are and why you are using Twitter. 2. Who? How I decide who to follow? 3. Time to get going! Should you tweet about matters that are not about your work or study? If you have any questions or tips for others, please post them in the comments. Remember it is fun. Teaching Twitter: The ‘Lo-Tech’ way I spend a lot of time, particularly at the start of the academic year, introducing students and teachers to the power of sharing via social networks. I tell them the story of how social media has defined my career, share some amazing case studies, and placate their fears by discussing anonymity and ways to ‘own’ their digital footprints. Many get involved enthusiastically, but when presented with the ‘sign up’ screen or a flurry of 140 character tweets for the first time, a good number still don’t see the point of mastering this often confusing world. This week I stumbled across a great idea, built on from the excellent ‘Gamestorming‘ book (I really am giving away my kryptonite here…); the ‘low tech social network’. This activity, framed as an ‘ice breaker’, suggests asking participants to list some interests on a post it note and then draw all of the links that could connect them. From there, explaining the power of professional social networking was easy. Related posts:

Why Curation Will Transform Education and Learning: 10 Key Reasons There is a growing number of key trends that are both rapidly revolutionizing the world of education as we know it and opening up opportunities to review and upgrade the role and scope of many of its existing institutions, (as the likeliness that they are going to soon become obsolete and unsustainable, is right in front of anyone's eyes). George Siemens, in his recent Open Letter to Canadian Universities, sums them up well: 1) An Overwhelming Abundance of Information Which Begs To Be OrganizedThe goal is not (and probably it never was) to learn or memorize all of the information available out there. It's just too much even if we focus only on the very essence of it. From the New York Times: "...Mr. Curation fits in as a more appropriate approach to learning and to prepare for real-world work challenges, by allowing learners to construct meaning by having to research and to understand and to create new relationships between different information-elements.

Social Media: Why This Matters To Everyone In Education August 12, 2012 in Volume 2 HETL Note: We are pleased to present “Social Media: Why It Matters to Everyone in Education” – an opinion article by Daniel Clark. The article explores social media and the use of social media in an educational context applying a staged model proposed by the author. Daniel Clark views social media as an immediate challenge with the potential to introduce major changes to educational approaches and paradigms. You may submit your own article on the topic or you may submit a “letter to the editor” of less than 500 words (see the Submissions page on this portal for submission requirements). Author Bio: Daniel Clark, M. Patrick Blessinger and Krassie Petrova Social Media: Why This Matters To Everyone In Education Daniel Clark, BPP Business School, UK My son, who is eight, is a fanatical Pokémon gamer. Put another way, in ten or fifteen years’ time, students may expect to find educational nuggets on demand whenever they need them. Is this scary? Mr. Social Networking

How to Deal with Information Overload I have recently read a great book by Clay Johnson called The Information Diet: A Case for Conscious Consumption . In this book Clay talked about the information overload we are subject to and he suggested many strategies to overcome this problem. I will probably devote a separate post to talk more in depth about what I learned from this Book. I mentioned The Information Diet because while I was going through my feeds I came across the infographic below ( created by Krissy ) that embodies more or less similar ideas from that book.

Lessons from the past, lessons for the future: 20 years of CALL Links checked 19 April 2012 This article was written in late 1996 and published as a chapter in Korsvold A-K. & Rüschoff B. (1997) (eds.) New technologies in language learning and teaching, Council of Europe, Strasbourg, France, ISBN 92-871-3255-0. Inevitably, an article like this dates very quickly and there are many revisions in this Web version. Some important changes have taken place, but some things have hardly changed at all. Comments and revisions appear in blue, headed by Author's update.... Lesson No. 1 focuses on the importance of ongoing training. Lesson No. 2 is full of warnings about regarding technology as the panacea. Lesson No. 3 on choosing the right hardware is less relevant now than it was in the 1990s. Lesson No. 4: I was a bit hard on Artificial Intelligence (AI). Lesson No. 5 focuses on the importance of new ideas - still as valid as ever. Module 2.5, Introduction to CALL authoring programs Module 3.2, CALL software design and implementation, Dynamic obsolescence i.

Is CALL outdated? Through both my own interest and the influence of my MA course, I’ve been sending out prompts for dialogue on Twitter, on Facebook and in my office regarding the integration of technology in our classes in terms of the familiar (and purportedly outdated) abbreviation CALL (Computer-assisted language learning), which has been met with a polarised set of opinions. Feel free to chime in. My desire for discussion stems from the Bax article, “CALL – Past, Present and Future” (2003), which responds to CALL’s phases put forth by Warschauer & Healey’s “Computers and language learning: An overview” (1998) and develops the concept of technology’s normalisation in the language learning classroom. So integrated into daily life that we don’t consider it special (Source: The New Yorker, 2011) But first, I think it’s warranted to summarise one of Bax’s points. Assuming I’m justified here, can the same be said of computers in language teaching? 1984 was a big year for computers References Bax, S. 2003.