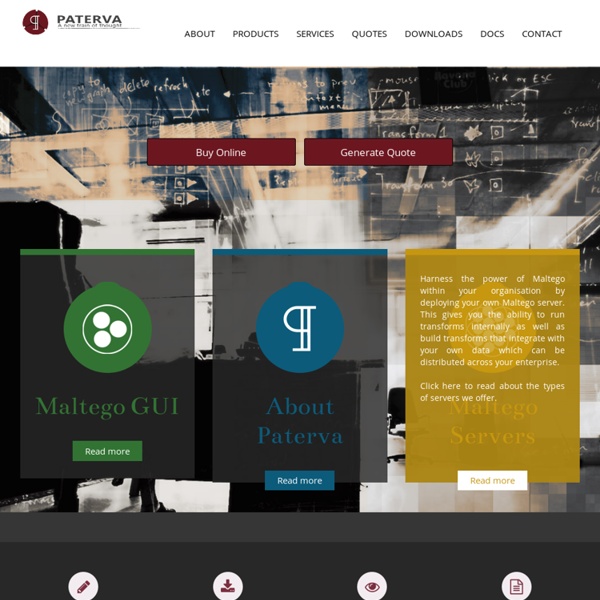 www.securityg33k.com/blog/ 44Con Trip report Last week I attended the UK security conference, 44Con. I went into 44Con feeling a little jaded with the overall security community, but left with a real spring in my step. There are many very approachable and knowledgeable people doing some amazing work. It’s easy to forget if you focus on the minority of the community who bring arrogance and elitism to the table in large amounts. 44Con is now in its second year and is shaping up into a very nice conference indeed. For me the key points were A local conference with great, high quality content.Value for money (at ~£300 its cheap if you’re based near London).4* venue in central London (with lunch and free coffee provided).Access to speakers. If you’re in the UK, it will be worth checking out in 2013 (as will BSides London ). In terms of talks, these were the highlights for me: Terrorism, tracking, privacy and human interactions: (Daniel Cuthbert and Glenn Wilkinson of Sensepost) Other notable talks… Conclusions

What is Maltego - Paterva Wiki From Paterva Wiki What is Maltego? With the continued growth of your organization, the people and hardware deployed to ensure that it remains in working order is essential, yet the threat picture of your “environment” is not always clear or complete. In fact, most often it’s not what we know that is harmful - it’s what we don’t know that causes the most damage. Maltego is a unique platform developed to deliver a clear threat picture to the environment that an organization owns and operates. The unique perspective that Maltego offers to both network and resource based entities is the aggregation of information posted all over the internet - whether it’s the current configuration of a router poised on the edge of your network or the current whereabouts of your Vice President on his international visits, Maltego can locate, aggregate and visualize this information. Maltego offers the user with unprecedented information. What does Maltego do? What can Maltego do for me?

Maltego 3: First Look Tutorial by Wardell Motley Maltego, developed by Roelof Temmingh, Andrew Macpherson and their team over at Paterva, is a premier information gathering tool that allows you to visualize and understand common trust relationships between entities of your choosing. Currently Maltego 3 is available for Windows and Linux. There is also an upcoming version for Apple users that has yet to be released. Information gathering is a vital part of any penetration test or security audit, and it’s a process that demands patience, concentration and the right tool to be done correctly. In this article we explore Maltego 3 and examine its fundamental features and a little hands-on with the newly designed version. Maltego comes in two flavors, a community edition and a commercial version. Being free, the Community Edition is the version of choice for this tutorial. Navigating the Interface Let’s start out by learning our away around the interface that is clearly based on the Office Ribbon design. Conclusion

Parse Sign Up Log In Parse Sign up for Parse Sign up for Parse Set up your Parse account Get started Create your first Parse app Or you can also: Log in with Facebook Log in with GitHub Log in with Google Get started Signing up signifies that you have read and agree to the Terms of Service and Privacy Policy. The completemobile app platform Focus on creating unique & engaging apps on any platform. Power your app using Parse Try it for free No credit card required Everything you need to create beautiful apps Focus on creating a great user experience and forget complex infrastructure. Give your apps some Rest More than 100,000 apps are already on the Parse platform. Power your mobile app using Parse Try it for free

Microsoft® SQL Server 2008 R2 Analytics & Data Visualization - Doug Harts, Jim Dugan, Tricia Almas, Tricia Wilcox Almas Editions and Pricing of Sentinel Visualizer link analysis, social network analysis, knowledgebase visualization software program Software Licenses The Software License prices, above, reflect a one-time purchase of a perpetual software license. Buy it once, own it forever. In general, there are two licensing options: Buy a license for each computer. You must have administrative rights on your computer to install the Sentinel Visualizer software. Individual Licenses For example, if you buy one license (without concurrency), then you can install Sentinel Visualizer on one computer. Concurrent Licenses The Concurrency option lets you install (share) a license(s) among an unlimited number of computers (without a dongle!). The number of concurrent (simultaneous) users is limited by the number of licenses purchased. The computers being run must have a constant, live connection to the Internet An annual support contract must be maintained Note: If you need to operate Sentinel Visualizer on a portable computer "in the field," then that portable computer must have an Internet connection if you're using a Concurrent license.