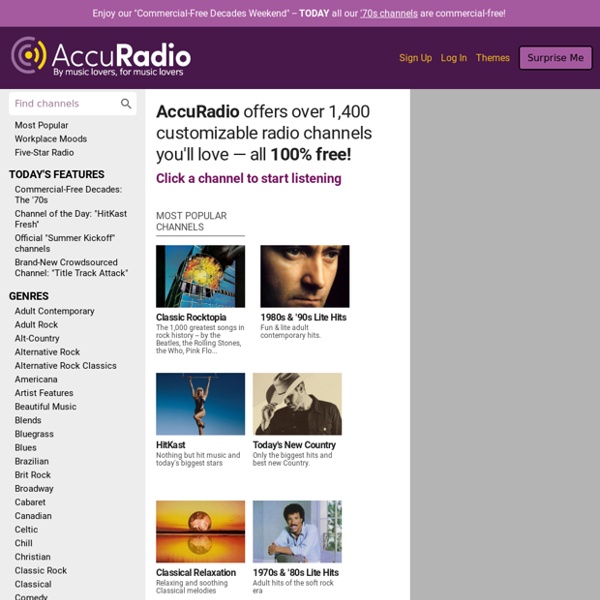 6 Things You Must Know When Buying a Vinyl Turntable Vinyl is coming back in a big way. Record sales in the first half of 2015 grew by 52%, putting the industry on course for its best year since 1994. And vinyl sales in the US are now worth more than the free music services from Spotify, YouTube, and Vevo combined. Meanwhile, the argument rages on about whether vinyl is superior to digital, or not. How to write a hit: structure The most common and accessible pop song format to evolve over the last 50 years is made up of the holy trinity of verse, chorus and middle 8. Referred to as ABABCBB, in practice, it goes like this: intro/verse1/chorus1/verse2/chorus2/middle 8/chorus 3/chorus out. With modern production tricks, this classic skeleton is beginning to evaporate into a simpler framework containing just a verse and a chorus, with variety being created by the sounds of the parts rather than the parts themselves being different. In other words, there's more sonic variety than musical variety. The use of filters, in particular, has encouraged repetition of parts that would otherwise become boring.

Every Noise at Once italian progressive metal deep symphonic black metal christian symphonic metal Find Music Rise from the Ashes Event skip Not logged in Log In The Ultimate Road Trip Playlist — 50 Best Road Trip Songs  No road trip is complete without a playlist of songs that capture the spirit of traveling on the open road. So we’ve compiled a list of the 50 best road trip songs . In order to make this be-all end-all totally definitive list that all other lists look up to, the songs had to meet the following criteria:

Yesterday (song) Origins[edit] According to biographers of McCartney and the Beatles, McCartney composed the entire melody in a dream one night in his room at the Wimpole Street home of his then girlfriend Jane Asher and her family. Upon waking, he hurried to a piano and played the tune to avoid forgetting it. McCartney's initial concern was that he had subconsciously plagiarised someone else's work (known as cryptomnesia). As he put it, "For about a month I went round to people in the music business and asked them whether they had ever heard it before. 100 Ways to Cook an Egg According to legend (a.k.a. wikipedia), the folds in a chef’s hat used to represent the number of ways s/he knew how to cook an egg, with the vaunted 100-fold hat reserved for the heads of only the most knowledgeable culinary experts. But are there really 100 ways to prepare eggs? ES set out on an exploration across the food blogosphere to find out, and our answer is a decidedly delicious “yes.”