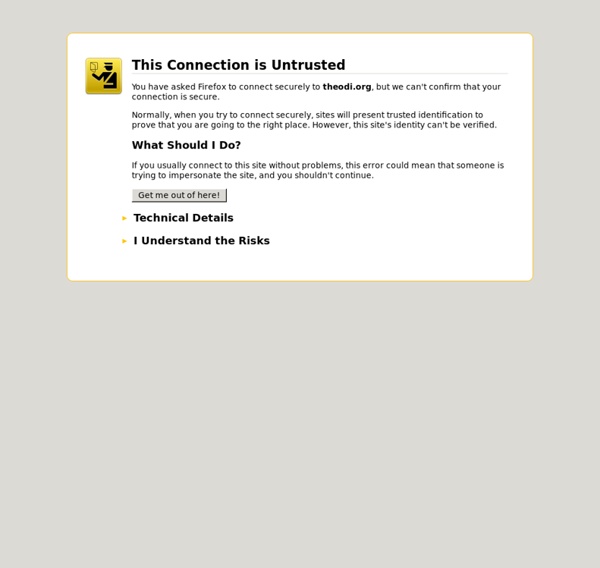 Open Data Study Substantial social and economic gains can be made from opening government data to the public. The combination of geographic, budget, demographic, services, education, and other data, publicly available in an open format on the web, promises to improve services as well as create future economic growth. This approach has been recently pioneered by governments in the United States and the United Kingdom (with the launch of two web portals, www.data.gov and www.data.gov.uk respectively) inspired in part by applications developed by grassroots civil society organizations ranging from bicycle accidents maps to sites breaking down how and where tax money is spent. In the UK, the data.gov.uk initiative was spearheaded by Tim Berners-Lee, the inventor of the World Wide Web. The report finds that in both the U.S. and U.K., a three-tiered drive was at play. As Tim Berners-Lee observed in an interview, "It has to start at the top, it has to start in the middle, and it has to start at the bottom."

What database does Google use Tracking the Internet of Things: Postscapes Open battle: Nintendo, MS and Sony face new players in the console wars | Technology This is how console development usually works: a major consumer technology corporation spends several years and millions of dollars in R&D, putting together a piece of hardware that's jammed with high-end proprietary components. The tech is launched region by region over a period of months, and it is then left unmodified until a smaller, cheaper-to-produce model is rolled out some years later. This happens every five years until the company runs out of money. That is the past. This is the future. And now there's this thing called Kickstarter where offbeat tech projects can be funded by enthusiasts. 12 months later, Playjam Announces the GameStick, it hits Kickstarter and with 18 days to go has already made four times its initial $100,000 target. GameStick, of course, is not alone. "There's a multitude of reasons for Ouya and GameStick's success on KickStarter," says Patrick Goss, editor-in-chief at news site, TechRadar. Certainly, two important factors have co-aligned here.

society & values 21 Pictures That Will Restore Your Faith in Humanity: How BuzzFeed makes viral hits in four easy steps Photograph by Michelle Gantner/www.maladjustedmedia.com Last Wednesday, BuzzFeed’s Jack Shepherd published an irresistible piece called, “21 Pictures That Will Restore Your Faith in Humanity.” The post is exactly as advertised, a rundown of photos of people being more wonderful than you’d expect—rescuing animals from danger, helping strangers in need, expressing tolerance for others, and all manner of additional good stuff. It became an instant hit on Reddit, Twitter, and especially Facebook, where it has earned more than 2 million Likes. So far, the post has attracted more than 7 million views, and as of Tuesday morning, its traffic shows no sign of abating. When I saw Shepherd’s piece, my first thought was, Why didn’t I think of that? How does this one site come up with so many simple ideas that people want to spread far and wide? The answer, in short, is that BuzzFeed’s staff finds stuff elsewhere on the Web, most often at Reddit. Take that “Faith in Humanity” write-up.

Gamers OUYA OUYA is a powerful, beautifully-designed game console for the TV. It’s priced at $99, and all the games are free-to-try. Shooters, platformers, sports games, arcade classics and indie games just feel bigger and better on a TV screen. OUYA will offer a broad range of games from all the genres you love. Plus, every game is free — well, free-to-try. OUYA has great games and great apps. Lastly, OUYA is powerful. “The prospect of an affordable, open console — that’s an idea I find really exciting.” — Adam Saltsman (Semi Secret, creator of Canabalt) Legal Knowledge Is a Common Good - Transform Network The Effects of the Open Source Movement on the Development of Politics and Society Introduction In October 2009, Transform! co-promoted the first Free Culture Forum (FCF). The FCF is one of the first attempts to create an international space of networking and strategic reflection for a wide range of movements that have emerged across the world in different fields and are related to the production, access, circulation and management of cultural works and knowledge goods. For Transform! In this article my aim is to give a picture of the experiences which represent the background of the FCF, presenting some its salient characteristics and achievements. The Free Culture Movements What we call here the Free Culture Movements comprises a wide range of experiences mainly emerging in the framework of the internet and the digital revolution. The first to emerge and the most consolidated is the Free and Open Source Software movement (FOSS). Conclusion Notes 2) www.networked-politics.info

Big Data in the Big Apple: understanding New York using millions of Foursquare check-ins What can we learn from millions of check-ins on Foursquare? An unprecedented view into the behavior of cities. How big data is making cities easier to use. Foursquare began its life as a way to see what your friends are up to, but it has quickly evolved into a artificial intelligence / recommendation engine that knows you and your surroundings. Foursquare has already has 2.5 billion check-ins from over 20 million people (including me and Sander Duivestein) and generates about new 80 check-ins every second. 135 million of those check-ins are in New York. One question that can be asked of these types of data is if we can see some kind of activity stream per neighborhood. The example mentioned is only one question you could ask. The data aggregated from the millions of check-ins provides cities with new insights in how the city works.

The west's crisis is one of democracy as much as finance | Slavoj Žižek In one of the last interviews before his fall, Nicolae Ceausescu was asked by a western journalist how he justified the fact that Romanian citizens could not travel freely abroad although freedom of movement was guaranteed by the constitution. His answer was in the best tradition of Stalinist sophistry: true, the constitution guarantees freedom of movement, but it also guarantees the right to a safe, prosperous home. So we have here a potential conflict of rights: if Romanian citizens were to be allowed to leave the country, the prosperity of their homeland would be threatened. In this conflict, one has to make a choice, and the right to a prosperous, safe homeland enjoys clear priority … It seems that this same spirit is alive and well in Slovenia today. Last month the constitutional court found that a referendum on legislation to set up a "bad bank" and a sovereign holding would be unconstitutional – in effect banning a popular vote on the matter.

Search Engine Startpage offers you Web search results from Google in complete privacy! When you search with Startpage, we remove all identifying information from your query and submit it anonymously to Google ourselves. We get the results and return them to you in total privacy. Your IP address is never recorded, your visit is not logged, and no tracking cookies are placed on your browser. Free proxy surfing available. No IP address recorded. To learn more, check out our privacy page and read our privacy policy.