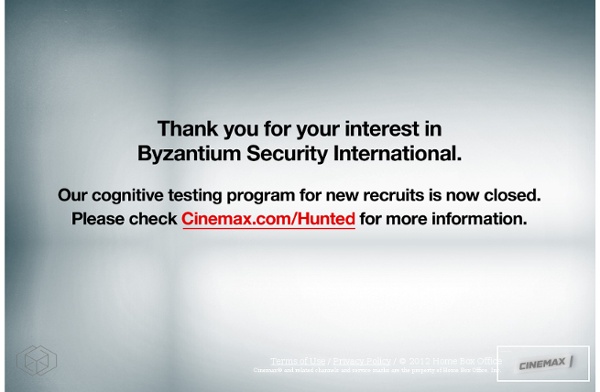 The Levitron Revolution: Magical Floating Device The Levitron Revolution is one of the sweetest gadgets to have around the house or office. The device features EZ Float Technology which allows you to float pretty much any object you can think of mid-air as long as it weighs no more than 12 ounces. You can even slowly rotate the object in the air with this cool device. The Levitron Revolution comes with a small magnetic disc which is where you place an object weighing up to 12 ounces on so that it may float in the air. Getting an object to float is actually pretty simple. This sophisticated system is constantly adjusting the strength of magnetism to compensate for changes in weight which prevents the magnetic disc from falling. The Levitron Revolution in action! Posted on November 21, 2011 Got something to say? Comment Rules: Keep it civil, and please do not use your site URL in either your name or the comment text.

STAR WARS Characters Re-Designed as 1980s High Schoolers Artist Denis Medri has created this insanely cool series of art that re-imagines several Star Wars characters as 1980s high school teens. It's like these characters came right out of a John Hughes movie. I love all of these designs, the characters were captured perfectly, but I think Han and Chewie are my favorite. Medri is the same artist who brought us Steampunk Spider-Man and Batman Rockabilly. I think this latest series is his best so far, and now I would love to see some kind of John Hughes style Star Wars movie parody. Look over all of the art and tell us what your favorite character design is! Here's the note from the piece above, and you'll find artist notes under the other character art as well. of course Luke is inspired by Marty McFly form Back to the Future...Leila is the classic 80's chick... Here is Han and Chewbie ,and the Millenium Falcon/Trans AM Yoda is the old sage asian Coach, and Kenobi is the kind history & Literature's teacher... Lando and Greedo

Chalk art by David Zinn David Zinn creates poetic chalk art in the streets of Ann Arbor. He makes his cute little characters interact with objects in the street, and the result is quite charming. Beyond YouTube: Turning Video Viewers Into Customers - Smb - Business/E-Business Two SMBs dissatisfied with a lack of tangible return from their online video audiences went looking for an alternative to YouTube. Here's what they found. 5 Social Networks To Achieve 10 Business Tasks (click image for larger view and for slideshow) So your YouTube video was a hit. Then what? Some viewers probably gave it a thumbs-up or left a comment. The safe bet? YouTube's sheer size--800 million unique visitors watch more than three billion hours of video there each month--is both a blessing and a curse for small and midsize businesses (SMBs). "YouTube is about YouTube," said Tom Telford, CEO of Cedar Creek Cabin Rentals, in an interview. Telford sees online video as a must-have means for engaging potential customers--especially in his high-end travel business. [ Drive more traffic to your website with SEO For SMBs: 7 Timely Tips. ] Another Viewbix user, Aish.com, has had its share of YouTube hits. "That was the biggest thing. More Insights

Wine Bottle Design | Recycled Wine Bottle Torch | Package Design Firm | Sustainable Packaging 08.09.09 | by Erik Anderson Whether it’s product branding, package design or projects for ourselves, we’re pleased when we find a solution that’s very effective and creative, while keeping resources to a minimum. This idea is very inexpensive idea and it’s a great way to recycle a wine bottle. See how this simple idea inspired this brand and wine bottle design. It’s been a record year for mosquitoes here in Indianapolis, Indiana and I’d been wanting to add some Tiki-esque torches to the patio to combat the little buggers, and add a little ambiance. Here’s what you’ll need. Empty Wine Bottle (Use any bottle as long as it’s glass and the neck is 1” in diameter. Helpful Tools: Channellocks, adjustable wrench, hacksaw, power screwdriver, and a funnel. Safety Note: This is for outdoor use only. Building Instructions The Hanger Decide where you want to mount your Recycled Bottle Torch. The Bottle Carefully and tightly wrap the 1/2-inch end of the Coupling with your Teflon Tape. Good Luck! -Erik

15 Amazing Animated Short films We all love short animated films, but creating short film is very hard task. Putting whole story in 5 to 10 minutes is not easy. Can you imagine? Few films produced after working hard more than 6 years! I bet you will love these short animated movies, do let us know your favorite one, also feel free to share your favorite short film if it’s not present in the list. Granny O’Grimm’s Sleeping Beauty Oscar-nominated film of ‘Granny O’Grimm’, directed by Nicky Phelan, produced by Brown Bag Films, and written/voiced by Kathleen O’Rourke. Oktapodi (2007) In Oktapodi, these two cuties help each other escape the clutches of a tyrannical restaurant cook. This Side Up – A Short Animation by Liron Topaz A naive music-lover’s patience is tested on his quest to download music online, as his perspective on technology completely changes. Oxygen Oxygen tries to make friends on the playground. “Heavenly Appeals” a short film by David Lisbe After many millennia of being tortured in Hell, Raymond K. Alma

5 friends pose for the same picture every 5 years for 30 years In 1982, five guys at a cabin on Copco Lake in California posed for a picture. Nothing unusual about that… They continued getting together there every year, and in 1987 they thought it would be be funny to recreate that old 1982 picture. Again, not terribly unusual… Then 1992 came, and the guys were still friends and were still making their yearly trip to the lake. Will they meet again for the photo in 2017? We plan on doing this for the rest of our lives, no matter what — Up until there’s one guy just sitting in the same pose! Check out the guys’s site about these pics. Related… From being babies to having them, these brothers never missed a pic with Santa [30 pics] Photographer’s painfully beautiful documentation of his wife’s battle with breast cancer [15 pics]

Movies You Must See Before You Call yourself film buff - a list by mohi Retro Futurism Retro Futurism Frank R. Paul was an illustrator of US pulp magazines in the science fiction field. He was born in Vienna, Austria… Frank R. Many many years ago (~1940), Frank R. 7th of July 2010 Probably Related Retro Futuristic Illustrations by Klaus Bürgle Tavis Coburn’s Amazing Retro Program Covers #7 by disonyando Retro Style Recovery Kits Travel Status Back home since 54 days Currently in: Switzerland Oh dear, do you realise how old your browser is?