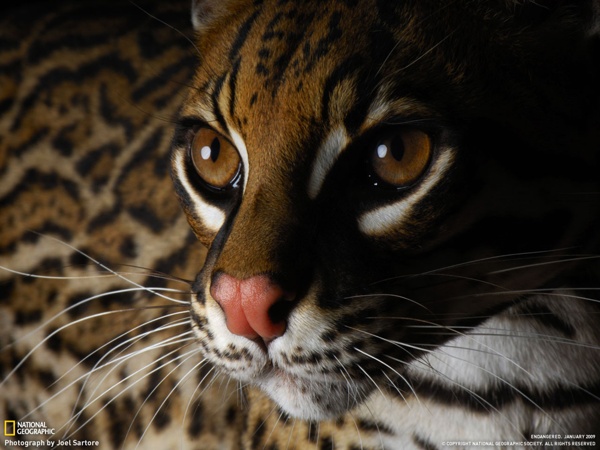 Animal Architects: Bowerbirds Design & Build Showy, Colorful Homes to Attract Mates Turkeys strut, peacocks preen, and bowerbirds design. Of all the strange things that male birds do to attract a mate, the bowerbird's ritual is the only one that could make it into the MoMA. They use two distinct types of "architecture" and have a keen eye for color as well. Image via The Wilderness Alternative Once mating season rolls around, these Oceanican birds start gathering sticks and using them to erect structures called bowers. The second is an "avenue" bower, where the sticks are arranged vertically to make a path down the middle, like something you'd see a bride and groom walk through at a wedding venue. Image via Isbirds Even crazier, they then start decorating the area around the structure using colored objects. Others stick with one color—and will even use manmade objects as long as they match, like Bic pens and bottlecaps: Image via Fritz Haeg Image via Tim Laman, Wildlife Photojournalist Image via Imaginenation Image via Occult Skeptic

National Geographic Photo Contest 2012, Part II The deadline to enter this year's National Geographic photo contest is coming up -- this Friday, November 30. Back in September, the society started gathering and presenting galleries of submissions, encouraging readers to vote for them as well. Winners will be chosen on or around December 15, 2012. National Geographic was once more kind enough to let me choose some of its entries for 2012 to feature here on In Focus. Gathered below are 50 images from the three categories of People, Places, and Nature, with captions written by the individual photographers. Use j/k keys or ←/→ to navigate Choose: Nursing Mama: This female brown bear came into the Lake Clark National Park area in late July with her triplet Spring cubs and seemed quite relaxed as she sat nursing two of her cubs. The Matterhorn: Night Clouds #2 -- The Matterhorn, 4478 m, at full moon. Swimming with a Turtle: After observing this turtle, I swam with him for a few minutes. Ventisquero Colgante Falls, Chile. Trapped!

FREE Nature Wallpaper Original Nature Digital Photography Backgrounds WALLPAPER | Nature Wallpaper | Photography Wallpaper | Free Nature Desktop Backgrounds | Nikon D200 SLR Backgrounds | free digital Backgrounds | Artistic | black and white photography | 12 Rarest Species: I Bet You Never Met Before The Bumblebee Bat – the incredible bumblebee bat is one of the smallest mammal in the world, weighing about the weight of a penny. It is listed in the top 12 most endangered list. The crazy looking Valais Blacknose Sheep from Switzerland. The Glass Frogs are frogs of the amphibian family Centrolenidae. While the general background coloration of most glass frogs is primarily lime green, the abdominal skin of some members of this family is translucent. This Glasswing Butterfly has transparent wings and finds a Spanish name, “espejitos,” which means “little mirrors.” Giant Red Aeonium ‘Cyclops’ is beautiful tall succulent, it has rosettes of dark reddish-bronze leaves on stems to 4 to 5 feet tall. The beautiful Rainbow Eucalyptus – remarkably, this tree’s colouring is entirely natural. A Frizzle is a type of chicken with feathers that curl outwards, rather than lying flat as in most chickens. The Japanese Dwarf Flying Squirrel is a type of flying squirrel.

Sharpest Views of the Cosmos Ever A close-up of the central region of the Orion nebula, taken with the Schulman Telescope at the Mount Lemmon SkyCenter. Credit: Adam Block/UA SkyCenter) Astronomers have built a new astro-camera that, when fitted onto the largest observatories on Earth, can snap photos of the universe twice as sharp as the famed Hubble Space Telescope. With the newly developed technology, giant telescopes can reach their theoretical limits of resolution in visible light —something that was just not possible, until now, because of atmospheric turbulence causing blurry visible light images. “It was very exciting to see this new camera make the night sky look sharper than has ever before been possible,” said Laird Close, the project’s principal scientist at the University of Arizona in a press statement. “We can, for the first time, make long-exposure images that resolve objects just 0.02 arcseconds across — the equivalent of a dime viewed from more than a hundred miles away.

What People Are Pinning on Pinterest [STATS] Home, Arts and Crafts, and Style/Fashion are the most popular categories on Pinterest, a third-party study released Monday indicates. According to business intelligence firm RJ Metrics, 17.2% of all pinboards are categorized under Home, followed by Arts and Crafts (12.4%), Style/Fashion (11.7%), Food (10.5%) and Inspiration/Education (9.0%). Of those, food is the fastest-growing category. The results were drawn across a sample of approximately 1 million pins across 9,200 different users. The study also identified the most popular board names on Pinterest. Among the other findings, some of which were published last month: More than 80% of all pins are repins.Online crafts marketplace etsy.com is the most popular source for pins, accounting for a little more than 3% of all content on the site. Users who have joined Pinterest more recently (between November 2011 and December 2011) are less active than those who joined the site between August 2011 and October 2011. 1. 1.