How to identify your work skills 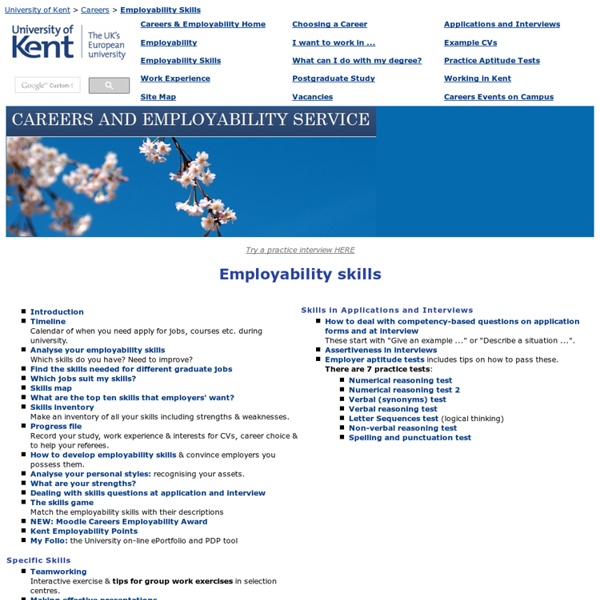 Popular Testosterone Therapy Lacks Evidence Testosterone-replacement therapies promise to bring increased muscle mass, a heightened sex drive, more energy and maybe even some extra vigor in the golf swing for men with "low-T," or low levels of testosterone. But in the last five years, even as low-T has become a buzz word, some have questioned the claims of products that offer to boost levels of the hormone and improve fitness, libido and mental focus. Through prescription patches, injections and gels, along with the advent of "T-Clinics," where men can receive testosterone injections, the hormone is more readily available than ever, said Dr. Robert Schwartz, a geriatrics professor at the University of Colorado School of Medicine. But in June, the Food and Drug Administration (FDA) announced that all manufacturers of approved testosterone products must include a label that warns users about the risk of blood clots in the veins that the products may pose. [8 Tips for Healthy Aging] A natural drop

Eight Toughest Interview Questions Interviews are designed to do just one thing: identify the best possible candidate for the advertised job. And sometimes it may feel that the questions being asked have been designed to deliberately catch you out or make you question whether you are up to the job or not. But that’s not their intention. Some questions aim to establish how well you cope under pressure, others will be to reveal your personality or to see what your career aspirations are. Beach Bummer: Toxic Slime Will Hit Lake Erie Again Slimy green mats of toxic algae will again threaten the western shores of Lake Erie later this summer, according to an algae forecast released today (July 10). The predicted Lake Erie algal bloom will be smaller than in the past three years, but still above the average for the past 12 years, according to the National Atmospheric and Oceanic Administration (NOAA) forecast. The algae are also expected to collect on certain shorelines instead of spreading out evenly across the lake, NOAA said in a statement.

List of Resume and Cover Letter Action Keywords Do you need keywords to use in your resume and cover letters? Using the right keywords not only shows what you have accomplished in previous jobs. They also help your job application materials get selected by the software and hiring managers who screen your documents. Here's a list of action keywords to use when applying for jobs. Resume and Cover Letter Action Keywords Future Drones Could Mimic Birds and Bats The flight habits of birds, bats and insects could inspire new designs of flying robots, say scientists who are using nature as a guide for developing innovative drone technologies. As part of a broad investigation of bioinspired flight control, 14 different research teams are stealing ideas from nature to make novel improvements to the capabilities of drones. "Whether this is avoiding obstacles, picking up and delivering items, or improving the takeoff and landing on tricky surfaces, it is hoped the solutions can lead to the deployment of drones in complex urban environments in a number of different ways," officials from the Institute of Physics (IOP) in the United Kingdom said in a statement. [5 Surprising Ways Drones Could Be Used in the Future] These technologies, IOP added, could be used for a variety of purposes, ranging from "military surveillance and search-and-rescue efforts to flying camera phones and reliable courier services.

The Mind Trick That Will Change the Way You Write Cover Letters Forever Finally. You found it. The dreamiest dream job that ever waltzed into existence. Tea Around the World (Infograph) I don’t post a lot of infographics but as a tea and travel lover I couldn’t resist this one on different tea customs around the world. It was created by UIC and is a great primer on the importance of tea across many continents. What’s your favorite way to drink tea? Never trust a man who, when left alone with a tea cosy, doesn’t try it on. Billy Connolly, Scottish comedian

here’s an example of a great cover letter A reader recently sent me one of the best cover letters I’ve ever seen, and she nicely agreed to allow me to reprint it here in case it inspires anyone else. Note: Don’t steal this letter or even parts of it. The reason this letter works is because it’s so customized to the writer’s situation and the job she’s applying for.

Vaccine Manufacturing Gets Boost from Tobacco Plants Medicago says it’s improving the production of influenza vaccines in two ways: The firm starts with virus-like particles (VLPs) to generate a vaccine, and then it manufactures large quantities of a vaccine in the leaves of tobacco plants. Its technology platform is readily adaptable for the mass production of seasonal and pandemic vaccines, as well as biosimilars and other types of proteins. Medicago’s manufacturing platform uses Nicotiana benthamiana, also known as Australian tobacco. In 1999, Louis-Phillippe Vezina, Ph.D., co-founded Medicago to explore the manufacturing of proteins in alfalfa plants. Dr. How to stand out with your covering letter Your covering letter links your CV to the specific requirements of the job and the company. But rather than repeating information from your CV, grab the attention of the hiring manager by highlighting and expanding on relevant personality traits, strengths and experience. Make it personal Say why you want the job and/or why you're keen to work for the organisation. Perhaps you're a perfect match for the role, or you're impressed by the company's reputation for great products, services or innovation. If you sound genuinely enthusiastic, you stand a much better chance of wowing the hiring manager.

What Makes A Great Cover Letter, According To Companies? Advertisement Ah, the dreaded cover letter. Boring to write, difficult to get right, and you’re usually preoccupied by other things (such as the portfolio and resume, which are also really important).

Hegel - History of Philosophy - Address THERE are various aspects under which the History of Philosophy may possess interest. We shall find the central point of this interest in the essential connection existing between what is apparently past and the present stage reached by Philosophy. That this connection is not one of the external considerations which may be taken into account in the history of Philosophy, but really expresses its inner character: that the events of this history, while they perpetuate themselves in their effects like all other events, yet produce their results in a special way-this it is which is here to be more clearly expounded.

Why Your Job Cover Letter Sucks (and what you can do to fix it) For the next few months I will be posting the “best of the best” Professor is in blog posts on the job market, for the benefit of all those girding their loins for the 2013-2014 market. Today’s post was originally published in 2011. I’ve now read about two thousand more job letters than I mention here. All the advice still applies.