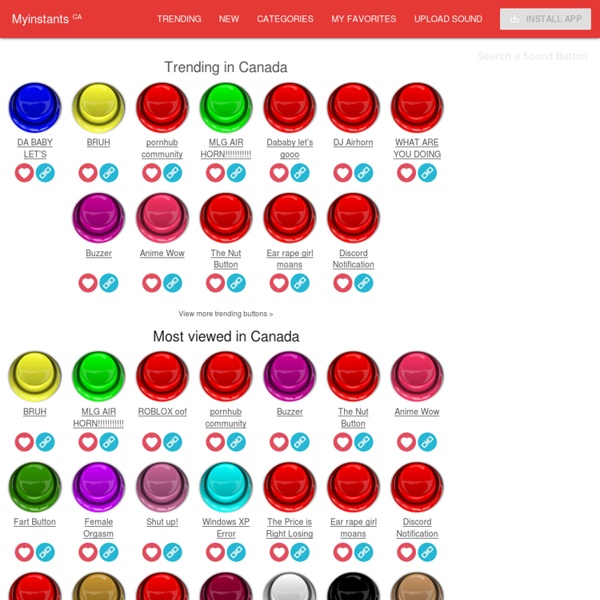 Over 5gb of Free Samples, Sounds and Loops Sharing is Caring Below you will find over 5000 free samples, sounds, loops and one shots. Subscribe to my blog for more music and graphic freebies in the future. These samples are supplied in labelled kits (with varying bpms), each of which contains bass, beat, synth, piano, jazz, dubstep, percussion, house, drum, hip hop, rock, etc., samples. If the Moon Were Only 1 Pixel - Map of the solar system Mercury Venus Earth You Are Here Chrome Experiments - "Radar" by Hakim El Hattab From the Author: An experiment with real-time audio synthesis. Click on pins to made them resonate with the radar wave, click again to disable. Use the sequencer on the right to rotate between 1-10 notes.

Meeting God You were on your way home when you died. It was a car accident. Nothing particularly remarkable, but fatal nonetheless. You left behind a wife and two children. It was a painless death. The EMTs tried their best to save you, but to no avail. www.columbia.edu/~sss31/rainbow/murphy.combat.html 1. If the enemy is in range, so are you. 2. Incoming fire has the right of way. 3. The Best Places To Get Royalty-Free Music & Sound Effects Now that my students are getting more comfortable making online slideshows, they’re also getting more interested in including music (and sound effects) into their creations. Some of the online slideshow sites listed in The Best Ways To Create Online Slideshows already have music that can easily be incorporated into user-created slideshows, but with Flowgram you have to upload your own. There are quite a few sites with royalty-free music available, and a great resource to identify a bunch of them is Mathew Needleman’s Royalty Free Music And Images post. However, I’m also looking for the easiest and most accessible sites that can be used by an English Language Learner or anyone who is not particularly tech-savvy. So I’ve pulled a few from Mathew’s list, and also included several additional ones. Mathew’s list, though, continues to be one of the best ones around and I’d encourage you to check it out.

How to Build Your Own App With Android App Inventor Today we’re going to show you how to use the Android App Inventor tool to create your own Android app, without having to write a lot of complicated code. It’s a really simple process that only requires some dragging and dropping. Soundboards are among the simplest apps to create using App Inventor, so today we’ll show you how to get started creating your own application. This guest article was written by Mitch Bartlett from Technipages, where he covers lots of in-depth smartphone tips. Installing and Using App Inventor to Create an App