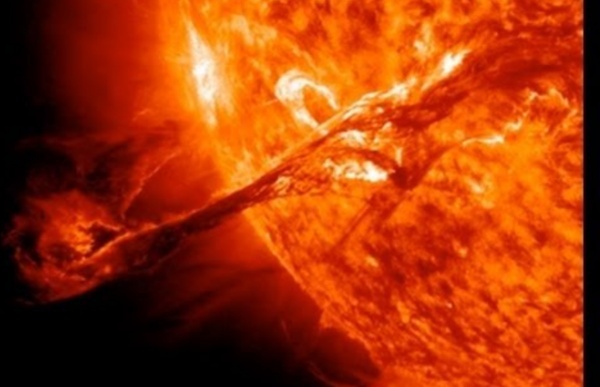 Dodwell Manuscript Ancient, mediaeval, and modern observations of the obliquity of the Ecliptic, measuring the inclination of the earth's axis, in ancient times and up to the present by George F. Dodwell B.A., FRAS* *B.A. is Bachelor of Arts -- his degree was in mathematics (which was an art then). FRAS is Fellow of the Royal Astronomical Society. © the Dodwell Family - J D Dodwell, PGE Dodwell, David Dodwell and their descendants -- sections may be quoted or printed with full reference made to the original document on this website, with the request they not be taken out of context. Note from the Setterfields George Dodwell was the government astronomer for South Australia. A friend of his offered to take the material and have it published under the auspices of a university in the United States. Since we have the original manuscripts ourselves, every word has been checked and every punctuation mark, for accuracy. All emphases are in the original. So here, finally, is Dodwell’s work. February 23, 2010 George F.

Sobre a exposição | A terra vista do céu What Does the Sun Burn? | Life's Little Mysteries For millennia, people have looked up to the sky and wondered about celestial bodies. The sparkling stars and fiery sun hold mystery and wonder. To astronomers, the sun is just another dying star, but to everyone else it’s a huge burning ball that gives heat, light, and life. So far so good. But what is it burning? We all know that there is no air in space, and therefore no oxygen to burn. The sun burns hydrogen — a lot of it, several hundred million tons per second. Solar storm of 1859 Sunspots of September 1, 1859, as sketched by Richard Carrington. A and B mark the initial positions of an intensely bright event, which moved over the course of five minutes to C and D before disappearing. Studies have shown that a solar storm of this magnitude occurring today would likely cause widespread problems for modern civilization.[2] The solar storm of 2012 was of similar magnitude, but it passed Earth's orbit without striking the planet.[3] Carrington super flare[edit] Because of a simultaneous geomagnetic solar flare effect ("magnetic crochet")[6] observed in the Kew Observatory magnetometer record by Scottish physicist Balfour Stewart, and a geomagnetic storm observed the following day, Carrington suspected a solar-terrestrial connection. On September 1–2, 1859, one of the largest recorded geomagnetic storms (as recorded by ground-based magnetometers) occurred. Similar events[edit] See also[edit] References[edit] Jump up ^ Philips, Tony (January 21, 2009). Further reading[edit]

Helioseismology Active Learning Exercises in Planetary and Solar Astronomy Copyright 1996 National Optical Astronomy Observatory Volume 1, Number 1 NEW! Download an Updated Version of this module in PDF format. This lesson module was written as part of a NASA IDEA grant titled Active Learning Exercises in Planetary and Solar Astronomy for K-3 Students. NOAO astronomers worked with students and teachers of the Satori School in Tucson, AZ, to present eight topics in the elementary classrooms. This module was developed by NSO astronomer Dr. We used the following 5 color slides for this lesson; Click the images below for a larger, more detailed image [28 to 84K]. Slide 1: Image of actual solar surface Slide 2: Computer image of slice through sun showing how sound bounces inside sun Slide 3: Computer image of cutaway of sun showing up and down pattern of one solar musical note Slide 4: Image of actual solar surface showing the up and down pattern of all 10 million solar musical notes together at one instant Lower

10 Terrifying Planets You Don't Want To Visit Space Space exploration is a grand adventure. Its mystery has always captivated us and the inevitable discoveries to come will add to the many cosmological insights we already have. But let this list serve as a warning for any weary inter-solar travelers. Our planet maintains a high ratio of oxygen to carbon. On Neptune, one can find constant jet stream winds that whip around the planet at terrifying speeds. Nick-named Bellerophon, in honor of the Greek hero who tamed the winged horse Pegasus, this gas giant is over 150 times as massive as earth and made mostly of hydrogen and helium. The densest and most massive exoplanet to date is a world known as COROT-exo-3b. On Mars a dust storm can develop in a matter of hours and envelope the entire planet within a few days. Simply put, this planet is the hottest planet ever discovered. Jupiter’s atmosphere brews storms twice as wide as the Earth itself. (Note: Pluto is technically no longer classified as a planet). [Entry redacted.

Today's Space Weather The Satellite Environment Plot combines satellite and ground-based data to provide an overview of the current geosynchronous satellite environment. Click on a data panel to open an updating secondary window. An updating Satellite Environment Plot window is also available. Although these data are of interest to the satellite community, they do not include all parameters and energy ranges known to be associated with satellite anomalies. LIGO - Laser Interferometer Gravitational Wave Observatory The Fermi Paradox - Wait But Why PDF: We made a fancy PDF of this post for printing and offline viewing. Buy it here. (Or see a preview.) Everyone feels something when they’re in a really good starry place on a really good starry night and they look up and see this: Some people stick with the traditional, feeling struck by the epic beauty or blown away by the insane scale of the universe. Physicist Enrico Fermi felt something too—”Where is everybody?” A really starry sky seems vast—but all we’re looking at is our very local neighborhood. Galaxy image: Nick Risinger When confronted with the topic of stars and galaxies, a question that tantalizes most humans is, “Is there other intelligent life out there?” As many stars as there are in our galaxy (100 – 400 billion), there are roughly an equal number of galaxies in the observable universe—so for every star in the colossal Milky Way, there’s a whole galaxy out there. So there are 100 Earth-like planets for every grain of sand in the world. But it hasn’t. Where is everybody?

If the Moon Were Only 1 Pixel - A tediously accurate map of the solar system Mercury Venus Earth You Are Here Moon Mars Jupiter Io Europa Ganymede Callisto Saturn Titan Uranus Neptune Pluto(we still love you) That was about 10 million km (6,213,710 mi) just now. Pretty empty out here. Here comes our first planet... As it turns out, things are pretty far apart. We’ll be coming up on a new planet soon. Most of space is just space. Halfway home. Destination: Mars! It would take about seven months to travel this distance in a spaceship. Sit back and relax. When are we gonna be there? Seriously. This is where we might at least see some asteroids to wake us up. I spy, with my little eye... something black. If you were on a road trip, driving at 75mi/hr, it would have taken you over 500 years to get here from earth. All these distances are just averages, mind you. If you plan it right, you can actually move relatively quickly between planets. Pretty close to Jupiter now. Sorry. Lots of time to think out here... Pop the champagne! We're always trying to come up with metaphors for big numbers.

Universe is Not Expanding After All, Scientists Say New evidence, based on detailed measurements of the size and brightness of hundreds of galaxies, indicates that the Universe is not expanding after all, says a team of astrophysicists led by Eric Lerner from Lawrenceville Plasma Physics. This image shows a star forming region in a nearby galaxy known as the Large Magellanic Cloud. Image credit: ESA / Hubble. In their study, the scientists tested one of the striking predictions of the Big Bang theory – that ordinary geometry does not work at great distances. In the space around us, on Earth, in the Solar System and our Milky Way Galaxy, as similar objects get farther away, they look fainter and smaller. Their surface brightness, that is the brightness per unit area, remains constant. In contrast, the Big Bang theory tells us that in an expanding Universe objects actually should appear fainter but bigger. But that is not what observations show, as demonstrated by this new study published in the International Journal of Modern Physics D.