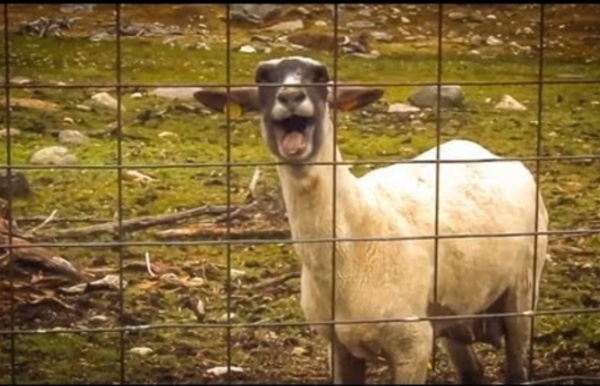 Knowyourmeme : Yelling Goat About Yelling Goat is a video recording of a Peruvian goat repeatedly making a loud bleating noise that is reminiscent of a human yelling. Since going viral in August 2008, the video has been the subject of remixes and parodies, most notably music video mash-ups that combine the audio tracks of popular songs and yelling goats. Origin A video titled “Man Goat” was uploaded by YouTuber SmoothFeather on November 30th, 2007, featuring a goat repeatedly bleating while tied to a rope. Justin Mclennan came across this goat while hiking in Peru. The most viewed version of the video was re-uploaded by YouTuber latestvideoss on August 18th, 2008. Spread On May 20th, 2008, YouTuber SmoothFeather’s video was posted to the Internet humor site I Am Bored. On August 30th, 2010, YouTuber arjen92 uploaded a video featuring footage of the talk show host Oprah Winfrey introducing guests with clips of YouTuber SmoothFeather’s yelling goat interspersed throughout (shown below). Notable Examples Screaming Sheep