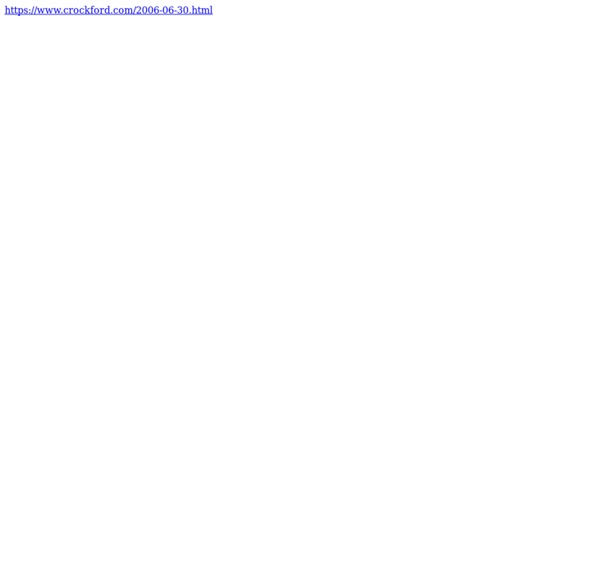 Christian Heilmann Hello, I am Christian Heilmann, pictured on the right. This is my personal blog. Everything here is written by me, and is my opinion. Not all is my content, as I will point to other content and praise or discuss it. Elko General Information This page describes Elko release 1.0, dated 24-August-2009. Elko is a Java-based server framework for building stateful, sessionful applications in the web. It is especially suited to applications that require realtime interaction among multiple clients, such as realtime text chat or multiplayer games, or that have a strong "push" component wherein the server needs to initiate much of the interaction, such as service monitors or realtime auctions. The authoritative source and documentation for Elko is maintained at: Background and theory are discussed in a series of three Habitat Chronicles blog posts:

A Baseline for Front-End Developers 12 Apr 2012 edit I wrote a README the other day for a project that I'm hoping other developers will look at and learn from, and as I was writing it, I realized that it was the sort of thing that might have intimidated the hell out of me a couple of years ago, what with its casual mentions of Node, npm, Homebrew, git, tests, and development and production builds. Once upon a time, editing files, testing them locally (as best as we could, anyway), and then FTPing them to the server was the essential workflow of a front-end dev. We measured our mettle based on our ability to wrangle IE6 into submission or achieve pixel perfection across browsers. Many members of the community -- myself included -- lacked traditional programming experience.

Resources These are some representative external resources. The list includes tools that complement Graphviz, such as graph generators, postprocessors and interactive viewers. It also includes higher level systems and web sites that rely on Graphviz as a visualization service. You can also find Graphviz-related projects in Google Code. Please send us suggestions for additions to this list with, if possible, a recommendation as to appropriate category for the resource. Graphical Interfaces Request Douglas Crockford douglas@crockford.com 2006-04-17 (Updated 2012-08-10) Abstract XMLHttpRequest has a security model that is inadequate for supporting the next generation of web applications. JSONRequest is proposed as a new browser service that allows for two-way data exchange with any JSON data server without exposing users or organization to harm. It exchanges data between scripts on pages with JSON servers in the web. It is hoped that browser makers will build this feature into their products in order to enable the next advance in web application development.

Ten Javascript Tools Everyone Should Have Filed: Sun, Mar 04 2007 under Programming|| Tags: toolbox javascript popular list Javascript frameworks have exploded on the scene over the last few years but they're no replacement for a good toolbox: those little snippets of code you seem to include in every single project. Here's my list of 10 essential Javascript tools everyone should have at their fingertips! Document Object Model Core This section defines a set of objects and interfaces for accessing and manipulating document objects. The functionality specified in this section (the Core functionality) is sufficient to allow software developers and web script authors to access and manipulate parsed HTML and XML content inside conforming products. The DOM Core API also allows creation and population of a Document object using only DOM API calls; loading a Document and saving it persistently is left to the product that implements the DOM API. 1.1.1. The DOM Structure Model

The CSS Ninja - Web tech, front-end performance & silly ideas With the recent announcement of the File API draft specification being published I’m sure a lot of people were confused as to what it could really do and why it is truly a powerful API. Firefox’s latest alpha release of their 3.6 browser, aka Namoroka, is the first to implement this new draft specification. One of those powerful things we can do with it is create a file uploader where the user can drag & drop multiple files from their desktop straight into the browser avoiding the previous method of using the file input creating the ultimate killer feature that browsers so badly need. The below demo only works in Firefox 3.6 Alpha 1 if you don’t want to install it you can watch the screencast below. Drag & drop it like it’s hot Now I’m sure a few people would have seen this functionality already if they watched the Google Wave presentation where they demonstrated drag and drop file uploading, but they used Google Gears to accomplish this.

Operation Cleanout - Unobtrusive Javascript Web development in the last year(s) has undergone a change, we stopped mixing presentation with structure, and thus made it easier to rebrand and change the layout throughout the site simply by changing the style sheet. Further separation is possible by not using any inline styles and classes, but inheritance and contextual selectors. HTML: <table border="0" cellpadding="0" width="100%" cellspacing="5"><tr><td><font face="Arial" size="-2">Lorem Ipsum</font></td></tr></table> became and finally How to Drag and Drop in JavaScript JavaScript excels at modifying the DOM of a Web page, but we usually only do simple things with it, such as creating image rollovers, making tabs, etc. This article is going to show you how to create items on your page that you can drag and drop. There are several reasons you might want to encorporate this drag and drop ability into your Web pages. One of the simplest reasons is to reorganize Data. As an example, you might want to have a queue of items that your users can reorganize.