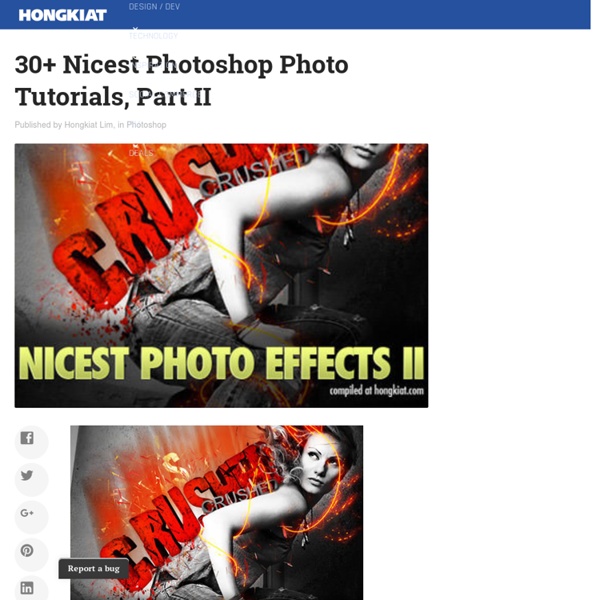 Glowing Neon Effects Start working by creating a new file (File>New) of 1920×1200px/72dpi. Select after that the Paint Bucket Tool (G) to fill the new layer with black color. Apply next the Rectangle Tool (U) to represent several rectangles on the bottom part of the file. Firstly we’ll draw just one, then make six copies of it and finally choose Free Transform option to situate the copies the same way as on the picture below. Combine all the rectangles in a single group (hold on Ctrl button to mark out the corresponding layers and then press the left mouse’s button when moving the marked layers on Create a new group option).Select the group and then press CTRL+E. Make a copy of the layer with the blurred rectangles. Put together both layers (press Ctrl button, mark out the layers and finally press CTRL+E).Set the next indicated parameters on the layer we’ve got: Fill 41% Next we’ll draw several lines on the picture. Next we’ll make two copies of the third line’s group.

Glossy Emblem Text Effects – Photoshop Tutorial In this tutorial, we’ll demonstrate how to create the following nice looking Glossy Emblem Text Effect with Adobe Photoshop in 4 simple steps. With just one text layer and a few layer styles you can have yourself a deliciously glossy emblem text effect in no time. Since the entire effect is done on a vector text layer, you’ll be free to change the font face or letters to suit your needs and still retain all of its styling. As a final touch, we’ll add a simple shadow to give it some perspective and realism. Recommended Reading: More Photoshop Text Effects! Step 1 Fire up Photoshop and set your canvas to 800×600. Step 2 Next, lay out your type. Step 3 Now lets slap on a barrage of layer effects. A closer look at the color ramp for your Gradient Overlay: And here’s what your stroke’s gradient should look like: You should now have a beautifully reflective emblem with metal trim. Step 4 Download final .PSD file. More Text Effects Looking for more Photoshop text effects?

Photoshop Tutorials Photos 41 Nicest Photoshop Photo Effects [Photoshop Tutorials] Looking at how powerful Photoshop can be in terms of photo editing, it’s probably not important if you suck at taking photographs or being labeled an amateur photographer. As long as you picked up a couple of Photoshop photo editing skills, it will still impress those who sees it. So the next time you want to publish some photos online, consider editing them so they look more impressive. Here’s a compilation of 41 Nicest Photoshop Photo Effects you can take into reference. Full content after jump. Mental Wave Explosion EffectHow to create a crazy explosion, like a mix of Magneto’s ability with Peter Petrelli’s power. 60+ Useful Photoshop Actions For Photo Enhancements Each Photoshop action stores a sequential series of tasks/jobs, and by hitting the ‘play’ button you get the same effect again and again without the need to repeat steps individually. Photoshop actions are powerful and great time saver when it comes to batch photo processing. Adobe Photoshop comes with a default set of actions pre-installed that could give you a pretty good idea how thing works. In this post, we want to show you a list of 60+ Useful Photoshop Actions For Photo Enhancements. You might also be interested in these following Photoshop resources: Color Balance, Hue/Saturation Photoshop Action 2by saturn-rings Cross-Processing ATNby mutato-nomine 50 Photoshop Postwork Actionsby manicho Portrait Actions I by ver00nika Portrait Actions II by ver00nika Action Pack I by EmberGFX Actions Clyck by muffim-clyck Caitlins actionsby mumbojumbo89 Color actionsby freaky665 Color Enhancing Actions by Princess-of-Shadows Colors Actions by anaRasha-stock Cool photo effect actionby Numizmat Black & White

We&#039;re running out of IPv4 addresses. Time for IPv6. Really. A little over a year ago, I wrote an article about the IPv4 address consumption with the subtitle IPv4 Address Space: 2.46 Billion Down, 1.25 Billion to Go. A week ago, we reached the magic number of 2.7 billion IPv4 addresses used. With 3.7 billion possible addresses,&sup1; this means we now have less than a billion unused IPv4 addresses left. So, how long will a billion quench our thirst for addresses? Personally, I've always thought that Geoff's model is a bit pessimistic; in order to run out of addresses in a little over three years, we'd have to increase the rate at which addresses are handed out by 30 percent each year. However, we're now so close to running out that the exact figures don't really matter anymore. In other words, unless something unexpected happens, we'll be out of IPv4 addresses at some point in the neighborhood of 2012. If all of this inspires you to try out IPv6 on your own system, have a look at SixXS.net.

Super Slick Dusky Lighting Effects in Photoshop One of the best sites around for desktops has to be Desktopography. I've been inspired by their amazing work, so today we are going to put together a sunset image mixing some vector shapes and dusky lighting effects to produce a slick image that would make a nice album cover for a chillout mix! Steps and Assets As always you can download the PSD file to follow along at the bottom of this tutorial. Step 1: So here's our original photo from iStock. Step 2: First off we duplicate the photo, press Ctrl-Shift-U to desaturate the image to Black and White. Step 3: Now go to Filters > Blur > Gaussian Blur and apply a mild blur of 2px. Step 4: Now we set the blurred black and white layer to blending mode Overlay and Opacity 50%. Step 5: Now the lighting is pretty nice already, but I'd like some pinkish hues in the image as it makes the image a lot warmer than bluish colors. So in a new layer, use the Paintbucket to fill with a bright pink color. Step 6: Here's the image after adding the pink. Step 7:

50 Excellent Digital Photography Photoshop Tutorials Advertisement Adobe Photoshop is the industry standard for digital-image editing and graphics creation. Photoshop’s versatility makes it a popular choice among Web designers, graphic designers, digital media artists, print designers, photographers and other professionals in design and image-editing. Whether you’re designing a business card or website or digitally enhancing an image, you can rest assured that Photoshop will give you the necessary tools to get the job done. In this article, we focus on tutorials on digital photography. You’ll find an assortment of top-notch tutorials that deal with applying post-production techniques and effects, color correction, enhancement and photo retouching. Without further ado, we present you with 50 Excellent Photoshop Tutorials for Digital Photography. Photo Effects HDR-Style Results Using Layers in Photoshop1Learn how to achieve HDR results in Photoshop using bracketed exposures during the production process and then Photoshop layers afterwards.

Vintage and Aging Photo Effect Tutorials – The Ultimate Round-Up Although the world is all about modernization these days, people still long for the touch of something aged, vintage and well, old! Old photographs always give you that sense of history and all the great memories that come along with it. They are our most immediate link to the past. Sometimes a photo would look very normal and boring, but when you apply the right filters and make the right adjustments, you end up with a great final output. I’ve been taking photos for quite some time now, and the truth of the matter is that people are simply drawn to that antique, vintage touch. Below are great tutorials that will help make any photo look old and vintage. Photoshop Tutorials The Aging Photo How to make a crisp digital photograph look like it was taken decades ago. Create An Aging (Old Photo Effect) in Photoshop How do we make an aging (old photo) effect to our photographs using Photoshop. Vintage Grunge Tutorial Old Photo, Vintage Effect Aging photos – quick and simple Retro Vintage Tutorial

PC World - Micro Express IFL9025 Review The Micro Express IFL9025 is the first laptop we've tested with Intel's new Penryn notebook processor. Its speed results set a new record, its battery life was quite good, and the machine is a deal at only $1199 (as of 12/13/07). The catch? Aside from Micro Express's perennially less-than-polished user documentation, there doesn't seem to be one. With this laptop, small offices and home offices can enjoy cutting-edge performance without bleeding green for once. The IFL9025 seemed to deliver on the promise of Penryn, which Intel says is faster and uses less power thanks to a new 45-nanometer manufacturing process and a new advanced power-management state. Only a handful of other laptops have scored in the nineties, and those were big portables equipped with desktop-class quad-core processors. Battery life was 3.8 hours, about 12 minutes longer than the average of 3.6 hours the same group of laptops achieved. --Carla Thornton