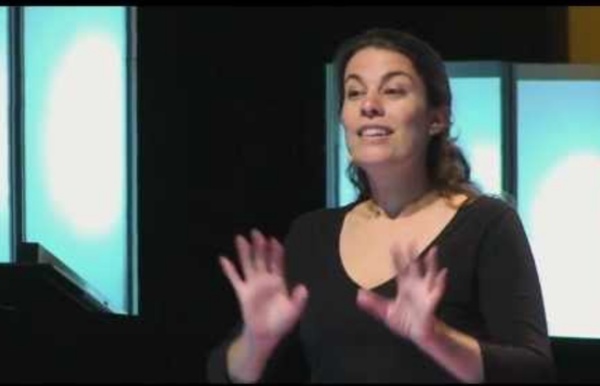 Five-Minute Film Festival: TED Talks for Teachers This week's announcement of a new initiative called TED-Ed caused a flurry of excitement about the new videos TED is creating to spread powerful lessons beyond the classroom walls. It's not just a new home for education-related TED videos; it's a call to action -- anyone can nominate an outstanding teacher or suggest a fantastic lesson, and the TED team will work with the educators chosen to record and then animate those lessons. You can already see the first few of these gems on the TED-Ed YouTube Channel. Though it can sometimes feel challenging to find twenty minutes to sit still in our multi-tasking lives, the videos below are worth it. Video Playlist: TED Talks for Teachers Keep watching the player below to see the entire playlist, or view this playlist on YouTube.

Sketchnoting In The Classroom - Verbal To Visual My name is Doug Neill, and here’s a bit of my background: In 2011 I received a Master of Arts in Teaching from Pacific University, with secondary certifications in Math, Science, and ESL.That same year I got pulled into the world of visual thinking and documented my skill development over at The Graphic Recorder.I launched Verbal To Visual in 2013 to help others develop their sketchnoting skills, and have built four courses to date: An Introduction To Visual Note-Taking, How To Make Sketchnote Videos, Sketchnoting In The Classroom, and Learn In Public. February 15th, 2017: Announcing the project! A New Look at Visual Thinking People who don’t think visually often have a hard time imagining the mental lives of those who do. By thinking, I mean conscious planning, problem-solving, imagining, and reminiscing. Most mental processes occur subconsciously, but my research focuses on the lived experience of thought that varies from one person to another. In an early study of visual mental imagery, Francis Galton found participants who did not consciously experience visual mental images. “They had a mental deficiency of which they were unaware,” he wrote, “and naturally enough supposed that those who affirmed they possessed it, were romancing” (Galton 1883, 85).

Manifesto We, the Doodlers of every nation, in order to form a more perfect world, establish semantic truth, promote whole-minded learning, provide for the struggling knowledge worker and student, enhance educational well-being, and secure the benefits of the Doodle for ourselves and our posterity, do ordain and establish this Manifesto for Doodlers everywhere. —Set Forth by the Founding Infodoodlers this 14th day of February of the Year 2011 to doodle (modern defn.): to dawdle; to draw something without thinking; to scrawl aimlessly; to make meaningless marks; to do something of little value, substance or import; to do nothing. Contrary to popular belief, THERE IS NO SUCH THING AS A MINDLESS DOODLE. The very act of creating a Doodle necessarily engages the mind. Doodling IS thinking, soldiers, it’s just thinking in disguise.

Interview: Zygmunt Bauman: “Social media are a trap” Zygmunt Bauman has just celebrated his 90th birthday and taken two flights from his home in the northern British city of Leeds to get to an event in Burgos, northern Spain. He admits to being tired as we begin the interview, but he still manages to express his ideas calmly and clearly, taking his time with each response because he hates giving simple answers to complex questions. Since developing his theory of liquid modernity in the late 1990s – which describes our age as one in which “all agreements are temporary, fleeting, and valid only until further notice” – he has become a leading figure in the field of sociology.

Sketchnotes: Tools and tactics for visual notetaking About the presenter: Matt Miller has taught for more than a decade, integrating technology to engage students and create unique learning experiences. He created the Ditch That Textbook blog, is a Google Certified Teacher and co-hosts a podcast on the BAM Radio Network. See inside Buckingham Palace as Google and YouTube take the public on a 3D tour Visitors can stand at the bottom of the grand staircase and, although not able to move, have an almost 360-degree view of the architectural wonder. They can also look down the picture gallery at the Old Masters such as Canaletto hanging on the walls, then turn around to see paintings behind them. Other highlights include tours of the lavishly decorated Green and White drawing rooms and the ballroom - where knighthoods and OBEs are presented by the Queen during investitures - all accompanied by a virtual tour guide. It follows similar "indoor Streetview" projects which have taken visitors inside the British Museum, Royal Shakespeare Company and galleries around the UK.

SketchNotes on Education – tips4teaching Feel free to download and share the range of SketchNotes on Educational topics. Share your educational sketchnotes on Twitter using the tag Supporting a trainee How I draw Sketchnotes in the Classroom: 10 Ideas to Get Started What if taking notes could put a smile on your students’ faces? Just imagine if you could get your kids excited about an exercise in higher-order thinking. Picture your students begging to take notes because it involves gel pens and doodles. Enter, sketchnotes in the classroom. The sketchnotes phenomenon is the brainchild of designer Mike Rohde, and it is rapidly spreading beyond the design world. Now we’re seeing sketchnotes in the classroom on a regular basis.

Visual Practice – G-log As a closet doodler most of my life I was enthralled to learn that note taking through drawing is not only a practice but an evidence-based accepted practice filled with amazing people working in the field. To take my visual notes I used to use an iPad & a pogo stylus but I’ve since moved to a Microsoft Surface. I’ve always used AutoDesk Sketchbook Pro on both devices. Sylvia Duckworth recommends ProCreate and I know lots of people who use Paper 53 Brushes. Sketchnotes: A Guide to Visual Note-Taking If you’re a visual learner with a passion for pens and paper, the sketchnote method is perfect for you. Sketchnoting combines traditional handwritten notes with drawings, symbols, and other creative elements. The result is an engaging map of ideas with clear visual cues. With sketchnotes, you can: