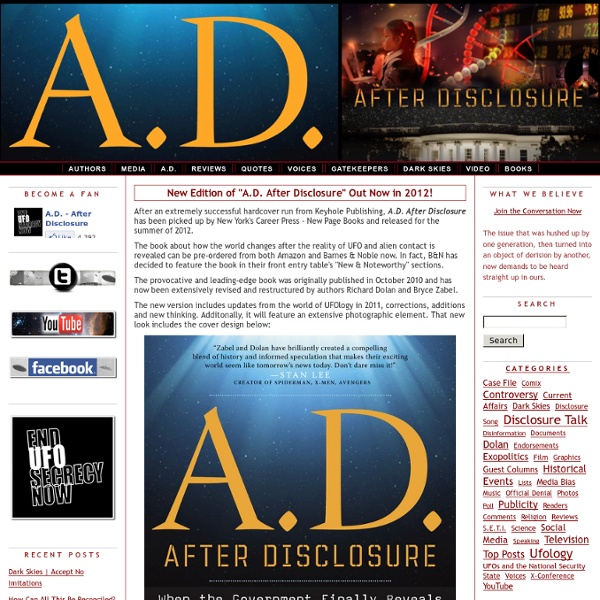 Inicio Stanley Fulham dies, warned ETs will intervene & save Earth’s collapsing ecology - Seattle exopolitics Former NORAD officer Stanley A. Fulham, author of the landmark book Challenges of Change, passed away on Sunday, December 19, 2010 at Riverview Health Centre, in Winnipeg, Manitoba, Canada. Stanley Arthur Fulham: April 16th, 1923 - December 19th, 2010 Please click here to read Mr. In honor of Mr. ET council: We will increase UFOs, address U.N. in 2014, renew ecology in 2015 October 23rd, 2010 10:20 pm PT In an exclusive, in-depth interview on Exopolitics Radio with Alfred Lambremont Webre, former NORAD officer Stanley A. At a solemn meeting, the Council of 8 decided to intervene with their technology to clean Earth’s atmosphere before an environmental collapse occurs on Earth, as has happened on many other inhabited planets with civilizations similar to our own. The Council of 8 did so, according to Mr. According to Mr. The Council of 8, according to Mr. This cleanup of the Earth’s atmosphere will, according to Mr. Mr. The Council of 8 According to Mr. Mr. Mr. Other experts such as Dr.

Freedom University 3 Very Large Objects In Space Flying To Earth - Canada ufo E.T. does not need to phone home anymore, someone, or something is on it’s way to earth. SETI Astrophysicist Craig Kasnov ( not to be confused with Craig Kasnoff ) has announced the approach to the Earth of 3 very large, very fast moving objects. The length of the "flying saucers" is in the range of tens of kilometers. Landing, according to calculations of scientists, should be in mid-December 2012. A few very large objects rapidly approaching the Earth - says SETI astrophysicist Craig Kasnov. 19 25 12 -89 46 03 - the first large object 16 19 35 -88 43 10 - a cylindrical object 02 26 39 -89 43 13 - the object as a circle The project participants are assured that the facilities are absolutely real, and the American space agency NASA is trying to conceal important information. None of these objects can be seen from the northern hemisphere. In any case, the only thing we can do now - wait for it - says Kasnov. - Soon celestial objects will be visible in a good telescope.

Wikipedia 'editors' censor Bilderberg's Nazi roots - and www.bilderberg-mirror.org.uk - The High Priests of Globalisation - Bilderberg Conferences - secret NATO/Mafia governmnent for transatlantic power elite Teutonic Templ National UFO Center | George Filer | Filer's Files Dedicated to 5 year old Georgie Filer V whose motto was Be Happy and Eddie Pedrick my grandsons who drowned The purpose of these files is to report the UFO eyewitness and photo/video evidence that occurs on a daily basis around the world and in space. These Files assume that extraterrestrial intelligent life not only exists, but my hypothesis is that the over a thousand UFOs reported each month represent technologically advanced spacecraft conducting surveillance of Earth. I personally became interested in UFOs when London Control ordered me to intercept one over England while flying for the US Air Force. Under Project Blue Book, the US Air Force investigated UFOs for more than twenty years; and we continue this research. Proposed McDonnell Douglas (UFO) Vehicle Research and Development Program, McDonnellDouglas F-15A McDonnell Douglas 25 June 1968 Document states, The vast majority of the (UFO) vehicle sighting reports indicates strong magnetic fields are generated by the vehicles.

La franc-maçonnerie, une secte religieuse, gouverne la France, le saviez-vous ??? infos - www.barruel.com 201002173333 | Prehistoric UFO and ET images found in remote cave in India This page is viewed 168321 times Rajasthan Times A group of anthropologists working with hill tribes in a remote area of India have made a startling discovery: Intricate prehistoric cave paintings depicting aliens and UFO type craft. The images were found in the Hoshangabad district of the state of Madhya Pradesh only 70 kilometers from the local administrative centre of Raisen. A clear image of what might be an alien or ET in a space suit can be seen in one cave painting along with a classical flying saucer shaped UFO that appears to be either beaming something down or beaming something up, in what might be an ancient UFO abduction scenario. Also visible is another object that might depict a wormhole, explaining how aliens were able to reach Earth. Local Archaeologist, Mr Wassim Khan, has personally seen the images. Add this page to your favorite Social Bookmarking websites Related News:

CROM.be - Le Centre de Recherches sur l'Ordre Mondial - dirigé par Joël Labruyère Ex-China Foreign Ministry Official says Extraterrestrials live among us Ex-China Foreign Ministry Official says Extraterrestrials live among us by Paul Chen Sun Shili shows off his drawings of extraterrestials in human guise. In the industrialized West, there evolved the prevailing Pseudo-religious dogma that human beings are at the centre of 'G-d's creation in the universe'. This dogma is the ideological motivation behind the on-going de-legitimization of the verfiable contact that people have had with Extraterrestrials (ETs). This apparent dogma has become the modern equivalent of the corresponding dogma, that "the world is flat", which Church and other elites centuries ago used to champion. 'Dogma' is a system of obfuscations, propaganda and related ideology, which elites present as "truth", with the aim to maintain social control, and toexpand their own hold on power. reports that China has a record number of UFO scientific and community-based organizations. Only professional scientists and engineers are allowed members in the Society.

Signs of the Times News for Mon, 11 Jul 2011 DULCE NEW MEXICO--WHAT WE &quot;KNOW&quot;--MAYBE THE FOLLOWING MATERIAL COMES FROM PEOPLE WHO KNOW THE DULCE (UNDERGROUND) BASE EXISTS. THEY ARE PEOPLE WHO WORKED IN THE LABS; ABDUCTEES TAKEN TO THE BASE; PEOPLE WHO ASSISTED IN THE CONSTRUCTION; INTELL PERSONAL (NSA, CIA, FBI etc.). THIS INFORMATION IS MEANT FOR THOSE WHO ARE SERIOUSLY INTERESTED IN THE DULCE BASE. FOR YOUR OWN PROTECTION, "USE CAUTION" WHILE INVESTIGATING THIS COMPLEX, even on the net. An ongoing investigation: "THE DULCE BASE" by Jason Bishop III This facility is a "GENETICS LAB" and is connected to Los Alamos via a "Tube-Shuttle." In the revised September 1950 edition of "THE EFFECTS OF ATOMIC WEAPONS" prepared for and in cooperation with the U.S. On page #381: "There are apparently no fundamental difficulties in construction and operating underground various types of important facilities. CAUGHT IN THE GAME -- Centuries ago, "surface people" (some say, Illuminati) entered into a pact with an "Alien Nation" (hidden within the Earth). WHOSE PLANET IS THIS? The U.S.