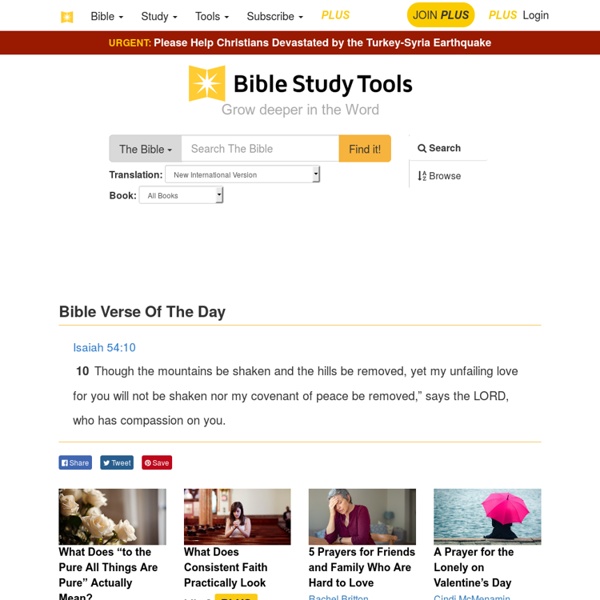 Together Online Parallel Bible Bible Study Tools Online – Verses, Commentaries, Concordances, Verses, Parallel Versions a tenor forJESUS Most people think that if these discoveries were legitimate then surely they would have hit the major news networks. However, if we remember, there is an angel by the name of satan who is the god of this world and the lord of the companies that run the media. The discoveries have from time to time been on the news but soon God will overrule and the message will cover the whole earth in days. So take some time to look at this website and weigh up for yourself if you think that the information is true. Hit this link to see an explanation by Ron Wyatt as to why the blood of CHRIST had to fall onto the Mercy Seat of the Ark of the Covenant. Ron Wyatt was told the timing for when the the Ten Commandments will be shown to the world. Perhaps the most important verse of scripture, with regard to current world events. *Note if you find the text of this site too small.

In the Beginning: Bibles Before the Year 1000 The Bible has been called the best-selling book of all time, though the term itself comes from biblia, Greek for a collection of books. The Bible developed gradually, over many centuries, as the result of cultural interaction and exchange among many different societies. Over time, some texts were accepted as part of the canon of belief, while others were excluded as apocryphal and heretical. Out of this rich diversity and cultural complexity emerged the modern Bible. In the Beginning: Bibles Before the Year 1000 tells the story of this formative period. From fragile fragments of papyrus and humble early parchment codices to resplendent illuminated manuscripts, In the Beginning presents the physical evidence of the earliest versions of both Bible and book. The quest to discover ancient biblical manuscripts The Christian concept of the Bible was established long before many of its earliest materials were discovered in the Middle East.

The 12 Disciples of Jesus There are 2 different versions of the Disciples for you to choose from: (But the outside top cover, song, Jesus and initials are the same) The original idea for this project was found on Pinterest (☺). Sunday School Kids created the original project (as far as I know). I wanted to print mine in color, so I made these. The Disciples are here in color: (Clipart by Logos Bible Clips. Print the Disciples song here: For the inside, I wanted this in color, so I printed the 12 Disciples song for the top, and printed the first letter of each name and used a small circle punch to cut out. Here are the initials for the Disciples: Bible Verse: Then Jesus said to them, “Follow Me, and I will make you become fishers of men.” Scripture: Mark 1:1:14-20; John 1:35-51 Additional Scripture: Matthew 10:1-8; Mark 3:13-19; Luke 6:13-16 This week Jesus is going to pick out His helpers. The Disciples included three sets of brothers: (CB 4-1) First is (2) Andrew and (4) John. Fishing boat visual for Disciples

Premier Christian Radio Constantinian shift Battle of the Milvian Bridge, Raphael, Vatican Rooms. The artist depicted the troops of Constantine bearing the labarum. Constantinian shift is a term used by Anabaptist and Post-Christendom theologians to describe the political and theological aspects of the 4th-century process of Constantine's legalization of Christianity.[1] The term was popularized by the Mennonite theologian John H. Historical context[edit] In 313 the Edict of Milan legalised Christianity alongside other religions allowed in the Roman Empire. Towards the end of the century, Bishop Ambrose of Milan made the powerful Emperor Theodosius I (reigned 379–95) do penance for several months after the massacre of Thessalonica (390) before admitting him again to the Eucharist. Theological implications[edit] Critics point to this shift as the beginning of the phenomenon known as Caesaropapism. See also[edit] References[edit] Jump up ^ Clapp, Rodney (1996). Further reading[edit] External links[edit]

Bible The Bible (from Koine Greek τὰ βιβλία, tà biblía, "the books") is a canonical collection of texts considered sacred in Judaism and Christianity. There is no single "Bible" and many Bibles with varying contents exist.[1] The term Bible is shared between Judaism and Christianity, although the contents of each of their collections of canonical texts is not the same. Different religious groups include different books within their Biblical canons, in different orders, and sometimes divide or combine books, or incorporate additional material into canonical books. The Hebrew Bible, or Tanakh, contains twenty-four books divided into three parts: the five books of the Torah ("teaching" or "law"), the Nevi'im ("prophets"), and the Ketuvim ("writings"). Christian Bibles range from the sixty-six books of the Protestant canon to the eighty-one books of the Ethiopian Orthodox Church canon. Etymology An American family Bible dating to 1859. Development Professor John K. Timothy H. Hebrew Bible Torah Nevi'im

Great Apostasy Antichristus, a woodcut by Lucas Cranach of the pope using the temporal power to grant authority to a generously contributing ruler The Great Apostasy is a term used by some religious groups to describe a perceived fallen state of traditional Christianity, especially the Roman Catholic Church, because they claim it allowed the traditional Greco-Roman mysteries and deities of solar monism such as Mithras and Sol Invictus and idol worship into the church. In short, in their opinion, the church has fallen into apostasy.[1][2] They feel that to attract the pagans to nominal Christianity, the Catholic Church took measures to amalgamate the Christian and pagan festivals [3] so pagans would join the church; for example, bringing in the pagan festival of Easter as a substitute for the Pasch or Passover, although neither Jesus nor his Apostles enjoined the keeping of this or any other festival.[4][5] Overview[edit] Some modern scholars[who?] Protestant views[edit] Reformed perspective[edit]

Elijah Bible Crafts Christian Preschool Printables Search By Theme Search Top Sites Free Printable Bible Games for your Homeschool, Sunday School, Outreach program or Missionaries. Most of our games can be played along as a memory game or within small group settings. Philippians 4:19 Bible Verse Printables"God will meet all your needs" is a great bible verse to learn alongside bible lessons on God's provision for all his children. Elijah and King AhabElijah knows that God is the One Almighty God. Fire From Heaven CraftPrint up this sheet for children learning about how God sent fire from heaven to light the alter that Elijah was praying over. Sweet Chariot MinibookThis is a printable minibook that goes through the song "Sweet Chariot" for children to learn. Elijah Fed by Ravens CraftThis is a simple craft children can color and complete during your Sunday School Lesson.