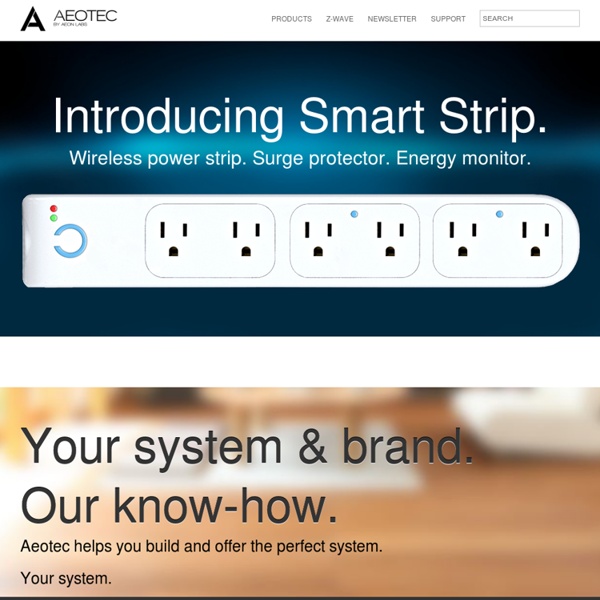 Firmware Flash Vera2 Prerequisites YOU NEED TO FOLLOW THIS TUTORIAL ONLY IF YOUR VERA2 UNIT IS NOT BOOTING ANYMORE, THIS MEANS THAT WHILE BEING CONNECTED TO THE INTERNET/YOUR NETWORK ON THE ETH1 PORT, THE POWER LED IS ORANGE AND OTHER LEDS ARE GREEN WITH THE EXCEPTION OF ETH1 and ZWAVE WHICH ARE OFF FOR MORE THAN 30 MINUTES !The upgrade tool is only tested in Windows XP, it will not work with Windows Vista. livebox:hah [DBZoo] Navigate to the top level page for more information about all the components of this system. The Home Automation Hub (HAH) Project transforms the Livebox into one of the most capable and affordable Home Automation systems that you might imagine. The following features were proven to make this project a winner: Open control protocol (xAP) Input sensing (upto 4 switch inputs) as well as output driving (upto 4 relays) User scripting language for customisation of operation Cheap to run. Only uses 6 Watts of power Solid operation - not prone to hangups Gets its IP address via DHCP or STATIC Remote firmware 'auto-updates' Configuration not lost on 'hard' reset Makes a great solar PV controller

Risks and challenges We have 3rd generation prototypes assembled and tested, and they are performing really well. We do need to make a few low-risk tweaks for production, but have component sourcing and manufacturing capacity arranged. Our team is experienced in the issues of design for manufacture, PCB fabrication, assembly and test, having many years of experience at an international level. We have 3D printed prototypes of our custom covers which will be laser-cut, but this a low-risk item. Also considered low-risk is the ability to source LiPo batteries and radio modules in volume. knx touch panel In today’s world, many people are investing more and more in their residences, in an attempt to create a comfortable environment to come home to. EIB / KNX “Smart Homes” (equipped with EIB / KNX Home Automation Systems) are at the forefront of these efforts. However, until recently the problem has remained, how to conveniently and aesthetically control these “Smart Systems” and how to integrate external system such as Audio, Video, HVAC Intercom, Alarm systems and smart phones.and have the same user fraindly GUI on inwall touch screen, ipad / iPhone and web interface ? CD Innovation comes to the rescue with a new line of products - The Maestro series.

Harmony Home Automation Server Harmony CBUS Interface Module C-Bus is a microprocessor-based control and management system for Buildings and Homes. It is used to control lighting and other electrical services such as pumps, Audio Visual Devices, Motors, etc. Harmony Dupline Interface Module Dupline is an advanced central control system. It can perform various intelligent control and network functions and at the same time operate as an interface to a PC via its Ethernet network connection. Harmony Rako Interface Module Rako modules use radio signals to communicate, eliminating the need for extra wiring.

First Click: Amazon, not Apple or Google, holds the key to the smart home I have been waiting and waiting and waiting for the age of home automation to arrive for most of my life. I took the first step towards a smart home about 8 years ago when I installed a handful of Z-Wave light switches and sensors. I’ve been using Sonos speakers to stream audio into every room of my house for about six years. I’ve watched with unyielding interest over the last year as Google, Apple, Microsoft, and Samsung all embraced home automation, but I’ve only recently discovered the product that will take it mainstream: Amazon’s Echo — a Trojan Horse that can also order Trojans. HomeVision Home Automation Controller Imagine controlling your entire home with a hand-held remote while watching TV. View a complete system interface on your TV screen. Or from a web browser anywhere in your home (or in the world).

LagartoMAX - panstamp - Documentation wiki and source code Lagarto-MAX is a lagarto process which receives, resends and processes events transmitted from any lagarto server running on the same IP network. Lagarto-MAX is a key piece into the lagarto architecture since it's able to integrate real values belonging to different networks and present them to the user in a homogeneous way. Moreover, being user-programmable, Lagarto-MAX can take decisions based on time or network events.

NirCmd - Windows command line tool See Also NK2Edit - Edit, merge and fix the AutoComplete files (.NK2) of Microsoft Outlook. Description NirCmd is a small command-line utility that allows you to do some useful tasks without displaying any user interface. By running NirCmd with simple command-line option, you can write and delete values and keys in the Registry, write values into INI file, dial to your internet account or connect to a VPN network, restart windows or shut down the computer, create shortcut to a file, change the created/modified date of a file, change your display settings, turn off your monitor, open the door of your CD-ROM drive, and more...