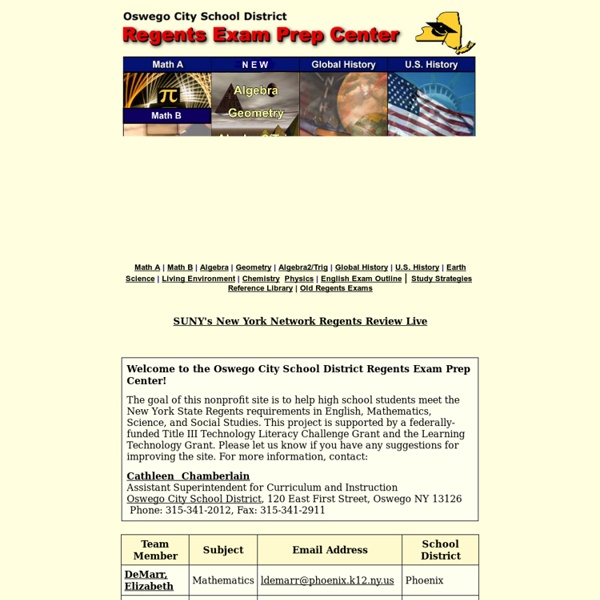 Pygame 3D Graphics Tutorial Our wireframe object is currently defined by a list of Node objects and a list of Edge objects, which hopefully makes things easy to understand, but it isn't very efficient. That's not a problem if we're just making cubes, but will be if we want to create more complex objects. In this tutorial, we will: Invitation to World Literature Greek, by Euripides, first performed in 405 BCE The passionate loves and longings, hopes and fears of every culture live on forever in their stories. Here is your invitation to literature from around the world and across time. Sumerian, 2600 BCE and older Turkish, by Orhan Pamuk, 2000 Greek, by Homer, ca. eighth century BCE Greek, by Euripides, first performed in 405 BCE Sanskrit, first century CE Japanese, by Murasaki Shikibu, ca. 1014 Chinese, by Wu Ch'êng-ên, ca. 1580 Quiché-Mayan, written in the Roman alphabet ca. 1550s French, by Voltaire, 1759 English, by Chinua Achebe, 1959 Spanish, by Gabriel García Márquez, 1967 English, by Arundhati Roy, 1998 Arabic, first collected ca. fourteenth century

Learning To Program Each of the sessions with the students consists of one or more lessons. Each of the sessions below present you with the handouts for the lessons and some discussion of how to teach that section of the course. When printing these lessons for students you may wish to change the zoom factor of the page size by selecting page setup for your browser. FOR3_1.html 3.3 Pseudocode and Flowcharts Good, logical programming is developed through good pre-code planning and organization. This is assisted by the use of pseudocode and program flowcharts. Flowcharts are written with program flow from the top of a page to the bottom. Flowchart Diagrams : Detailed Tutorial Farshadoo > Information Center > Tutorials Flow charts are one of most famous diagrams used to show programs and processes. Sometimes flowcharts are partitioned into 4 groups :

How to create a presentation: 10 free tools Whether you're giving a talk or pitching to a client, attractive presentations are vital in communicating complex information, ideas and concepts to general audiences in a simplified manner. But the secret of how to create a presentation that engage the audience immediately requires a combination of different presentation and graphic tools. Here we've shortlisted 10 of the best free apps to help you discover how to create a presentation that will blow them away... 01. Prezi Prezi is a stylish online presentation creation tool that lets you use images, videos, objects or simple text, and animate them using a wide range of effects. Use Active Recall If You Don’t Want to Blank on Exams Using active recall is the best way to learn material faster and remember it longer A lot of my students at one point in time have asked me something along these lines: “What should I do to prepare for my exams – read over my notes again, listen to the lectures online again, rewrite all my notes, read the book again?” To all of which my response is always “No, no, no and no.” Most students, despite spending a huge portion of their day studying, haven’t tried to figure out what study methods are most effective. Even if they can find a way to learn something 10% faster, say in 27 minutes instead of 30 minutes, this 10% boost in efficiency will save hundreds of hours of study time over the course of a year. What if you could cut study time by 20%?

Building Spelling Skills Building Spelling SKills Book 1, Second Edition, Grade 1 Christian Liberty Press / 2011 / Trade Paperback $7.49 Retail: $10.00 ($2.51) Save 25%3.5 Stars Out Of 5 2 Reviews Availability: In Stock CBD Stock No: WW325701 More Gothic Writing: Capital Gothic Letters A-Z The CAPITAL gothic writing tutorial below is presented from A-Z – assuming you already know how to manipulate a calligraphy pen for lower-case gothic letters. If not, you may want to try out some of the other Gothic pages first ... Helpfully, the following particular gothic alphabet contains many similar forms, so once you've learned one letter, chances are you'll find others easier. Useful info about gothic majuscules TEACHERS.NET GAZETTE - Teachers.Net Gazette provides news from Teachers.Net direct to teachers around the world. Teachers.Net features 24 hour discussions with teachers around the globe. Early childhood chatboard primary elementary chatboard upper element Chatboard Poll: What's Your Favorite Mnemonic? Teachers.Net asked readers: We all remember memory tricks, rhymes and expressions taught to us to help remember grammar rules, spelling, order in a series, and so forth. For example, I will always remember a teacher stating "Emma the dilemma" to help drill in the spelling for this small but elusive word. Which learning mnemonics stand out in your mind, and which do you use in your classroom today?