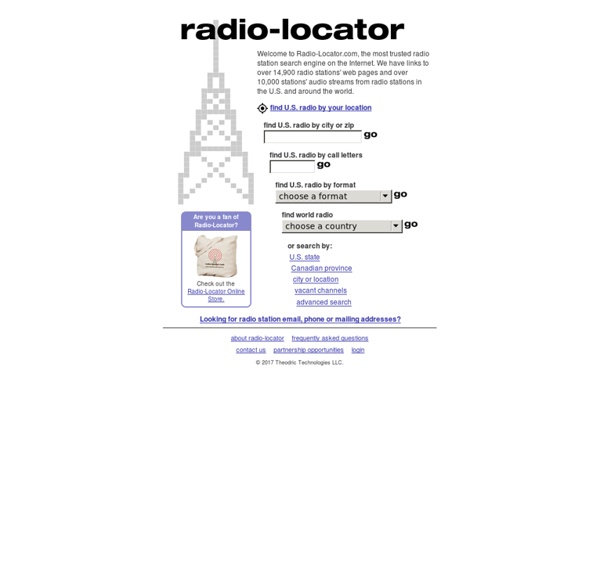 Playlist - The Perfect House Party Playlist: Pre-Drunk Rock To Hip Hop The name pretty much says it all. If you have a house party, this is perfect. You start the list around 9-10ish before people get any spirits in them and the party is bustling. The name pretty much says it all. It's perfect for house parties and is set for a party timeframe. Furthermore, most people will recognize the songs on the list, but it gives you some sense of taste in that you're not simply playing the modern pop songs from hip hop and rock. [-]

Music search engine, find and download 21 awesome tracks made with modular synths It’s Modular Synth Day on FACT! We’re marking the first birthday of our Make Music section with a celebration of modular synths, the artists that patch with them and they music they make. Find it all here. Enjoy a playlist made up of awesome music from 21 of our favorite modular synth artists from across the past 50 years, including Suzanne Ciani, Morton Subotnick, Caterina Barbieri and Robert Aiki Aubrey Lowe. The ratio of modular synth gear sold to music made on it that’s actually released is probably lower than for any other method of making music. Since the first modular synths were created by Bob Moog and Don Buchla in 1963 though, there’s been plenty of officially released music made with the technology. Below is a selection of tracks from some of the best and most prolific modular synth artists of the past 50 years, covering early Buchla experiments, ambient, IDM, and club-ready techno made with cutting-edge Eurorack gear. Tangerine Dream – ‘Rubycon Pt. 1’ (Virgin, 1975)

Tutorial - Recording audio playing on the computer This tutorial outlines solutions for recording audio playing on the computer, (for example, audio being streamed from an internet web site). How or if you can do this depends on your computer operating system, your sound card and its drivers. Generally, it is better to extract or import audio from CDs, DVDs or existing video or audio files than record them as they play. Recording from an analog sound card is relatively inexact and lossy because the digital source is converted to analog to play it, then back to digital to record it. Step 1: Set up devices to capture computer playback This is often the hardest part of the overall task, being dependent on your computer operating system and sound card. This section of the tutorial shows how to find a suitable sound card input for recording computer playback, with workarounds if such an input is not available. Step 2: Turn Software Playthrough off Software Playthrough must be turned off when recording computer playback. in Transport Toolbar.