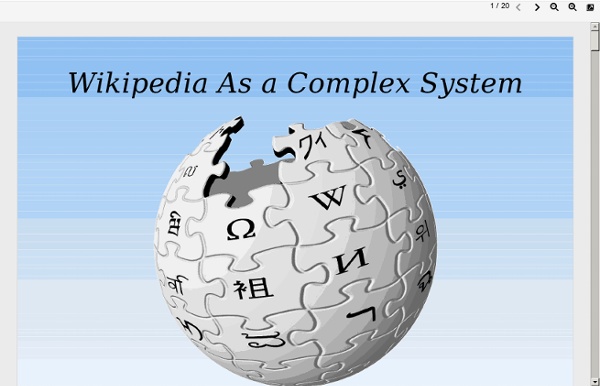 The human microbiome: Me, myself, us WHAT’S a man? Or, indeed, a woman? Biologically, the answer might seem obvious. A healthy adult human harbours some 100 trillion bacteria in his gut alone. And it really is a system, for evolution has aligned the interests of host and bugs. That bacteria can cause disease is no revelation. A bug’s life One way to think of the microbiome is as an additional human organ, albeit a rather peculiar one. The microbiome, too, is organised. Specialised; but not monotonous. That detail is significant. This early nutritional role, moreover, is magnified throughout life. The fat of the land This role in nutrition points to one way in which an off-kilter microbiome can affect its host: what feeds a body can also overfeed or underfeed it. Experiments on mice suggest this is not just a question of the bacteria responding to altered circumstances. Having shown that gut bacteria are involved in obesity, Dr Gordon wondered if the converse was true. The diabetes in question is known as type-2.

The home of stigmergic systems Think Complexity by Allen B. Downey Buy this book from Amazon.com. Download this book in PDF. Read this book online. Description This book is about complexity science, data structures and algorithms, intermediate programming in Python, and the philosophy of science: Data structures and algorithms: A data structure is a collection that contains data elements organized in a way that supports particular operations. This book focuses on discrete models, which include graphs, cellular automata, and agent-based models. Complexity science is an interdisciplinary field---at the intersection of mathematics, computer science and physics---that focuses on these kinds of models. Free books! This book is under the Creative Commons Attribution-NonCommercial 3.0 Unported License, which means that you are free to copy, distribute, and modify it, as long as you attribute the work and don't use it for commercial purposes. Download the LaTeX source code (with figures and a Makefile) in a zip file.

Biological system design From the CD-ROM "Concepts and strategies" by Peter Small Modular route to complexity The ideas for creating stigmergic systems for the Web originated during the writing of the two books Lingo Sorcery and Magical A-Life Avatars (written for multimedia designers who wanted to learn how to use lists and objects). The central theme of these books was to show how object oriented programming techniques can be used to develop products that went beyond a developer's imagination. It was found that designing systems in this way, resulted in productions that went not only beyond the designer's imagination, but also beyond the designer's ability to comprehend the growing complexity that begins to emerge. It soon became clear that we were dealing with something far more exciting than mere computer programming; we were entering the esoteric world of chaos and complexity theory. Amazingly, this did not lead to the design of large, complicated programs. Objects Understanding objects Creating a new generation

Intelligent Complex Adaptive Systems I don’t believe in the existence of a complex systems theory as such and, so far, I’m still referring to complex systems science (CSS) in order to describe my research endeavours. In my view, the latter is constituted, up until now, by a bundle of loosely connected methods and theories aiming to observe— from contrasted standpoints—these fascinating objects of research called complex adaptive systems. Nearly 40 years after Von Bertalanffy’s General System Theory (1968) and Jacques Monod’s Chance and Necessity (1971), it is fair to look back and to try to assess how much remains to be said about these complex adaptive systems. After all, Prigogine’s Order out of Chaos (1984) already demonstrated that future wasn’t entirely predictable in a history- contingent world. The universe is a massive system of systems -- for example, ecological systems, social systems, commodity and stock markets.

Acta Astronautica - Stigmergy based behavioural coordination for satellite clusters Abstract Multi-platform swarm/cluster missions are an attractive prospect for improved science return as they provide a natural capability for temporal, spatial and signal separation with further engineering and economic advantages. As spacecraft numbers increase and/or the round-trip communications delay from Earth lengthens, the traditional “remote-control” approach begins to break down. An autonomous group of spacecraft requires coordination, but standard terrestrial paradigms such as negotiation, require high levels of inter-spacecraft communication, which is nontrivial in space. After outlining the system, an analysis of some crucial parameters such as communications overhead and number of spacecraft is presented to demonstrate scalability. Keywords Stigmergy; Satellite cluster; Autonomy; Distributed; Coordination; Task allocation Copyright © 2009 Elsevier Ltd.

Complex systems made simple Albert-László Barabási and Yang-Yu Liu, together with their collaborator Jean-Jacques Slotine at M.I.T., have developed a method for observing large, complex systems. In the image above, red dots represent sensor nodes, which are required to reconstruct the entire internal state of one such system. Image by Mauro Martino. Just as the name implies, com­plex sys­tems are dif­fi­cult to tease apart. But that may not matter any­more. The approach takes advan­tage of the inter­de­pen­dent nature of com­plexity to devise a method for observing sys­tems that are oth­er­wise beyond quan­ti­ta­tive scrutiny. “Con­nect­ed­ness is the essence of com­plex sys­tems,” said Albert-​​László Barabási, one of the paper’s authors and a Dis­tin­guished Pro­fessor of Physics with joint appoint­ments in biology and the Col­lege of Com­puter and Infor­ma­tion Sci­ence. Using their novel approach, the researchers first iden­tify all the math­e­mat­ical equa­tions that describe the system’s dynamics.

Stigmergic Cognition All things stigmergy Special Issue of Cognitive Systems Research Join the Linkedin Stigmergy group: Agents interact with others and their environment to circumvent cognitive limitation. Stigmergy is a property supervening on informational amplification and decay in complex adaptive social environments, environments that have sets of “search space” constraints. Though the concept of stigmergy has been associated with ant- or swarm-like “agents” with minimal cognitive ability, stigmergy offers a powerful analytical tool to be deployed in the human domain. • A context or environment: o Comprised by an indefinite number of local environments o Only partially perceivable through an internal dynamics that govern its temporal evolution • Agents: o There are a multiplicity of agents populating with no one individual or clustering of individuals having global knowledge o Rationality is bounded o Behavior is self-organized o Behavior is stochastic o Behavior is dynamical Like this: Like Loading...

Observability of complex systems Author Affiliations Edited by Giorgio Parisi, University of Rome, Rome, Italy, and approved December 26, 2012 (received for review September 6, 2012) Abstract A quantitative description of a complex system is inherently limited by our ability to estimate the system’s internal state from experimentally accessible outputs. Footnotes Author contributions: Y. The Desktop Regulatory State Morphological analysis (problem-solving) Morphological Analysis or General Morphological Analysis is a method developed by Fritz Zwicky (1967, 1969) for exploring all the possible solutions to a multi-dimensional, non-quantified complex problem.[1] General Morphology was developed by Fritz Zwicky, the Bulgarian-born, Swiss-national astrophysicist based at the California Institute of Technology. Among others, Zwicky applied Morphological Analysis (MA) to astronomical studies and the development of jet and rocket propulsion systems. As a problem-structuring and problem-solving technique, MA was designed for multi-dimensional, non-quantifiable problems where causal modeling and simulation do not function well, or at all. Consider a complex, real-world problem, like those of marketing or making policies for a nation, where there are many governing factors, and most of them cannot be expressed as numerical time series data, as one would like to have for building mathematical models. Ritchey, T. (1998).

biologist and computer scientist discover the 'anternet' | School of Engineering A collaboration between a Stanford ant biologist and a computer scientist has revealed that the behavior of harvester ants as they forage for food mirrors the protocols that control traffic on the Internet. On the surface, ants and the Internet don't seem to have much in common. But two Stanford researchers have discovered that a species of harvester ants determine how many foragers to send out of the nest in much the same way that Internet protocols discover how much bandwidth is available for the transfer of data. The researchers are calling it the "anternet." Deborah Gordon, a biology professor at Stanford, has been studying ants for more than 20 years. "The next day it occurred to me, 'Oh wait, this is almost the same as how [Internet] protocols discover how much bandwidth is available for transferring a file!'" Harvester ants. It turns out that harvester ants (Pogonomyrmex barbatus) behave nearly the same way when searching for food.

Six degrees of separation Six degrees of separation. Early conceptions[edit] Shrinking world[edit] Theories on optimal design of cities, city traffic flows, neighborhoods and demographics were in vogue after World War I. These[citation needed] conjectures were expanded in 1929 by Hungarian author Frigyes Karinthy, who published a volume of short stories titled Everything is Different. As a result of this hypothesis, Karinthy's characters believed that any two individuals could be connected through at most five acquaintances. A fascinating game grew out of this discussion. This idea both directly and indirectly influenced a great deal of early thought on social networks. Small world[edit] Milgram continued Gurevich's experiments in acquaintanceship networks at Harvard University in Cambridge, Massachusetts, U.S. Milgram's article made famous[7] his 1967 set of experiments to investigate de Sola Pool and Kochen's "small world problem." Continued research: Small World Project[edit] Research[edit] Computer networks[edit]