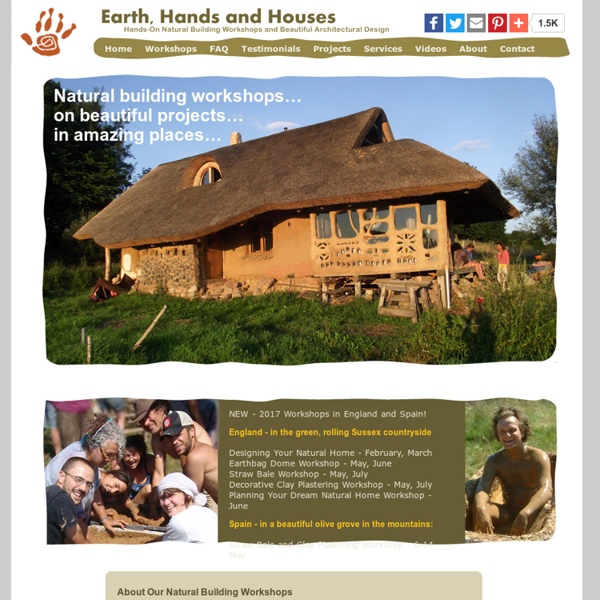 Natural Building Network Student Constructs Complete Apartment of 75 ft² 552 Flares Twitter 12 Facebook 335 Reddit 1 StumbleUpon 198 LinkedIn 2 inShare2 Google+ 4 552 Flares × There’s a kitchen, bathroom, laundry room, and even a patio Since 2000, China’s cities have expanded at an average rate of 10% annually. It is estimated that China’s urban population will increase by 400 million people by 2025, when its cities will house a combined population of over one billion. That limitations can actually boost creativity is shown by the Chinese architecture student who designed this 75 ft² wooden house (23 m²) Source: Imgur, Wikipedia smart architecture, prefabricated houses china, architecture china photos (20 votes, average: 4.80 out of 5) Our sacred values vs. mining pollution - Minnesota Women's Press - St. Paul, MN What is sacred to you? And does Minnesota's failure to control sulfates and other mining pollution damage what you hold most precious? For the Ojibwe people, natural wild rice (manoomin) is sacred. Wild rice is an integral part of culture, connecting the people and their Creator. For doctors across our state, health in their communities is sacred. For many Minnesotans, the Boundary Waters, Lake Superior and nearby rivers and streams are a sacred legacy that sustains life itself. Although I'm not Ojibwe, as a daughter, mother and grandmother, wild rice is part of my family's holiday tradition of cooking with love. I've worked for six years with WaterLegacy, an organization that protects clean water and wild rice in Northern Minnesota. Mining permits often excuse industries from meeting pollution control standards. Undue mining industry influence prevents the enforcement of Minnesota's legal rule that should protect wild rice from sulfate pollution. Got a leadership story?

Index » The StrawBale.com Green Building Resource Center | StrawBale.com Looking for local builders, plasterers, architects, contractors, and designers who specialize in straw bale and other natural building techniques? Search our resource center by clicking one of the links on the right or below. If you don’t find what you are looking for please click on one of the Google Ads, which are located on each page. Want to be listed in our strawbale.com Green Building Resource Center? We will give you a basic listing in the resource center absolutely freeClick here for more details. Green Building Trade and Supply Locator Straw Bale Builders or ContractorsPlasterers and plastering resources Architects or DesignersGreen building resources and suppliers Structural EngineeringInsurance State/Province Locator

Essential Outdoor Survival Skills - Farm And Garden Years ago, I led wilderness expeditions for college students, and then later for troubled youth. As we taught the participants, my colleagues and I could see that some were able-bodied students, some struggled along the trail, and some would not fare so well if a true survival situation ever occurred while on their own. But regardless of your physical state, knowing a few basic outdoor survival skills gives you an edge if a survival situation were to ever arise. It is far better to know such skills and not need them, rather than the other way around. Our greatest tool More than anything else, survival in the outdoors is directly linked to common sense and awareness of self, others, and the surrounding environment — train your brain to help you out. Building a fire Learn to build a fire correctly on the first try — as you may not get a second chance. Three essentials to building a fire are heat, fuel and oxygen. Tinder is material that readily ignites. Shelter Stay hydrated Emergency signals

Building A House On A Hill: A Guide Building a house on a hill is the best way to take advantage of your view, but can be a costly and complecated project. While the visual impact of your home is sure to be stunning, you need to consider many other building aspects before you begin. A house on a hill must be carefully planned. Building Codes First check with your municipality about the regulations and codes in the area you plan to build. Access to Utilities and Road Another important factor is whether or not there is access to utilities services. Test the Ground You will need to order an examination of the soil to test the stability of the ground to make sure it can support a house. Outdoor Protection If you are planning your house at a high elevation, there may be considerable exposure to the elements. Foundation Hire a structural engineer to design the structure, including the foundation. Get Estimates If you choose to go ahead with construction, try to hire a contractor that has done this kind of building before.

10 Homes Built from Straw | green-building Written by Ryan Hollitz | 19 December 2009 Posted in Blog - Green Building New building materials could really make your house green from the ground up! Straw! via [thedailygreen.com] In the classic story of the Three Little Pigs‚ a naive piglet decides to build his home out of straw, which soon gets the huff and puff treatment by a big bad wolf, resulting in the poor little pig's untimely end. Many may wonder why a person would want to build a home made out of straw, but apart from providing a place to hide from the big bad wolf, they have some substantial benefits. Read on to discover just how right that first little pig was to build his home out of straw. Photos: Brett Weinstein/Realty Advocates 1. This unique, beautiful straw bale home in Oakland, California recently carried a $1.1 million price tag. Photo: JD Peterson 2. This gorgeous home, perched on owner Henry Siegel's 2 1/2-acre leafy lot, offers panoramic views and cozy comfort. Photo: University of Bath 3. 4. 5. 6. 7. 8. 9.

Greenpeace to Bid For Germany Coal Plants, Mines The environmental activist group Greenpeace announced Tuesday that it plans to buy four coal-fired power plants and their corresponding mines in eastern Germany so it can shut them down and prevent the mines from being expanded. Swedish power company Vattenfall, wholly owned by the Swedish government, currently owns the lignite (also called brown coal) plants and mines that Greenpeace said it will attempt to purchase. “Vattenfall and the Swedish government must take responsibility for their emissions also outside the Swedish borders. If they don’t do it, we must take action,” Annika Jacobson, Greenpeace Sweden’s program manager, said in a press release Tuesday. “The Swedish government cannot contribute to an acquisition by a buyer that would continue to burn enormous amounts of coal. Vattenfall did not reply to Al Jazeera’s request for comment by the time of publication.

The 7 Most WTF Houses People Actually Live In #3. The Australian Spinning Carousel House Everingham Rotating House This is one you really need to see in motion to appreciate. One day, Luke and Debbie Everingham were visiting the new home of some friends, and the owners lamented how they wished they could reorient their house a smidge to the north. Yup, they built a house that spins around like a carnival ride (without having to build a guest house for a small army of carnies). The main floor of the octagonal house holds the bedrooms and bathrooms in the outer circle, with the kitchen toward the middle. Everingham Rotating HouseIt gets terrible gas mileage, though. The cost of rotating amounts to a single Australian dollar a week. #2. Home Designing The good folks at IDHC aren't totally off their collective rockers on this, though. i-domehouse.com i-domehouse.comWhich are the only types of parties you can have inside a giant tit. Each of the units is pretty small by itself, with only about 475 square feet of floor space. EcoNote #1.

Being Somewhere - Low Impact Living Pawpaws: America's Best Secret Fruit This wild fruit is worth tracking down. [Photographs: Samara Linnell] If you're lucky, America's best secret fruit might be growing on a tree close to your backyard. Or perhaps a county or two away. Finding it takes effort, but it's rejuvenating effort. What Are Pawpaws, Anyway? A pawpaw's flavor is sunny, electric, and downright tropical: a riot of mango-banana-citrus that's incongruous with its temperate, deciduous forest origins. Pawpaw trees, the largest edible fruit trees native to North America, produce greenish-blackish fruit, usually three to six inches long. A pawpaw is a homely, unassuming thing on the outside; it's possible to unwittingly pass a tree laden with half a dozen of the things. Pawpaws grow from the Great Lakes down to portions of the Florida Panhandle. But the more industrialized our country became, the less relevant pawpaws were. But currently there's a groundswell, a pawpaw renaissance. How to Get Your Hands on Pawpaws Your options are grow, buy, or forage.

Sustainable Living Skills: Stone Masonry, Log House, Alternative Construction. Build your own home! Building on a Budget "Our house may look expensive, but the reality is that we only have about $10 a square foot into it. The whole house cost about as much as the average new car. Yet I have seen some million dollar homes that looked like junk. Appearance, like energy efficiency, is more a product of design than of cost. You can take the same materials and arrange them poorly or arrange them well." "With a combined income averaging $10,000 to $12,000 a year we lived simply and invested everything we could in building materials. --Thomas J. Thomas J. Log, Timber Frame, Strawbale and Earthen Construction Resources -Log House Construction, Overview and Books -Timber Frame Construction Books -Strawbale Construction, Overview and Books -Rammed Earth Construction Books -Terra Tiles -Earthships, Tire Houses -Earth-Sheltered Homes -Earth Bag Construction Looking to buy or sell land in the West? More three million acres in Montana have been subdivided into small parcels over the past 25 years.

A Low Impact Woodland Home The site before starting Hole dug and level, post positions marked out, dry stone foundation walls down, first retaining wall built against front bank. 30 or so small trees and a bit of chainsawing later. Lift logs, prop up, nail together and continue until no longer wobbly. Split logs over the top and palettes on the floor. Straw delivery. Build straw bale wall inside, a fun and quick job. Pop windows in the holes, stuff straw into any gaps then chainsaw trim the bales smooth with cute roundy corners. Father-in-law and tool bench, 4.30am. Spring, mud on the roof, plastering and whitewashing done, landscaping nearly finished, beer brewing, bread in the oven.